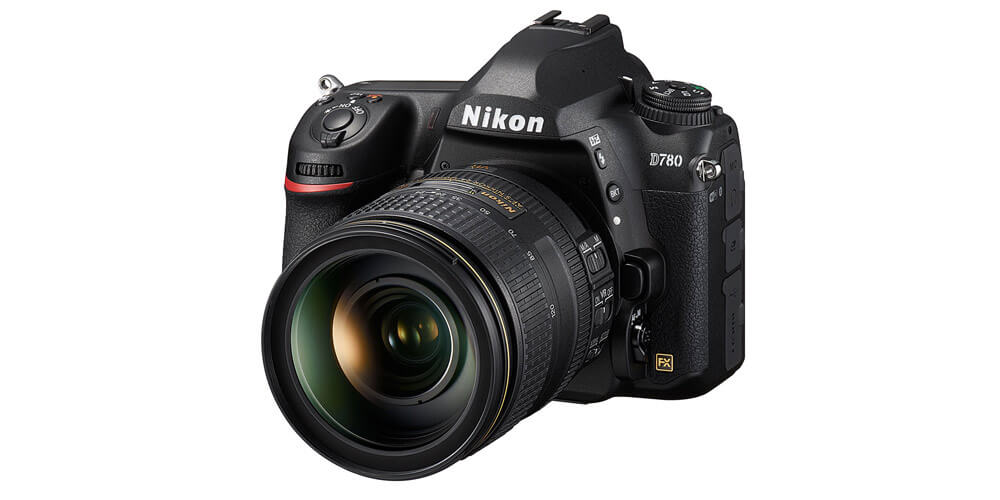 With the D780’s release at CES 2020, Nikon brings the long-awaited successor to the successful Nikon D750 after a gap of five years. It not only further develops the tech of the Nikon D750 but also combines some of the latest features of the mirrorless Z series.

Did you ever wish to have the touchscreen options and video capabilities of a mirrorless camera and the battery life, optical viewfinder, and lens compatibility of a DSLR? With the D780, Nikon comes close to fulfilling your wish.

However, the Nikon D780 has one pitfall: the price. At around $2300, it is significantly pricier than the Z6 and is almost as expensive as the D850. But does it make up for its price with a corresponding increase in performance? Let’s find out!

If you are familiar with Nikon’s ergonomics, the D780 will immediately feel at home in your hand. Only a few buttons have been moved and their operation has been brought closer to the more modern Nikon cameras. You can now access the ISO button on the right side of the camera on the D780, which makes it possible to operate it with one hand.

As with the Z series, the Live View button has been moved upward and is a little easier to reach with the thumb. The operating concept of the D780 is hardly a puzzle, especially for existing Nikon photographers, but it is also easy to learn for beginners and those in the process of switching.

The mechanics of the tilting display of the D780 are similar to those of the Nikon D750 and the Nikon D850. How often has the folding display saved you from lying on the ground to shoot down-low subjects with exciting angles! Even on a tripod, a folding display is a blessing. You can tilt the screen up and down by around 90 degrees, but not to the side. So, selfies like the ones you would get with the Z50 are not possible.

The display is still quite generous with a diagonal of 3.2 inches. Nikon has now increased the resolution to 2.36 million dots – twice that of its predecessor.

Much more important in practice, however, is that the display of the D780 is touch-sensitive. It offers roughly the same extensive touch functions as the mirrorless Nikon Z6. You will find it useful to quickly change a setting such as white balance or ISO sensitivity via the info menu. In live view mode, you can place the active focus field on the desired subject area with your fingertip.

Probably the most significant change (and the only downgrade in the D780’s design) is the omitted pop-up flash. It’s a shame because the flash was useful not only for brightening portraits but also for controlling the light pulses of system flash units. By eliminating the built-in flash, Nikon seems to focus on a more ambitious target group. But it didn’t want to do without a fully automatic mode and effect programs.

The body of the D780 consists of a plastic-magnesium alloy. Numerous seals keep the sensitive parts safe from splash and dust. The D780 feels good in the hand, thanks to the slip-proof, grained rubber-coated handle. However, you will miss the vertical grip if you are used to it.

At first glance, the Nikon D780 has nothing new to offer when it comes to autofocus. The AF module Advanced Multi-CAM 3500 II is unchanged with 51 measuring fields, 15 of which are cross-type sensors. However, Nikon has given the D780 the exposure sensor from the D5. Its 180,000 pixels promise significantly improved AF tracking.

The D780’s live view autofocus features have been improved even further. Gone are the days when you were at the mercy of a slow and often uncertain AF system while shooting from the screen. The D780’s Live View AF now benefits from the 24-megapixel sensor. It is equipped with 273 phase AF fields that cover around 90 percent of the sensor area. Its sensitivity ranges down to -4 EV and even down to -6 EV in the “autofocus with little light” mode. This range is much broader than the classic phase AF in the D750, which only works up to -3 EV.

In addition, you can take advantage of the image recognition functions from the Z series in live view. The D780 recognizes faces and eyes, focuses on them, and tracks them even in AF-C mode. Interestingly, it also keeps other parts of the subject in sharp focus once the AF system has been activated.

The D780 can do even more: if you switch to the fully electronic shutter, the continuous frame rate reaches up to 8 fps for RAW and 12 fps for JPEG – all while tracking focus and exposure! However, at this high speed of continuous shooting, the autofocus precision drops.

Having 24.5MP on a small image sensor results in an ideal compromise between resolution, noise behavior, and dynamic range. The fact that the D780 stays at a reasonable 24MP gives it superb noise behavior. Even at ISO 12,800, you will find that no color noise disturbs the color fidelity and the brightness noise remains pleasantly fine-grained. Above all, the dynamic range at ISO 12,800 is still very high – the lights don’t burn out and the shadows don’t blur. It is partly due to the relatively large pixel pitch of 5.9 µm.

Unlike the Z6, the D780 has to do without a stabilized image sensor. However, thanks to the outstanding ISO capabilities, it doesn’t really pose a problem. Also, you can easily underexpose RAW recordings with the D780 by -3 EV and higher and then brighten them in post-processing with practically zero negative effects. The depth dynamics of the D780 are so high that bracketing and subsequent HDR compositions are hardly necessary.

The new sensor and processor provide a much-needed boost to the D780’s video capabilities. The improvement is not just limited to the maximum resolution of 4K. It is primarily autofocus and subject tracking that makes shooting videos with the D780 easy.

Thanks to face recognition, the Nikon D780 reliably tracks the sharpness when shooting video. Also, note that Nikon has given the D780 the option for an electronic image stabilizer. It crops videos slightly, but the stabilization in handheld videos is quite apparent. Features such as time code, focus peaking, and a linear profile would impress videographers.

How Does the Nikon D780 Compare?

The Nikon D750, the predecessor of the D780, was already well equipped. Has Nikon found room for innovation? Of course! For example, the mechanical shutter now allows exposure times down to 1/8000 second. Like the D850, the D780 also works with the ES-2 film digitizing adapter, which makes it much easier to take pictures of slides and negatives.

The D780 not only benefits from some of the features of its elder sister, D850 but also its mirrorless cousin, Z6 – especially when it comes to autofocus and video recordings.

Final Thoughts on the Nikon D780

You might have heard from some photographers that the DSLR era is towards its demise. The Nikon D780 sets out to prove this notion wrong. Nikon is giving traditional SLR technology a new impetus with the D780 by transplanting the technology of the mirrorless Z6 into it.

In addition to the excellent live view and video capabilities, the image quality leaves nothing much to be desired – as long as you get by with 24.5 megapixels. In any case, the high ISO capabilities and superb dynamic range of the D780 rarely call for more pixels.

9
Score
The Nikon D780 is a classic DSLR with an excellent optical viewfinder, ergonomic body, and powerful battery, but no built-in flash. It beautifully combines elements from Nikon’s top DSLR and mirrorless cameras but also costs a few hundred bucks more than its mirrorless counterpart, the Nikon Z6.