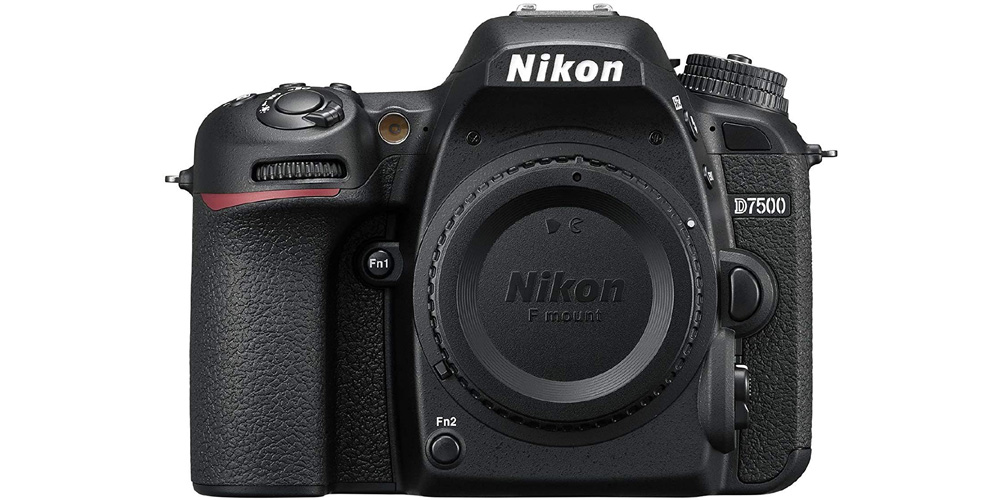 The Nikon D7500 is a high-end APS-C mid-ranger that inherits a lot of features from the Nikon D500, which was a premium DX-format camera. It sits between the D500 and the D7200, which has been discontinued now. So, what does the Nikon D7500 camera offer now? Well, this is a great option for fast action photography with its maximum shooting speed of eight frames per second. It supports 4K recording at 30 frames per second and comes with weather-sealing.

Let’s take a closer look at other features of this excellent camera and find out more about its capabilities.

Let’s discuss a little about the key features of the Nikon D7500 before getting into its design. The biggest change you will notice in this camera is its slightly low-resolution 20.9-megapixel sensor, while the D7100 and D7200 both were equipped with the 24-megapixel sensor. However, like the D500, the Nikon D7500’s sensor is coupled with Nikon’s EXPEED 5 imaging engine. Using a low-resolution sensor also helps when it comes to sensitivity.

As for the design, it weighs less than the D7200 but feels quite solid in your hand. The grip is slightly deeper and textured with soft coatings on the front and rear, which makes it easier to hold.

The weather-sealed body of the camera allows you to keep shooting if the conditions around don’t look friendly. While the D7200 was constructed with magnesium alloy panels, the D7500 only has a single monocoque construction, which, apparently, is done to reduce weight. The D7500 still feels quite solid and certainly doesn’t look plasticky.

The metering mode button on the top deck of the camera has been replaced with the dedicated ISO button, as was found on the Nikon D500. It has been moved slightly closer to the exposure compensation control, which makes it easier to reach.

On the back of the camera, the control layout is identical to its predecessor. Now the metering mode has been shifted to where the ISO control was, and the ‘i’ and ‘info’ switches have been swapped.

Unlike the D7200’s 1,299k-dot screen resolution, the D7500 only has 922k- dot screen, which seems to be the only backward step of this camera compared to its predecessor. However, the user experience still seems to be quite good.

With the same sensor as the D500, the Nikon D7500 delivers excellent images. At low ISO settings, the camera takes shots with a great level of detail, but as you stretch the ISO from low to high settings, that’s where the camera actually starts to shine.

At ISO 6400, detail in the images does suffer a little, but they are still outstanding. Above that point, at ISO 12,800, you will now see a bit of chroma noise but the images are still impressive.

The camera adds luminance noise at ISO 25,600 and ISO 51,200, but this to be expected. The images, however, are still usable. Beyond these sensitivities, let’s say at ISO 102,400 and ISO 204,800, there is a significant amount of noise but the camera does an excellent job here as well even at these high sensitivities, unlike many other cameras.

Dynamic range performance of the D7500 is also admirable. It does an excellent job while recovering the details from the shadows in images that look underexposed.

The D7500 brings along the same (reliable) 51-point autofocus system as its predecessor. However, its 180,000-pixel RGB metering sensor has been inherited from the Nikon D5 and D500, which means the camera now has a 90x higher resolution than its predecessor, the D7200. Consequently, the camera would be offering improved subject recognition and tracking. The D7500 is also a first APS-C camera from Nikon that has been presented with a true face recognition feature.

Fifteen of the 51 AF points are the more sensitive cross-type points for improved precision and accuracy, while the rest of the peripheral points are line sensors that help track the subjects in low-light situations.

An updated EN-EL15a battery has been included as well. It offers 950 shots per charge according to CIPA ratings. That’s way ahead than many mirrorless cameras but 150 shots less than the D7200’s battery. Obviously, the D7500 now makes use of a more powerful EXPEED 5 imaging engine.

The Nikon D7500 has a lot of improvements over its predecessor. It has an upgraded image sensor and metering sensor, supports 4K recording, has reduced weight and several other tweaks that make it worth considering. A more detailed comparison of both is provided below.

The Nikon D7500 is an impressive APS-C camera and offers excellent value for money. With its great 51-point AF system and eight frames per second burst shooting capability, the camera is a suitable choice for action photographers. Additionally, you get a combination of the 20.9-megapixel sensor and EXPEED 5 imaging engine, a tilt-angle touchscreen LCD and 4K video recording in a smaller body than the Nikon D500.

8
Score
The Nikon D7500 is an excellent camera with a handful of features, offered at a reasonable price. People who love to capture action shots will be happy to have it.