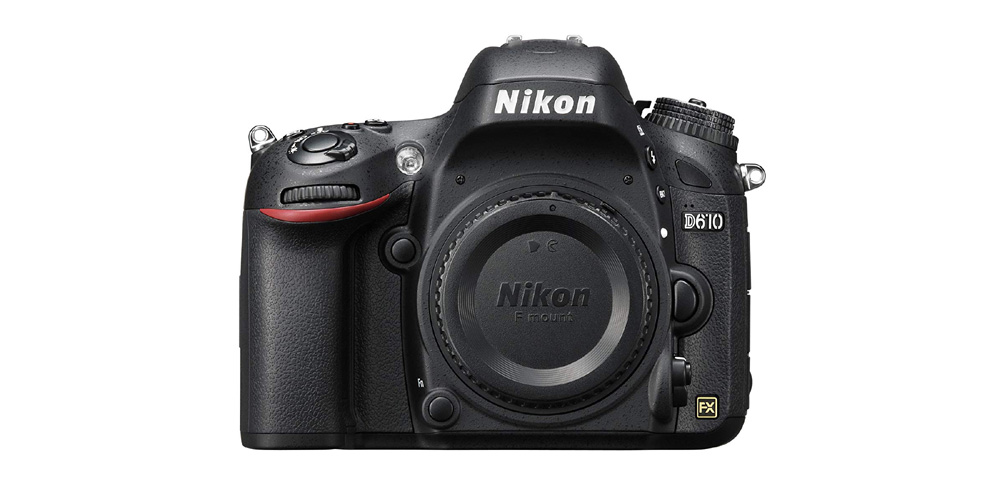 Back in 2012, Nikon launched its full-frame camera, the D600. Almost a year later it was replaced with the Nikon D610. The D610 is quite similar to the D600, but it comes with a few changes. Its improved shutter mechanism boosts continuous shooting, a new ‘Quiet Continuous’ mode has been added, and the only other noticeable change is its upgraded auto white balance system.

The Nikon D600 was an amazing camera with top-notch image quality. It was solidly built and had impressive video capturing capabilities. All was good until some users reported having an issue with the camera’s sensor collecting the dirt. Initially, Nikon didn’t accept it but four months after the launch of the D610 they officially acknowledged the issue. Users were advised to visit the services centers for free inspection and cleaning if they couldn’t do it themselves.

On the other hand, Nikon never said that the D610 was introduced to resolve the previous issues with the D600. However, the launch of the new model so soon with little to no changes indicated that it was developed to get past all those troubles that the D600 created.

So, how capable is the Nikon D610? Let’s take a closer look at this budget full-frame DSLR camera.

The Nikon D610 makes use of a 24.3-megapixel full-frame CMOS sensor coupled with the EXPEED 3 imaging engine. It has a native range of ISO 100-6400, which can be expanded to ISO 50-25600. The maximum shooting capability of the camera is six frames per second. However, with its Quiet Continuous mode enabled, the shooting rate drops to three frames per second and the camera makes less noise as the name indicates.

Its optical viewfinder provides 100 percent frame coverage with 0.7x magnification and the 3.2-inch screen has a 921k-dot resolution.

The camera is very well built and feels solid. Like the D800 or D4, it doesn’t have the full magnesium alloy frame but its top and the rear are covered with magnesium alloy. You will also find the seals that keep the moisture away while shooting in the bad weather.

Handling of the camera is excellent. Although it doesn’t feature a soft rubber grip like the D800, it is still quite comfortable to hold. The front of the camera looks similar to the Nikon D7100. There are two programmable buttons, a lens release button, a flash, and an AF/M switch. The top dial at the left and the rest of the layout are also similar to the D7100.

There are five buttons to the left of the main LCD including Menu, Picture Control, White Balance, Quality, and ISO. On the right, you will find the multi-selector, Live View and Info buttons. The AF-ON button isn’t included, so you will have to program the AE-L/AF-L button if you need to focus and recompose.

The two card slots can be set in three different configurations; backup, overflow, and RAW/JPEG. Like the D7100, the battery compartment of the D610 also has a safety holder that doesn’t let the battery fall when you unlock the door.

The 24.3-megapixel FX sensor on the Nikon D610 doesn’t disappoint when it comes to imaging performance. It delivers results with a great amount of detail and is quite good at recovering the visual information from the shadows. Hence the camera has incredible dynamic range performance.

Image colors are excellent and you won’t be able to tell any difference if you compare the color rendering and skin tones of the D610 and D800. High ISOs are very well handled so the low-light performance of the D610 is also impressive like the D800.

Autofocus is another area where the D610 excellently performs. It uses the same 39-point AF system as the D7000. In daylight conditions, the camera accurately focuses on the subjects most of the time. Again, the AF performance of the D610 is quite similar to the D800 and you won’t find any issues. Although the AF system of the modern cameras (even entry-level cameras) doesn’t tell much in daylight scenarios, it is judged better in low-light environments or when the subject being focused is moving fast.

As for low-light AF performance, the D610 works well while shooting in low-light conditions and subject tracking is good overall. However, you may observe some accuracy issues in certain conditions. The D610 doesn’t have a sensor-based image stabilization system so you will have to rely on the Optical Image Stabilization of your lens.

The Nikon D610 features a custom rechargeable lithium-ion battery, which keeps it running and provides you an incredible 900 shots on a single charge while using an optical viewfinder. However, if you plan on using the camera with Live View or shooting the movies with it, you will want to carry a spare with you as the battery drains much faster with those modes activated.

How Does the Nikon D610 Compare?

As mentioned earlier, the Nikon D600 was already an amazing camera and its successor, the Nikon D610 was launched to fix some issues that users found in it. So, they have the same features set except a few changes and upgrades in the Nikon D610.

The Nikon D610 is an outstanding, budget-friendly, full-frame camera that is packed with great features and produces outstanding image quality. Although there are no dramatic improvements over the already-excellent D600, thanks to the D610’s new shutter mechanism, the previous issues have been resolved. Other upgrades include a slight improvement in burst shooting, new Quiet Continuous mode, and improved auto white balance.

The camera has a solid construction, decent handling, and great battery life. AF system performance is also quite good. It’s an ideal choice for intermediate or professional photographers looking to move to full-frame for the first time.

8
Score
Although the Nikon D610 comes with minor changes, it remains an excellent camera. It can be an ideal choice for you unless you already own the Nikon D600.