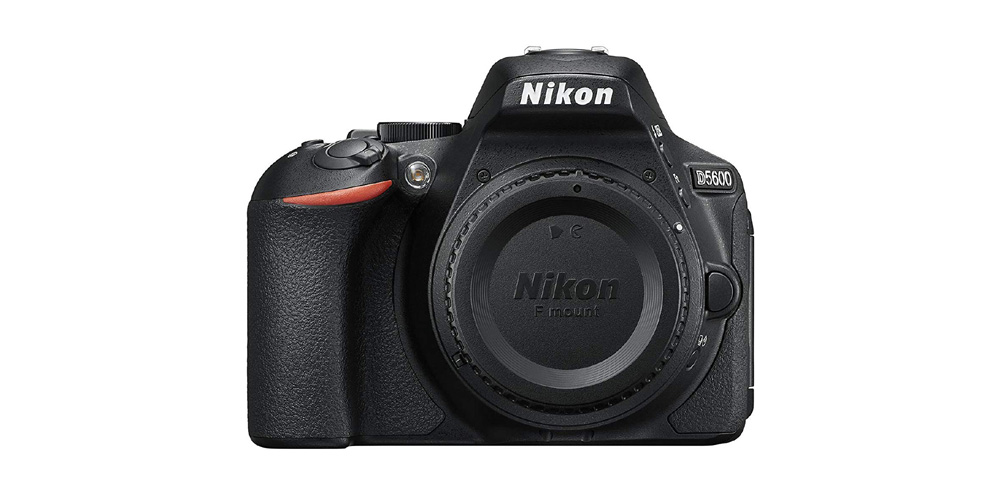 The Nikon D5600 replaces the old D5500 and is loaded with some new features that might be the deciding factor in whether or not you upgrade.

The new DX-format DSLR comes with the capability to maintain a constant link with your smartphone or tablet via a Snapbridge app, which helps establish a low-power Bluetooth link. The frame advance bar allows you to quickly scroll through images in playback mode – a feature that has been inherited from Nikon’s professional models like the D5 and D500.

Using the Time-Lapse Movie function, video shooters are able to transform slow-moving scenes into high-speed sequences. The camera now allows you to operate its Auto Sensitivity function via the touchscreen interface.

Let’s find out more about the design, features, and picture-taking capabilities of the Nikon D5600.

The Nikon D5600 looks similar to its predecessor and they also share the core components. The D5600 is lightweight and has a compact design. Its grip makes it comfortable to hold and feels quite familiar to any photographer who has experienced Nikon’s beginner-level DX series cameras before.

Like the Nikon D5500, the D5600’s body measures 4.9 x 3.8 x 2.8 inches and weighs 16.4 ounces with the battery included. Although it’s heavier than its mirrorless rivals, the battery life of the camera has been significantly improved – rated at incredible 970 shots per charge, up from 820 shots for the D5500. The D5600’s mirrorless competitors struggle to achieve even half that number.

Unlike the more advanced Nikon cameras, the D5600 retains the pop-up flash. On the back of the camera, you will find an articulated 3.2-inch touchscreen display with a 1,037k-dot resolution. It is the same display as the D5500.

The Nikon D5600, like the D5500, employs the same 24.2-megapixel APS-C (DX-format) sensor and Expeed 4 processor, and it produces extremely high-quality images with an average size of around 8MB. The ISO of the camera ranges from 100 to 25,600.

Using the default sharpening settings, the camera produces soft images that will need further sharpening in post-processing. Or you will need to change the in-camera setting for JPEGs. The pop-up flash helps a lot to capture plenty of light if you are shooting at night. Additionally, the maximum shutter speed of 30 seconds will produce excellent results at night as well.

Active D-Lighting optimizes high contrast images to restore shadow and highlights details that are lost. By combining two images taken at different exposures, the HDR mode greatly enhances the dynamic range. Some great creative effects are also provided to get more out of the JPEG images.

The Nikon D5600 features a 39-point autofocus system that has nine cross-type points. Again, it’s the same AF system used previously in the D5500. The camera has the maximum shooting speed of five frames per second, which helps quite a lot in capturing some nice action scenes. However, it doesn’t match the performance of the Nikon’s DX flagship, the D500, which is equipped with a 193-point AF system and has maximum continuous shooting capability of 10 frames per second. That being said, the D5600 won’t disappoint a hobbyist or mid-level photographer. Although the Nikon D5600 costs one-third of what the D500 costs, you probably won’t be able to tell the difference between the images taken with these cameras.

With a maximum capture rate of 60 frames per second, the D5600 supports video at up to full HD (1,920 x 1,080-pixel) resolution. The camera includes a microphone input, which will help you capture better audio. It is more than capable for casual users if they need it to handle slow-moving scenes, but if you specifically target a camera for videography, the Sony a6300 or a Canon DSLR with Dual Pixel AF will do better than the D5600.

Overall, there isn’t much that has been changed in the latest model. Nikon has provided SnapBridge compatibility and, certainly, the latest firmware update should improve some performance. Although it’s pretty cool to see every image being transferred automatically to your smartphone in the pocket, it doesn’t necessarily mean we want to send all those images to the phone. The D5500 already had standard Wi-Fi image sharing capability, so this new feature isn’t a game changer.

As mentioned, the Nikon D5600 comes equipped with almost the same features that its predecessor already had, but there are a few changes that can be seen in the detailed comparison of these cameras.

The Nikon D5600 is a great entry-level DSLR that offers great image quality and overall performance. It brings along some new features that its predecessor lacked. Those include SnapBridge compatibility to help automate the transfer of the files to your smartphone, timelapses for video shooters and a little improvement over the D5500’s battery life. Other features almost remain the same. If any of these newly added features aren’t on your wish list, the D5500 would still be a good choice for you.

8
Score
While the Nikon D5600 only has modest improvements over its predecessor, it may prove to be an excellent choice for entry-level shooters.