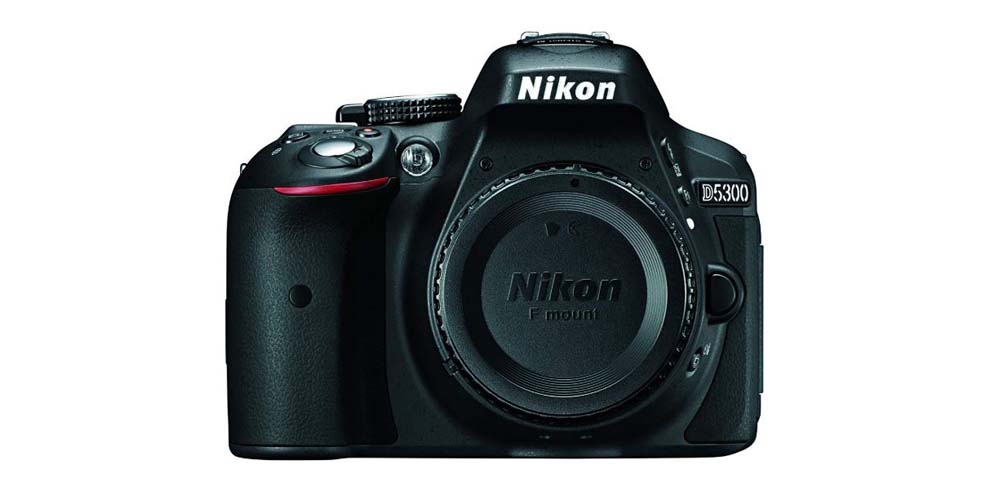 The Nikon D5200 was a successful “advanced beginner” DSLR that was a great combination of a powerful imaging sensor and solid build quality. It was also reasonably priced that attracted many entry-level shooters who were looking to upgrade their photography skills with advanced feature-packed DSLR.

In 2013, Nikon introduced D5200’s successor, the Nikon D5300, with an expanded feature-set. It has a newly developed sensor, a WiFi connectivity option, and numerous other tweaks. So the question is: are the D5300’s improvements over its predecessor truly felt? We will explore them in detail and see if we can find out.

The Nikon D5300 features a 24.2MP APS-C sensor coupled with the EXPEED 4 processing engine found in the Nikon D3300. However, the D5300 uses a sensor without a low-pass (anti-aliasing) filter, which offers the potential to capture images in more detail. It has a fully articulated 3.2″ LCD screen with 1,037k dots resolution.

Despite its plastic body, the Nikon D5300 feels like a solid well-constructed camera with a comfortable grip. It’s some 20g lighter than its predecessor. Like the D7100, it’s not a professional-grade camera; however, it acquires a few features from it. This is something to be expected as the cost of the D7100 is significantly higher than the D5300.

A pair of stereo microphones are placed on the top deck; since the D3300 only had the option for mono recording, this is a welcome addition. You will also find a speaker, auto pop-up flash, hot shoe, and a mode dial on top of the camera.

There is a lever next to the mode dial that will help you quickly move into Live View. A red-dot video recording button sits on top of the grip along with the Info and Exposure Compensation buttons. The functionality of the Info button is similar to cameras from other brands. It wakes up the LCD and shows you the shooting info when the Nikon D5300 is in rest mode.

The optical viewfinder and the LCD, two critical DSLR components, are placed on the rear. The viewfinder has a 95 percent field of view, which is slightly dim. The 3.2-inch articulated LCD does well in direct sunlight once you increase the brightness. This articulated screen enables you to hold the camera at a variety of angles to easily capture creative shots.

Above the LCD screen to the right of the viewfinder is an ‘i’ button, which can be used to access key shooting parameters (ISO, white balance, exposure compensation, aperture, shutter speed, etc.) in the quick menu.

Here the AE-L/AF-L button sits to the right of the ‘i’ button. It helps lock the exposure and focus while taking the shot. Just like the D5200, there is a menu button on the left top of the LCD on the rear of the camera.

On the rear to the right of the LCD, a four-way controller and the ‘OK’ button are placed to help you navigate the camera’s menus, set shooting parameters, and adjust AF point. You will see playback, magnification, and delete buttons around the four-way controller.

Near the lens mount are the Function, and Burst mode buttons. The Function button by default is set to change the ISO settings but it can be customized to any of nine settings. This makes the D5300 a highly customizable camera.

Overall, the performance of the Nikon D5300 is almost the same as the D5200. It’s on-screen response to the button and dial operation is great whether you navigate through the different menu options, zoom in and out of live view or change various shooting parameters.

You can easily change the common settings by simply using the available external controls and shortcut keys, however, you will have to delve into the main menu system to explore more advanced controls such as changing Auto ISO parameters or enabling distortion control.

The D5300 features the same 39-point (nine cross-type) autofocus system as its predecessor and the D7000. For most purposes, the autofocus is speedy and accurate, so the camera’s autofocus performance is fine overall. However, like many entry-level DSLR cameras, the D5300 struggles to focus in very low light conditions and tells you that the scene is in focus when it isn’t.

The AF-S and AF-C are relatively accurate if situations are not challenging. Focus speed with the 18-55mm f/3.5-5.6 VR II is great. It’s important for you to know that the Nikon also offers faster-focusing lenses.

The Nikon D5300 generally produces pleasant images with great amount of detail and nice, vibrant colors. At ISO 100-1600 the JPEG images are noise-free and also look pretty good at ISO 3200. You will observe only a little noise at ISO 6400 while the results are quite noisier and softening of fine detail appears at ISO 12800 and 25600.

The automatic white balance system of the D5300 delivers great results in a range of lighting conditions. It even produces natural looking images in artificial light. The images captured in shaded and overcast conditions also look decent.

The D5300 features an EN-EL14a rechargeable lithium-ion battery which is rated for 600 shots. However, this number is reduced if you activate the onboard GPS and WiFi.

The Nikon D5300 brings along some improvements over its predecessor. It has an upgraded processor, WiFi, a slightly larger LCD, and improved battery life. Some other major specifications are compared in the table below.

The Nikon D5300 has slightly improved performance over the D5200 but it has been equipped with some compelling features like built-in GPS and Wi-Fi that are missing in its rivals such as the Canon T5i.

It produces great quality images and you get enough shooting power for the price. If you plan to upgrade from the kit lens to higher-quality optics, its performance remarkably improves.

The D5300 is a good option for someone who is looking to step up to an advanced beginner DSLR, but if you already own the D5200, the new improvements probably aren’t enough to switch to this camera.

8
Score
Nikon D5300 can be a great option for those who are looking for high-resolution images and photographers who need to upgrade from a point-and-shoot camera to an upper-entry-level DSLR. A good battery life, WiFI, and simple control layout add some great advantages.