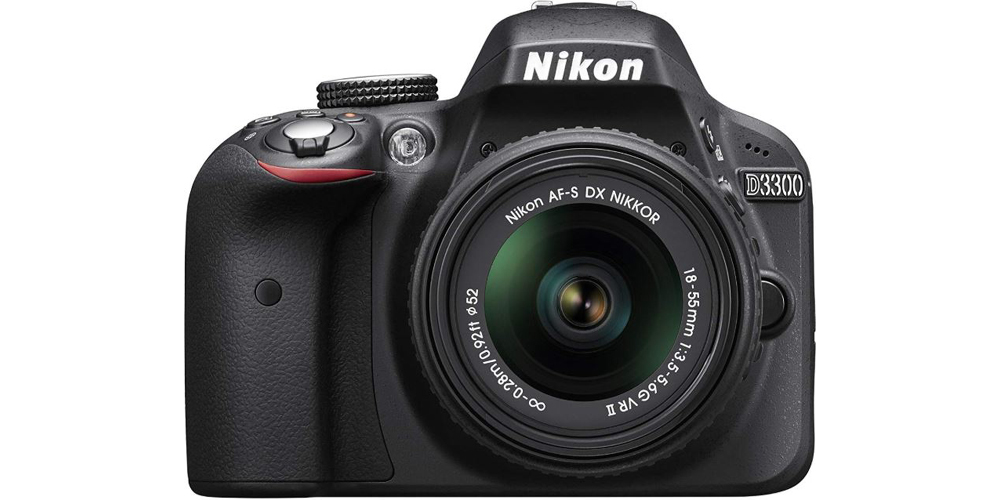 The high-resolution sensor in the Nikon D3300 means to capture great amount of detail, putting the camera in the category of significantly advanced cameras. The camera is equipped with the same 24-megapixel resolution sensor as found on its predecessor the D3200. However, the D3300 doesn’t feature the optical anti-aliasing filter which directly impacts the image quality.

It reduces the effects of optical aberrations and unwanted artifacts that appear on the images. While the anti-aliasing filters clearly reduce these effects, you will also lose some image sharpness. Recently most of the cameras from different camera manufacturers don’t come with these filters.

The Nikon D3300 is an entry-level DSLR camera that boasts a 24.2-megapixel DX-format APS-C sensor and the new EXPEED 4 processor. It is capable of shooting at a speed of five frames per second. The 11-point autofocus system with a cross-type sensor is placed in the center which ensures great accuracy.

The camera features a 3-inch LCD screen with a 921k-dot resolution, quick-access Live View mode and one-touch full 1080p HD video recording with autofocus. It has an ISO range of 100-25600.

The body of the D3300 is mainly built with plastic and its design looks nearly identical to its predecessor. It has a solid comfortable grip with a textured surface, making it feel quite secure in-hand.

The camera has minimum dials and buttons and is very simple to use. Like many other cameras from the Nikon, menu and the playback buttons are placed on the left of the LCD monitor and the navigation keys can be found on the right.

There are a few direct access buttons for different settings. On top of the camera, you will find exposure compensation control which is situated next to the shutter release. There is a button on the front which can be customized by the user to control his preferred function. A button is also provided to control flash settings. You can access all other image settings through the menus on the rear display.

Another helpful addition for the beginners is ‘?’ function provided on each of the settings which can tell you about the setting and what it can do.

The Nikon D3300 is 1mm thinner, 1mm shallower and a whole 2mm taller than its predecessor. It also weighs 25g less. The 18-55mm kit lens that is purchased with the camera is collapsible and it’s not small if you compare it with the compact system camera lenses of the same equivalent zoom range. However, the lens is a little shorter than its predecessor which makes it easy to fit in a small bag.

Overall, the response time of the D3300 is great. It powers up fast and is ready to start shooting. You can quickly activate the menus with the given buttons. However, you won’t be able to use the rear dial to navigate quick menus.

At default settings, playback mode shows a slideshow-type transition when you scroll through the images, which can sometimes be annoying for impatient people. This can be easily turned off if you go to the ‘playback display options’ and then turn the ‘transition effects’ off.

The autofocus of the camera works well in good lighting conditions with the kit lens; it slows down a bit in low light but it’s never unreasonably slow. Although in extremely low light the camera sometimes fails to focus.

The D3300 gives you direct access to the AF points which turns out to be a very handy feature when the 11-point autofocus system finds itself in challenging conditions. It lets you take control easily and get the subject in focus.

One thing should be noticed here is that the autofocus does a good job with viewfinder shooting. Nikon’s live view autofocus, on the other hand, is not as good and lags behind the mirrorless competition. It can be used for static subjects and portraits but struggles to keep up if you are shooting moving subjects. People who are planning to step up from compact cameras and looking for live view experience should seriously think about the D3300 before buying. It would be a good idea to look for its mirrorless rivals.

As far as the image quality is concerned, the Nikon D3300 produces excellent quality images. The images are indistinguishable at ISO 100 through ISO 400. A little noise starts appearing at ISO 800 but images are still very clean at these settings and one can barely notice the noise. At ISO 1600 and 3300, the noise is quite visible however the results are still usable. You will observe progressively more noise at ISO 6400 and 12800.

At default settings the JPEGs are soft but by switching to RAW settings, you will experience a great amount of detail the camera sensor produces. Images captured in low light were also great. Active D-Lighting feature recovers the details in the shadows and helps the camera capture the areas of high contrast images.

The D3300 is powered by the Nikon’s EN-EL14a rechargeable lithium-ion battery which provides enough juice to capture 700 shots as rated by the CIPA testing standards. That’s way above the Canon T5‘s estimated 440 shots and the Pentax K-50’s 410 shots. The rival mirrorless cameras of the D3300 would rarely go above 300 shots. A MH-24 charger comes packing with the camera which takes less than two hours to completely charge the camera.

The Nikon D3300 has several improvements over its predecessor, the Nikon D3200. It has an upgraded image processing sensor as well as an extended ISO and battery life. The table below illustrates the differences in more detail.

The Nikon D3300 comes with a high-resolution sensor and competitive price, and these are the two big plus points of the camera. Its low pass filter has been removed that ensures the maximum amount of detail.

The straightforward control design of the camera makes it easy to operate for the entry-level users. The D3300 is very responsive and has an excellent picture quality in most of the situations. It can be a great choice for the people who are new to the photography world and need to acquire great photography skills.

8
Score
With its simple operation and elegant design, the Nikon D3300 remains an amazing entry-level DSLR. Although, it’s not a perfect camera in every way and struggles to preserve detail at high ISOs, it’s still difficult for many people to ignore it, especially at the available price point.