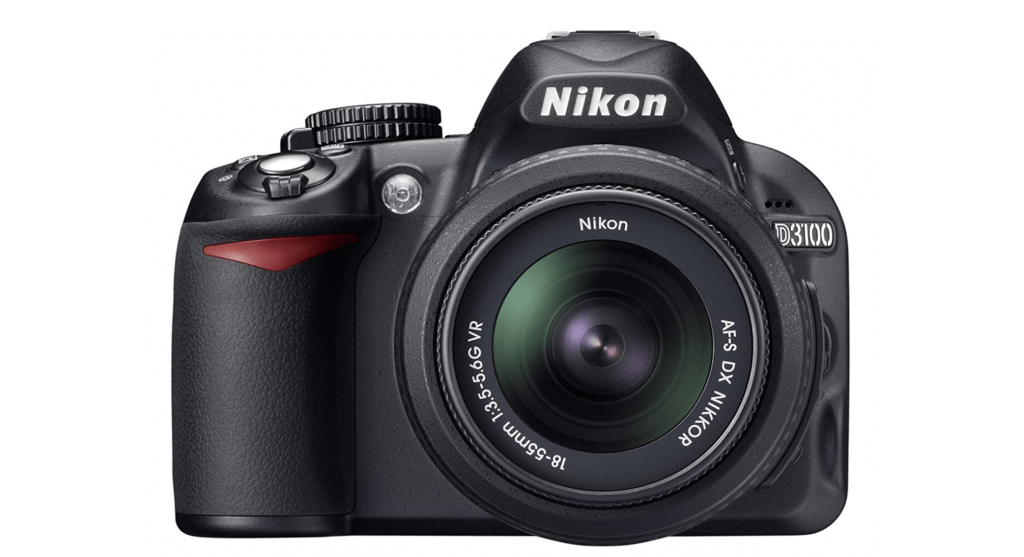 Nikon has developed a habit of making very attractive entry-level DSLRs that are cleverly designed so that they are enjoyable to shoot with. Arriving on the market in September 2010, the Nikon D3100 is no exception to this trend and is one of the best beginning digital cameras. The Nikon D3100 price tag also makes it an affordable, entry-level DSLR.

The Nikon D3100 stands as a great camera for beginners. In fact, It was designed in a way that makes it easy and enjoyable for those who are new to photography and wish to learn the basics. The Nikon D3100 is one of the top-rated beginner cameras on today’s market.

Key Features of the Nikon D3100

These are some of the great features that makes the Nikon D3100 a great fit for beginning photographers.

The Nikon D3100 remains today one of the most pleasant to hold cameras in its class. It is a small camera but it is very comfortable to use. As all starter DSLRs, the D3100 is more compact than a professional camera. However, the body feels solid as it is light yet robust. When attached to the 18-55mm kit lens, the camera as a whole feels good and not obviously plastic-y.

The most noticeable change to the D3100 is the addition of a live view lever and a movie record button on the rear of the camera. They’re positioned in such a way  that it is easily accessible and that there is little risk of activate it accidentally.

Nikon has also added two ports to the D3100. The camera has in fact a USB, an HDMI connector, AV sockets and a connector for the GP1 GPS unit, which doubles as a socket for the MC-DC2 remote control.

A new battery was provided for the camera, the EN-EL14. It has a very similar capacity to the one used in the D3000 but offers a slightly higher voltage. Nikon has also added a drive mode switch which offers single, continuous, self-timer, and the now-standard Nikon’s ‘quiet mode’.

The D3100 shows significant improvements compared to its predecessor, and whilst there are more features that could have been added, this camera stands as a great start-up camera for any photography enthusiast.

The Nikon D3100 screen is displayed as soon as you turn the camera on. If the screen has switched itself off, pressing any button or lightly touching the shutter release will put it back on.

In both Graphic and Classic screens, pressing the ‘i’ allows the user to edit these parameters. The ‘Guide Mode’ was introduced in the D3000 and adapted for the D3100. It is designed to simplify the operation of the camera for the benefit of those new to DSLRs, without taking all the control away from them.

The ‘Advanced’ setting only nudges the photographer towards controlling wether the aperture or the shutter speed (using the specific setting mode). Both of these settings are skinned with a simplified interface, which allows the user to slowly learn how to control the diverse settings of a DSLR.

Still images in the D3100 are sharp and of great quality. When paired with a great lens, the D3100 provides sharp and vivid images.

Default images out of the D3100 with the kit lens were quite good, however the standard color setting can be a little too saturated depending on the photographer’s taste. However, when putting the camera on the ‘neutral’ setting, the images come out with a more accurate representation of what is photographed.

The image quality at high ISO such as 12800 and 1600 shows a loss of detail. But while the drop is apparent, the camera is still doing very well.

Like the other Nikon entry-level cameras, the D3100 does not have an in-body autofocus motor, which makes focusing performance highly dependent on the lens used. This also means that the camera will not focus non-AF-S Nikkor lenses or third-party lenses which lack a built-in motor.

Just like in all DSLRs, the D3100 uses two different autofocus methods: ‘phase detect AF’ for normal eye-level shooting and ‘contrast-detect AF’ when in live view.  The former is faster as it is what the lenses’ AF motor systems are designed for.

The 3D-tracking mode is pretty effective at tracking moving subjects. However, the ‘contrast-detect’ AF has a more flexible focus-point placement. With the standard kit lens, the focus speed is fairly average.

However, using a better lens shows the true benefits of the D3100’s AF systems. In comparison with other DSLRs, live view’s autofocus is relatively fast and very accurate.

Another feature added to the D3100 is the continuous autofocus more for live view and movies that attempts to keep moving subject in focus. One problem with this method is that when shooting movies, the internal microphone, being positioned in the camera’s shoulder close to the lens, picks up any noise from the autofocus monitor.

The only fair comparison for the Nikon D3100 is another budget entry-level camera designed for beginners. For this, we will check out a similar offering from the rival company Canon.

The Canon 1300D, otherwise known as the Rebel T6, is a popular option to consider. It costs slightly more but the specs are improved across the board.

Get Started With the Nikon D3100

The kit lens (18-55mm) can be no match for a dedicated prime lens but is not bad at all. For an entry-level camera, this combo offers the photography enthusiast to get a taste of what can be manipulated on a DSLR.

The low-light performance of this camera is quite impressive considering its price. Image noise/grain only becomes highly noticeable when at ISO 12,800, which makes it a great start for low-light photography.

Overall, this camera emphasizes ease of use and offers must-have technology in photography. It provides a gentle hand-holding and allows for the less experienced to up their photography game.

The D3100 feels solidly constructed. It is fast and responsive and is capable of providing some shape and colorful images while being fairly priced. As such, the D3100 is a great choice for anyone who does not own a DSLR but desires a more professional look.

8
Score
The Nikon D3100 is a great camera for photography enthusiast and those who are new to DSLRs. It offers easy access to all the settings in order for the user to have control over it. It also provides its users with a Guide to simplify those settings and allow for an easy and enjoyable use of the camera.