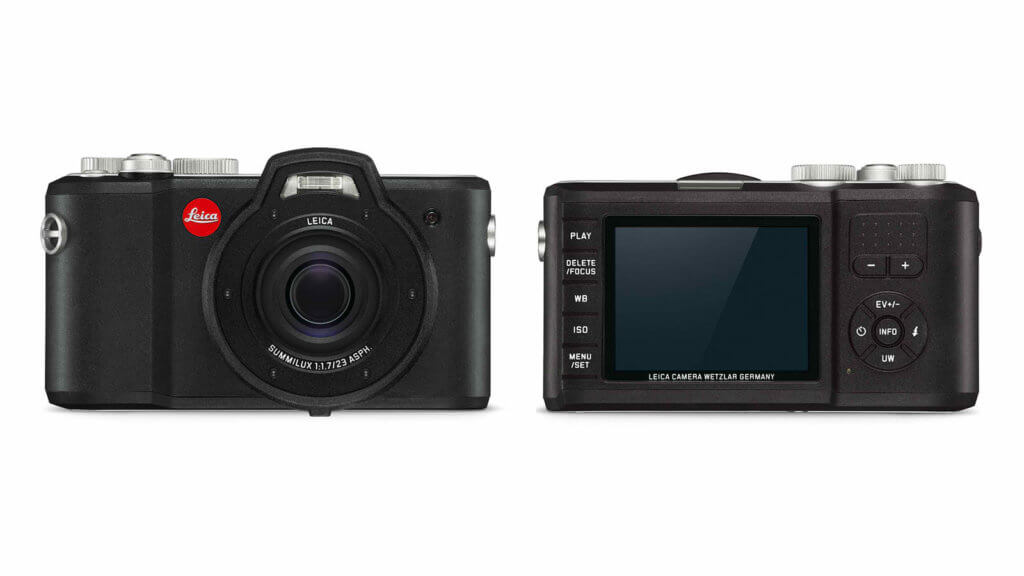 The Leica X-U (Typ 113) is the second and upgraded version of the X (Typ 113), which was released back in 2014. The X (Typ 113) is a quality camera that captures top-notch images but there were a few downfalls to it like its slow focus and operational quirks.

With the X-U (Typ 113), Leica made the improvements that were asked for and a bit more. The camera is also waterproof, shockproof, and dustproof. Since most underwater cameras come with the same sensor, the X-U defeats its competitors with its SLR-sized image sensor. And because of that, you can understand the quality it will give you with its price point.

The X-U has a similar body to the X (Typ 113) as it measures 3.1 by 5.5 inches by 3.5 inches. The exterior is covered in rubber which is convenient not only for its extra grip security but adds cushion if its falls. There is also a handgrip which secures the camera when holding it. These additions make it easier and more comfortable to hold than the Nikon 1 AW1.

To control the camera, there’s a shutter speed dial, an aperture control dial, and a button to capture 1080p videos. For Single (S) and Continuous (C) shooting, the power button controls those modes. You also find the shutter release surrounded by the power switch.

Majority of the buttons are placed along the left of the LCD. The Play, Delete/Focus, White Balance, ISO, and Menu/Set buttons are put from the top to bottom while to the right is the -/+ control button. This is used to control the exposure compensation when shooting in Shutter or Aperture Priority mode.

The lens on the X-U is a 23mm f/1.7 prime which has a similar field of view as the 35mm lens on a full-frame system. The lens has the ability to focus on objects as close as 7.9 inches but with that comes a setback. The closer you zoom in, the aperture also goes down to f/2.8 which cuts off the amount of light and can impact the image quality.

That is not the only time the ISO sensitivity is cut. If you happen to shoot under a bright light, the system of the camera automatically drops the ISO sensitivity even if it is already at a very high level. This is done to help you not overexpose an image, which ultimately is beneficial for the user, but should be able to be turned off as well.

Between the X-U’s previous model, the X, both cameras have similar image qualities. But the main difference is the autofocus which tends to be on the slower side. It can take about 0.4-seconds to lock on the target and snap an image. There is also the same burst shooting which goes at 5fps for seven frames at a time.

As for the quality, photos are cleaner and sharper with the X-U. When shooting at the camera’s widest aperture, the lens has 1,821 lines per photo height, which is impressive for a 16-megapixel camera. The X has 1,747 lines per photo. But the image noise is the same – the X-U keeps noise below 1.5 percent when the ISO is at 1600. If you are looking for bright images, it is best to shoot in Raw images as it tends to be a bit more vibrant than JPGs.

How Does the Leica X-U Compare?

The Leica X-U (Typ 113) is an impressive compact camera to say the least. It can go underwater, that does not need external housing, and delivers incredible photos with its SLR-sized image sensor. It definitely is in its own league as many of its competitors can’t be compared, which is a great thing for Leica. The only thing is the X-U is an investment as it is priced like a Leica.

You have to consider all the other options when it comes to shooting underwater. Of course, you can buy an underwater housing for an SLR or mirrorless camera, which can go for more than a grand, but you can potentially still save money. In the end, it all depends on what you are looking for and what you can afford. The Leica X-U (Typ 113) is without a doubt an incredible camera where you won’t have to worry much about damage.

9
Score
The Leica X-U (Typ 113) will leave you amazed with its image quality. It's an underwater camera with an SLR-sized image sensor so you can expect nothing but pristine photos. But with all this quality, comes a price - an expensive price.