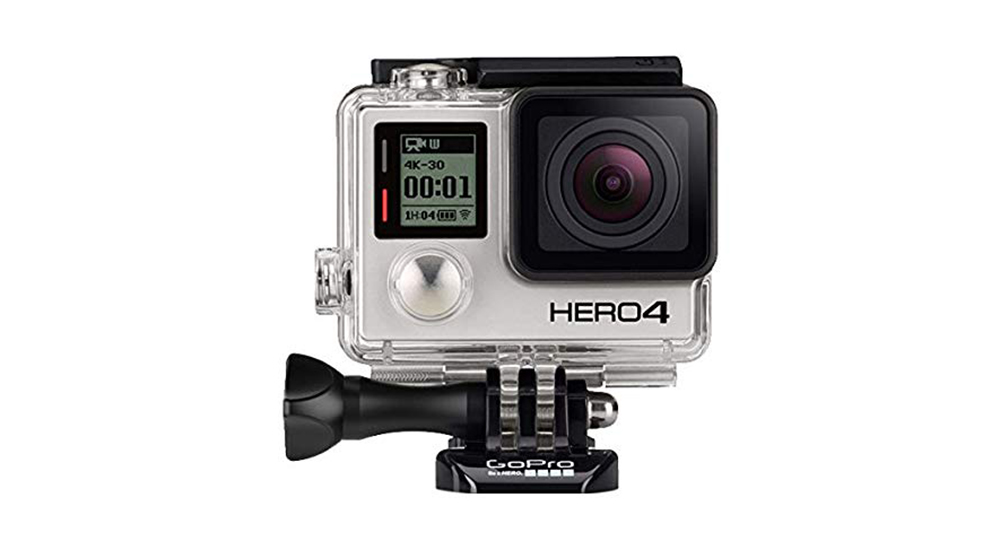 Many companies are expanding their market by making more than just point-and-shoot cameras or DSLRs. Action cameras are becoming pivotal as photographers are going through all types of environments to capture incredible moments and imagery. But this is more than just for professionals.

Consumers want something they can take on the go without worrying if the camera will be able to survive, and companies are responding. And if there is one company that always puts its best foot forward with action cameras, it is GoPro.

Since the release of the GoPro HERO4 Black, there has been the GoPro HERO5 Black that has taken the spotlight. But the HERO4 still has quality features that meet the requirements you are looking for and nowadays, you can find it at a cheaper price.

One of the amazing qualities of the GoPro HERO4 Black is its compact size. It is similar to a matchbox, maybe a bit bigger. This tiny piece of technology holds a great system within it, like the ability to shoot 4K videos at 30 frames per second (fps).

Although there is no screen which can be a nuisance if you are someone who wants to know what is being recorded at all times, this can be solved with the GoPro app where you would have to connect the camera via WiFi through a smart device. Regardless, the camera has an angle view of 170-degrees so missing your subject is unlikely.

As for the GoPro mount, it is supported by many third-party manufacturers which makes GoPro such a great company to purchase from. If you plan on buying from other sellers, there’s always a large number of accessories catered to GoPro gear. Aside from that, the GoPro mount is extremely secure as you bolt down the camera tightly which reduces the wobble other action cameras have.

There are some physical minor changes that don’t correlate to how the camera functions. The WiFi lights have been changed to two small illuminated slits on the left side of the LED screen. Similarly, the button on the right side is now the settings button instead of the WiFi button. By holding it, it will control the WiFi.

The video quality is one of the strongest feature GoPro has against its competitors. The best part is, all you have to do is turn on the camera and press record. Although, first-time users might be overwhelmed with the number of resolution options.

Within the camera, there are 12 resolutions and a large variety of frame rates you can choose from. However, if you find yourself troubled, HD and 1080p are the go-to options when it comes to using GoPro gear.

GoPro and many of its rivals are considered as ‘point of view’ cameras. This gives the viewer a sense that they are in the shoes of the videographer, which is where the ‘point of view’ camera gets its name. With its high-quality and high-resolution, these POV cameras have become popular within the camera market. And GoPro has its signature wide-angle that gives a great view of the surroundings.

As mentioned earlier, the GoPro HERO4 Black shoots a 170-degree point of view with an f/2.8 lens. You have the ability to change the point of view to narrow it down in some resolution settings. By changing this, it can impact the footage quality so it can be more convenient to stick to the stand viewpoint.

How Does the GoPro HERO4 Black Compare?

GoPro has a simple but effective approach when it comes to their gear. It is easy to use for all types of consumers and does a spectacular job. That is why GoPro is so successful in comparison to many other companies.

The GoPro HERO4 Black is a matchbox-sized camera that can be taken anywhere and when in use, won’t disappoint. Also, the quality will always meet expectation and you will have the freedom to take incredible footage, especially with the large variety of mounts available.

9
Score
GoPro is known for their action cameras and with the HERO4 Black, you can expect nothing but the best. There have been a few other models released since this model but it still has everything you might be looking for - and with a cheaper price tag.