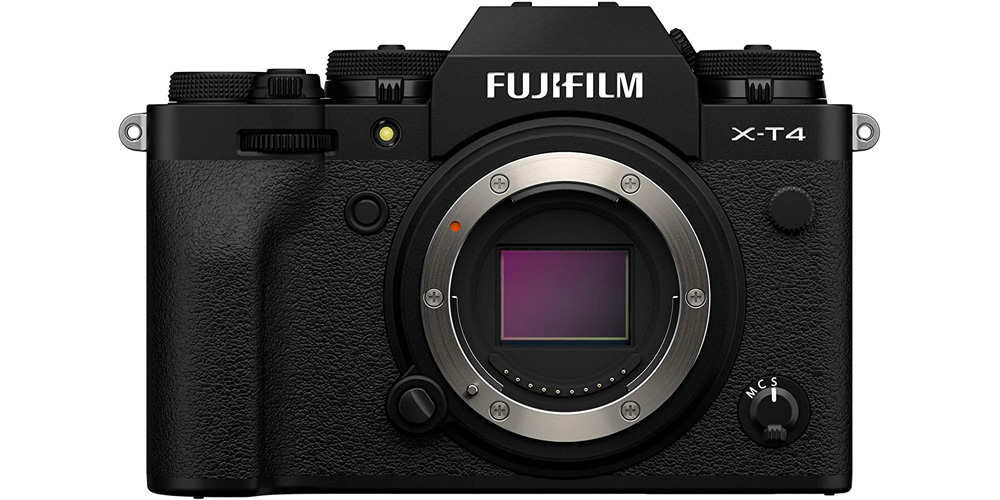 The Fujifilm X-T4 is a mirrorless camera that features an elegant retro design and comes packed with numerous advanced features that you haven’t seen in any other Fujifilm X-T camera so far.

Like its predecessor, the Fujifilm X-T3, this new X-T4 is for both amateur photographers and professionals who are looking for the latest mirrorless magic in an exciting package. It includes an in-body image stabilization (IBIS) system which is a headline feature and makes the Fujifilm X-T4 only the second Fujifilm camera that employs this technology.

Whether you are a video or a stills shooter, you can significantly benefit from the IBIS system, and its inclusion makes the X-T4 a serious competitor against its rivals.

Moreover, you get improved autofocus, a larger battery, and a new Film Simulation effect (called Eterna Bleach Bypass). There are numerous other offerings that make the X-T4 a true stills-video hybrid. So, let’s jump into more details to find what it possesses under the hood.

Aside from its powerful new features, various small design tweaks make the Fujifilm X-T4 a go-to camera for professional photographers.

Its shutter mechanism is extremely fast and has a quieter sound. In continuous mode, it can shoot at 15fps, which is quite impressive for a mechanical shutter and is only matched by expensive sports cameras.

As for the control layout, it looks almost identical to the X-T3, however, some buttons have been re-positioned. The switch under the shutter speed dial is no longer used to control metering, but provides Still or Movie shooting options. It seems a more intuitive way to engage movie mode while previously it was just an option on the drive mode dial.

There are different menus for still and movie modes and you can save different settings for each. It will save time for anyone who likes to use both modes and ensure they don’t forget to change the settings when switching between them.

In video mode, you can capture 10-bit 4K shots at up to 400 Mbps internally, which is the same as the X-T3. However, Full HD video can now be captured at 240fps.

While the X-T3 and X-T2 both offered a headphone jack, it isn’t included on the Fujifilm X-T4. A USB-C-to-3.5mm adapter comes with the package to attach headphones, but it won’t let you charge the camera at the same time. It’s small but an unexpected design change for a camera that seems quite friendly to videographers.

There is no included external battery charger. Although it may not be a deal-breaker for an intermediate user as you can charge the camera using USB-C, it’s a little disappointing for professionals and enthusiasts who often put one battery on charge while shooting with the other. However, you aren’t out of options, as an optional dual-battery wall charger will be available for some extra cash.

The Fujifilm X-T4 in Use

So, how does the Fujifilm X-T4 perform when it comes to image stabilization? It offers up to 6.5 stops of claimed stabilization, which is more powerful than X-H1’s 5.5 stops. This is for the body alone and works with almost any lens you can mount to the camera.

However, you don’t get 6.5 stops across the board as it’s not clear how OIS lenses operate in tandem with the camera’s IBIS system. For instance, the FUJINON XF 200mm f/2 R LM OIS WR lens offers five stops of OIS correction but will end up giving only 5.5 stops when employed with the X-T4.

As for IBIS performance, the camera delivers improved image performance over the X-T3 and proves to be a game-changer for those who have been using an X-T Series camera without any optically stabilized lens.

In the video department, you get improved quality as the sensor-shift stabilization certainly has an advantage over no stabilization at all. Shakes while walking are well-reduced but still sometimes evident.

The 425-point hybrid autofocus system is fast and reliable in various scenarios, however, the autofocus experience depends on the lens attached to the camera. To make the most out of it, you will have to use a more recent lens. Face and Eye Detection AF is also improved and very reliable when it comes to acquiring a sharp focus on the eyes, even in low contrast scenarios.

Using the mechanical shutter, as mentioned, it offers continuous shooting at up to 15fps. With this speed, it allows you to capture 37 RAW images in a single burst or 65 JPEG images. For action shots, the Fujifilm is decent, but pro-grade photographers should look for a more capable option.

The Fujifilm X-T4 is equipped with the same 26.1-megapixel APS-C sensor as its predecessor. Its native ISO ranges from the same 160 to 12,800. You can use any sensitivity setting up to ISO 6400 without hesitation because there is no luminance noise visible. The extended ISO range, which is from 80 to 51,200, is also completely usable.

The bottom line is that the X-T4 is an exceptional shooter when it comes to low-light performance or resolved detail in images, and there is no other camera that matches its class.

How Does the Fujifilm X-T4 Compare?

The Fujifilm X-T4 has tons of improvements over its predecessor. It offers built-in image stabilization, an upgraded AF system, improved image and video performance, and more. It also leaves behind its direct competitor, the Sony a6600, in several departments.

The Fujifilm X-T4 is an excellent APS-C camera. It’s robust with an attractive design that delivers incredible performance and top-quality images. With an IBIS system, it’s more capable than the X-T3. You get the opportunity to shoot more with larger battery capacity and various little design tweaks allow you to use it comfortably for both videos and stills.

A little extra cost over the X-T3 is justified. However, if you aren’t after the IBIS feature, the X-T3 is still a good option and you can use the savings to invest in a gimbal instead. Image quality is almost the same aside from the extra power you get with the X-T4.

On the other hand, the Fujifilm X-T4 is one of the best mirrorless cameras because of its own special qualities. It’s a powerful hybrid shooter you can use for years to come.

9
Score
The Fujifilm X-T4 is one of the best APS-C cameras available on the market. Its images are attractive, video quality is top-notch, and it excels in almost every other respect. It’s undoubtedly an engaging APS-C mirrorless camera to shoot with.