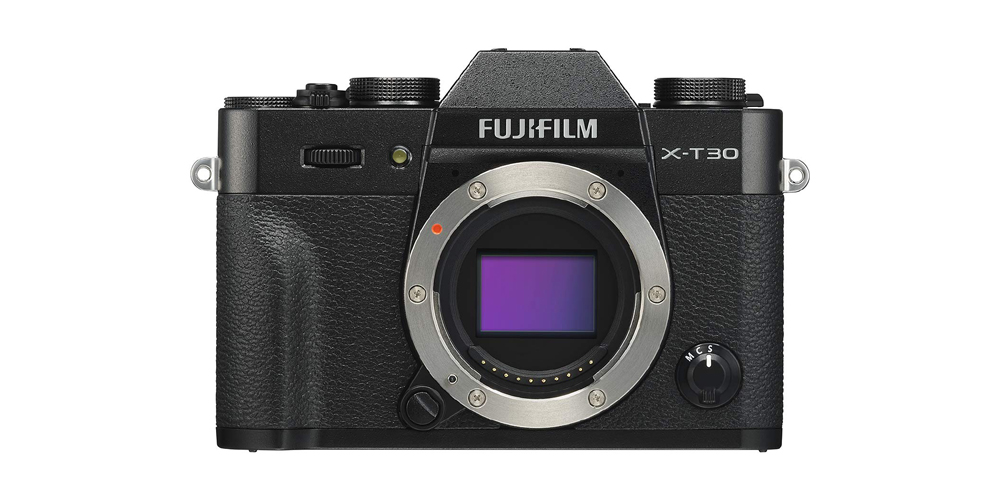 The Fujifilm X-T10 and X-T20 mirrorless cameras were very popular among photographers for several reasons, such as their excellent imaging performance and the compact factor. The new Fujifilm X-T30 follows the same trend and brings along the same 26-megapixel sensor, image processor and much of the feature set of the high-end X-T3 at a more reasonable price. The X-T20 and X-T2 also had the same relationship.

The Fujifilm X-T30 features Fujifilm’s latest AF system along with several direct controls and a tilt-angle touchscreen. You get all this in a compact and smaller body. Now, Let’s take a closer look at the X-T30 and find out what has changed and what’s stayed the same.

The X-T30 is a compact camera and has the same height and width as the X-T20, but its thumb grip has been revised, which gives the camera a little more depth than its predecessor. Both cameras are equal in weight.

A lever is provided which can be used to enable SR (Scene Recognition) Auto shooting mode. There are two command dials as well, one is placed on the front and other on the back. They can be used for more functionalities.

Both, the Fujifilm X-T30 and X-T20 look exactly the same from the front, but there are a few changes if you look at the back of the cameras. The X-T20 had the four-way keypad at the back while the X-T30 is equipped with an eight-way joystick.

The positions of the “MENU/OK” and “DISP/BACK” buttons are changed. Thumb grip has been revised and the “Q” button is placed on top of this thumb grip, which seems quite useful for getting easy access to the customizable quick menu.

In terms of body design, there are a couple of other changes that might go unnoticed while comparing product photos. It’s the electronic viewfinder and the touchscreen.

Similarly, both cameras feature a three-inch touchscreen with 1.04M-dot resolution, but the upgraded touchscreen of the X-T30 has a faster response time.

The Fujifilm X-T30 in Use

The Fujifilm X-T30 uses the same APS-C-sized 26.1-megapixel X-Trans CMOS 4 sensor as the X-T3, and this has been designed with a backlit architecture, which helps the camera gather the light effectively.

The camera also comes equipped with the same phase-detect autofocus system as the X-T3, and it covers the whole image area which is quite impressive. Additionally, the autofocus performance in low-light situations is also better, just like its predecessor.

You can select four AF area modes: Single Point, Wide/Tracking, Zone and All (which allows you to cycle between the other three). In Single Point mode, you have the option to manually choose from 117 or 425 points.

Fujifilm says that the face and eye detection features of the camera have been improved. It works well but still more work needs to be done in this area.

Although the camera accurately detects faces and eyes, sometimes the system starts jumping between the two faces in the scene. It also switches between the eyes when it’s tuned to ‘Auto’ unless you tell the subject not to move. The X-T30 offers eye-detection during continuous autofocus.

Like all the other Fujifilm cameras, JPEGs look outstanding, especially if we talk about color. At low noise levels, the camera performs well, making it an attractive choice for low-light shooting. It’s because the dynamic range is so good at lower sensitivities and the camera brightens the shadows without adding too much noise.

Video quality is superb and can be captured (in both DCI and Ultra HD) at up to 30 frames per second. The camera includes almost all the capture tools you need. Surprisingly, the 10-bit Log output is also there, but you will have to find an external recorder if you want to take its advantage.

How Does the Fujifilm X-T30 Compare?

The Fujifilm X-T30 has a slightly bigger sensor than its predecessor, the X-T20. It’s EVF is bright and, as mentioned, the touchscreen is upgraded for better response. Design has been improved for good handling and easy access to the controls. More comparison details are provided in the table.

The Fujifilm X-T30 is an astonishingly capable camera. Although image stabilization is missing, you can use a nice lens for that. In terms of capturing both stills and videos, the X-T30 matches the quality of the X-T3 at almost half the price.

The camera performs well in low-light conditions and its autofocus performance is good. Battery and handling are decent as well. From professionals to novices, the X-T30 can be a great choice for a range of photographers.

8
Score
The Fujifilm X-T30 is truly an amazing camera for both photographers and videographers. It’s an excellent option as a first interchangeable lens camera or you can use it as a backup if you already own the X-T3.