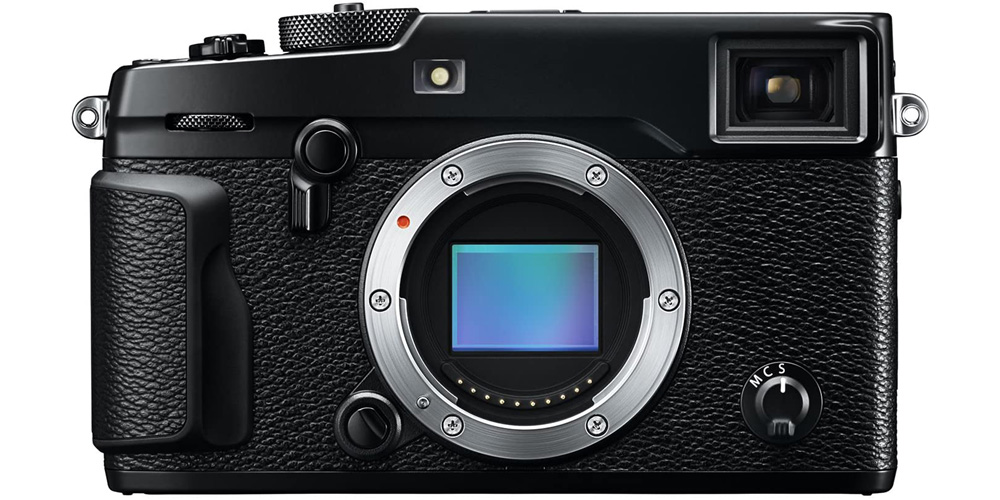 The FUJIFILM X-Pro1 was one of the few mirrorless cameras that developed a strong fanbase. With a classic design and manual functionality, it immediately amazed a lot of seasoned photographers. Its top-notch image quality and sophisticated optics made it the camera that everyone wanted to own, and the FUJIFILM X-Pro2 found the same success.

Being the first interchangeable-lens camera system in the popular X-series, it came with a handful of new and distinct features, however, it wasn’t to everyone’s taste. For instance, its autofocusing system didn’t do well while capturing moving subjects, and the X-Trans sensor proved to be problematic during video capture. Although FUJIFILM released some firmware updates, it didn’t address all of the concerns people had.

And here, the new FUJIFILM X-Pro2 arrived. It employs the same winning formula from its predecessor while refining the core features. Featuring an upgraded sensor and image processor along with a new focusing mechanism and the hybrid viewfinder, the FUJIFILM X-Pro2 is not only a significant upgrade, but it also has the potential to win the hearts of the people unconvinced by its predecessor.

The X-Pro series from the FUJIFILM includes unique and modern cameras that give you the look and feel of the classic rangefinder models. The FUJIFILM X-Pro2 is quite a sizable camera for an APS-C model, but it fits comfortably in your hands and is easy to handle.

Like the other FUJIFILM X-mount cameras, it uses traditional exposure controls with a shutter speed dial and aperture rings placed on the top of the camera. The key feature, however, is its advanced hybrid multi viewfinder which offers a choice of optical and electronic viewfinders.

In optical mode, it has the ability to automatically change the bright frame to match the focal length of the mounted lens, while it functions as a regular electronic viewfinder when switched to electronic mode.

On the side of the magnesium-alloy body, you will find two SD card slots and, unlike the X-Pro1, there is no need to take the camera off the tripod in order to access these slots. The body is well-prevented against dust and water splashes.

Other highlighted attributes include a WiFi connectivity option, uncompressed RAW recording, and a maximum shutter speed of 1/8,000 sec that can be expanded to 1/32,000 sec using the camera’s electronic shutter.

Fujifilm has placed a new command dial on the X-Pro2’s front plate, which is the main design change. This adds to the rear dial previously seen on older models, while a control to adjust the ISO settings has been incorporated within the shutter speed dial on the top plate.

Also, the FUJIFILM X-Pro2 now has a larger exposure compensation dial that can be adjusted up to -/+3EV compensation or -/+5EV using its new ‘C’ setting.

The details in the upgraded viewfinder appear more natural and smooth while you move around the scene, thanks to its relatively faster display rate of 85fps. The view through the viewfinder is excellent with great clarity, even in low lighting conditions.

Although the LCD is fixed and doesn’t feature a touch-sensitive screen, it displays great details and offers a nice viewing angle if used away from the face.

FUJIFILM X-Pro2 in Use

Let’s talk about the camera’s focusing system first, which now features 77 points as standard and can be stretched to 273 points where needed – certainly a significant upgrade from the 49-point system found on the X-Pro1.

Although focusing speeds are dependent on many factors such as on a lens or a subject, FUJIFILM claims that it has doubled the focusing speed from before.

The FUJIFILM X-Pro2 allows you to adjust the autofocus point to one of four sizes, which is particularly good when focusing on smaller subjects or details in a scene. Its new Grain function offers pleasing images with a film-like quality – something that will surely appeal to the people who have been photographing since the analog era.

Thanks to the Zone/Tracking focusing option of the camera, the focus on moving subjects is maintained quite well and you can combine it with a decent 8fps burst shooting.

Subjects moving at slow or moderate speeds can be accurately captured by using the camera’s Wide/Tracking option. On a few occasions, you may experience some false positive focus confirmations, but it doesn’t happen often and can’t be cause for concern. The key thing is that it does well and is effective in many scenarios.

Shooting uncompressed RAW images at a rate of 8fps, the camera still maintains a good speed to cover most eventualities. You get a handful of RAW processing options in the camera which allows you to create several copies of the same image by tweaking exposure, colors, or shadows.

Sadly, the FUJIFILM X-Pro2 lacks a built-in image stabilization system which may give rival cameras an edge over it. On the other hand, this isn’t a concern if you have a prime lens with wider focal lengths and apertures. Three customizable Auto ISO settings are also provided which can slow down shutter speeds to improve sharpness in the results.

The auto white balance system of the camera performs well in a range of scenarios and slips only under incandescent light and mixed daylight. Similarly, its metering system does a pretty fine job compared to other cameras in challenging conditions where scenes become either darker or brighter.

How Does the FUJIFILM X-Pro2 Compare?

The FUJIFILM X-Pro2 takes up the baton from the unprecedented X-Pro1, bringing forward the latest 23.4-megapixel X-Trans CMOS III sensor and an improved X Processor Pro, together with a ton of refinements across the rest of the specifications.

Here’re the key features and detailed spec comparison between the Fujifilm X-Pro2 and its predecessor:

The FUJIFILM X-Pro2 is a significant upgrade over the original X-Pro1, and is still worth a shot today. It can be used as a great alternative to the X-Pro3, the latest in the series, especially if you prefer a traditional rear display over the hidden one.

The camera delivers a great shooting experience and results. Although you will find some cheaper cameras with the same image quality and features, you won’t get X-Pro2’s unique hybrid viewfinder, it’s classic rangefinder design, or handling experience.

8
Score
The FUJIFILM X-Pro2 is still a great camera today. It delivers exceptional results and packs a lot of cool features and tweaks that its rivals and latest cameras won’t offer.