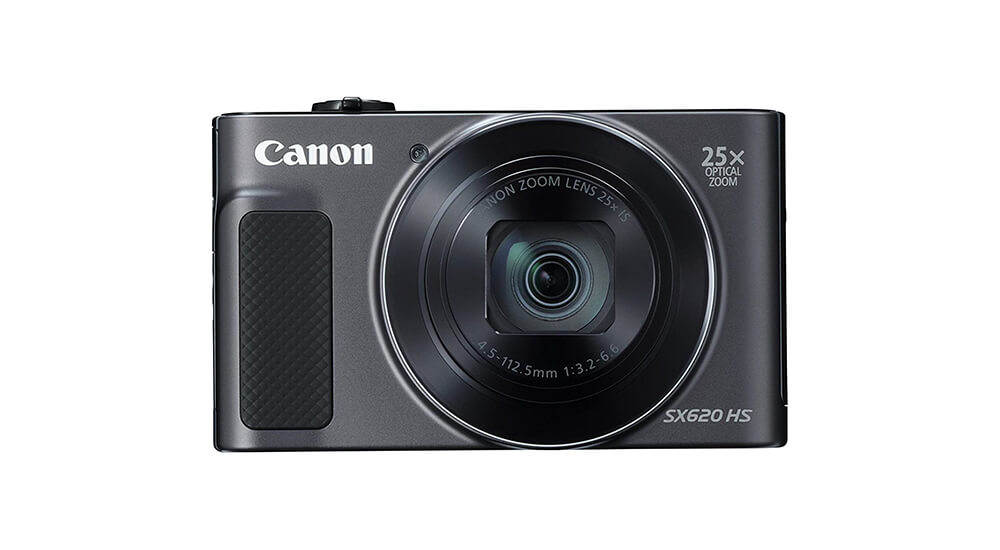 Canon has created a good range of point-and-shoot cameras for beginners, like the Canon PowerShot SX620 HS. What makes these cameras great is that they have high-resolution image sensors, and thus allow beginners to shoot quality photos while learning the basics.

The PowerShot range is incredibly accessible and they are some of the best point-and-shoot cameras around. Although the Canon PowerShot SX620 HS does not have a host of advanced features, it is a well-rounded camera that allows you to jump straight into photography. In this guide, we look at this camera and see what it has to offer in terms of features, usability, and design.

Things to note include the image processor and image stabilization. The Canon PowerShot SX620 HS has the DIGIC 4+ processor. This is a much older version as newer cameras have the DIGIC 8 or later version. While this doesn’t make a huge difference, it means that the image processing and quality are not as sharp as newer PowerShot models.

We do like that this camera has image stabilization. To be precise, it is four-axis enhanced dynamic IS that corrects camera shake up to 2.5 stops. You should be able to use the camera comfortably handheld and still take sharp and in-focus photos.

The design is one of the strong points of Canon point-and-shoot cameras. The Canon PowerShot SX620 HS looks great and has a sleek and thin design. It weighs virtually nothing and is one of the lightest and smallest PowerShot cameras available. It is available in black, red, or white.

The top panel is minimalistic and only has the power switch and shutter release. There is no program dial to change shooting modes. The optical zoom control is also on top, surrounding the shutter release. This makes the zoom easy and convenient to control.

The rear panel is minimalistic, too. This means that you should not be confused by a myriad of buttons and can quickly understand the various functions. Instead of a program dial, there is a switch that allows you to change between auto, video, and scene select shooting modes.

The standard package comes with a battery charger and a single wrist strap. Overall, the Canon PowerShot SX620 HS is well-designed and looks great. It is compact and has a simple design that beginners can understand easily.

The Canon PowerShot SX620 HS has a host of features that make it useful for beginners. This includes a simplified set of shooting modes. Other cameras like the Canon PowerShot SX730 HS feature a program dial that allows you to switch to different modes like AV or Manual. The SX620 HS does not have this and you can choose between scene select, auto, or video.

The automatic shooting mode is also excellent as this chooses the best image settings for the current composition. This means that you can take high-quality, accurate photos without needing advanced knowledge of things like exposure and aperture.

There is a useful image sync feature. Use this function to connect your camera to your smartphone, so the photos you take are automatically downloaded. You can also remotely control the camera from your smartphone including operating the flash and zoom.

The SX620 HS has 18 shooting modes to choose from. These emulate different camera settings and allow you greater creativity without the needed knowledge. For example, there is a smart shutter mode which takes portrait shots at the opportune time, so your subjects aren’t mid-blink!

PowerShot cameras are some of the best point-and-shoot cameras available. However, other manufacturers have solid choices too. Sony, for example, has its Cyber-Shot range. A good comparison to the Canon PowerShot SX620 HS is therefore the Sony Cyber-Shot DSC-HX90V.

As you can see, the PowerShot SX620 HS has a superior image sensor and can create higher-resolution photos. However, due to its ZEISS lens and 12,800 maximum ISO, the DSC-HX90V is the better choice for low-light photography.

Both have a similar size and design, and both can record full HD video. The main difference here is that the DSC-HX90V can record 1080p at 60p. Also, it uses a comparatively more modern image processor in the BIONZ X, whereas the PowerShot SX620 HS lags behind somewhat with the DIGIC 4+.

Another main difference is the price. The Sony DSC-JX90V is nearly double the price of the PowerShot SX620 HS. Therefore, you must consider if the additional features of the Sony point-and-shoot camera are worth the price tag.

Keep It Simple with the Canon PowerShot SX620 HS

The Canon PowerShot SX620 HS is a decent point-and-shoot camera. It offers good image quality and video recording. This is complemented by the compact and stylish design and the host of automatic features. If you want to buy your first camera, the PowerShot SX620 HS could be the ideal choice, as it offers the perfect blend of quality and usability.

7
Score
What the Canon PowerShot SX620 lacks in modern processing, it makes up for in usability and image quality. It is a great choice for beginners or anyone who wants a no-hassle point-and-shoot that won't take up much space in their pocket.