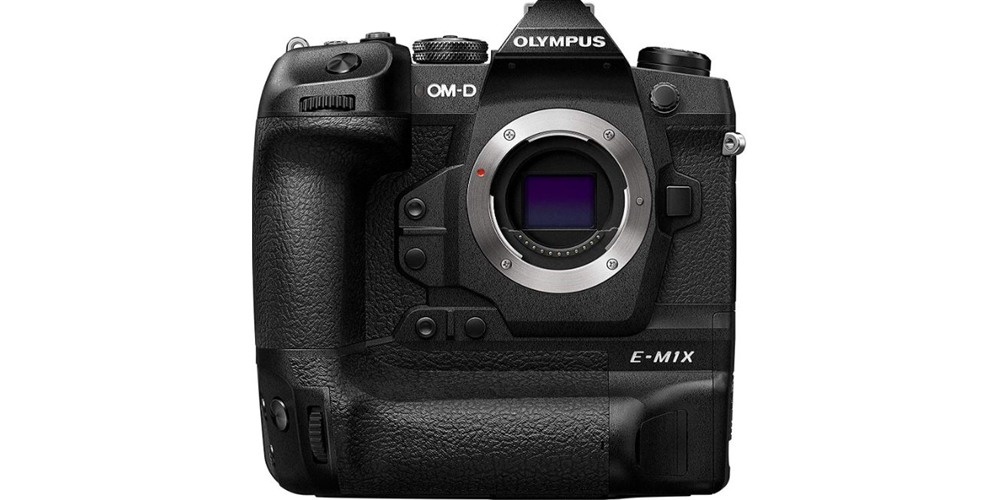 Instead of replacing the previous E-M1 Mark II, the Olympus OM-D E-M1X sits alongside it as an advanced option targeting professional enthusiasts. However, it comes with a huge price tag and is one of the most expensive cameras from Olympus yet.

The camera has upgraded autofocus, speed, and durability, but it seems the company has focused more on internal stabilization. The E-M1X has an impressive 7.5 stops (previously 6.5 stops in E-M1) of shake reduction.

The Olympus OM-D E-M1X boasts a 20.4 megapixel Four Thirds sensor. It has a 3-inch fully articulated touchscreen with 1.04m-dot resolution, which allows you to capture the images from any angle you can think of.

There are various functions you can set with the touchscreen including the autofocus point and the options in the quick menu. The touchscreen and the number of physical buttons on the camera make it easy to adjust the settings. You can also choose to ignore the camera’s touch functionality.

The electronic viewfinder of the E-M1X has a 2.36m-dot resolution while many of its rivals come with 3.7m-dot viewfinders. This is a significant difference and helps improve the performance in color accuracy and enables you to check other useful information including a level indicator and histogram. And, if you wish to turn them off, use customization options.

This super expensive camera packs a sensor which is hardly 25% the size of a full-frame camera sensor. This might feel unusual for a camera like the E-M1X, but it has several advantages.

Although, the E-M1X isn’t a small camera, it would be a lot bigger if it was packing a full-frame sensor. Using a smaller sensor gives you the opportunity to get closer to the action, especially if you are a sports or a wildlife photographer. The camera comes with a crop factor of 2x, which means it doubles the length of any lens you place on it.

The E-M1X has an integrated vertical grip which, in terms of design, separates it from other mirrorless cameras. This is the first time a mirrorless camera has been seen with such a design similar to the Nikon D5 and Canon EOS-1D X Mark II.

With this design, the camera serves two purposes. First, the E-M1X can now house two batteries mounted within a bracket that can easily come out of the camera. Second, with duplicate set of controls, the grip allows the photographer to hold the camera in portrait orientation.

There are dials and buttons available that give you direct access to almost every setting you can think of, such as AF mode, drive mode, ISO, and more. If you can’t find a direct button for any setting, the quick access menu would do the job for you.

Olympus OM-D E-M1X in Use

As claimed by Olympus, they have significantly improved the autofocus system of the OM-D E-M1X and it’s designed to compete with other high-end mirrorless cameras. Its 121 AF points don’t seem enough but all of those points are cross-type and offer phase and contrast detection.

This new artificial intelligence-driven autofocus system can successfully recognize specific types of subjects, as well as focus and track them accordingly. For instance, in a video frame it doesn’t just track the vehicle; it’s smart enough to track the driver inside.

It can also track and detect trains and airplanes. However, you will have to go into autofocus custom menu to choose from the different available sports. Otherwise the camera itself won’t be able to recognize the type of subjects.

Autofocus also does a pretty good job when it comes to low light shooting. In dim light conditions, the autofocus of the E-M1X doesn’t struggle to lock on and track the subject like some other mirrorless cameras such as the Nikon Z7. There are also some DSLRs that may do well in low light but you won’t be disappointed with the performance of the E-M1X either.

The Four Thirds sensor delivers an excellent image quality. Olympus JPEG colors are definitely a favorite. At ISO 200 you will get images with a great amount of fine detail and natural sharpness. Images taken at up to ISO 3200 in difficult conditions still don’t lose much information and can be successfully processed, and used. However, going above this point would add a lot of noise which can be hard to remove.

How Does the Olympus OM-D E-M1X Compare?

The Olympus OM-D E-M1X can be compared with many cameras of the same category, however, if we look at its price and sensor it sits relative to the Panasonic Lumix G9. Both come with the same Four Thirds sensors but the E-M1X has some significant advantages over the G9. Their comparison in detail is provided below.

The Olympus OM-D E-M1X simply is an amazing camera without a doubt. It’s been loaded with numerous state-of-the-art features that may specifically attract sports and wildlife photographers.

The AI-driven autofocus system is smart, accurate and fast. Add to this, the powerful image stabilization, capacity to shoot at 18 frames per second, and long battery life. With these powerful features, the E-M1X won’t be easy to ignore for the professionals.

9
Score
If you need a camera that shoots fast and doesn’t need a tripod, the Olympus OM-D E-M1X is on top of the list. Its internal stabilization simply has no match, but for bokeh lovers there are other full-frame mirrorless cameras that you can get in a similar price or less.