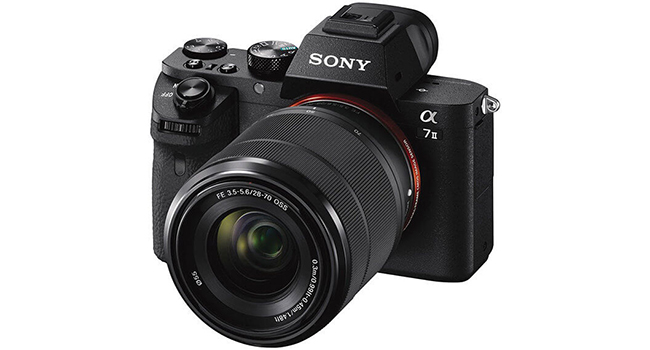 The Sony a7 II is an image-stabilized full-frame mirrorless camera that was released at the end of 2014. It was the direct successor to the Sony a7 and uses the same full-frame 24-megapixel sensor as its older sibling.

As the first full-frame camera to offer five-axis image stabilization, it was a groundbreaking camera when it was released. While it’s been on the market for nearly four years, we wondered – is the Sony a7 II still worth buying today?

As shown in the picture, a few improvements were made to the successor of the Sony a7. The Sony a7 II comes with a larger grip than the a7. The shutter was reshaped and placed forward for a more natural grip and shooting position as your finger falls naturally on the shutter button. The a7 II sits perfectly in your hand.

The C1 and C2 buttons are now more accessible and easier to reach to ensure better and faster control of the camera settings. A C4 button has also been added to the a7 II, and both the C3 and C4 button are easily accessible.

The ISO has been changed and can no longer be adjusted by the control wheel without first activating that control. This means that the Sony a7 II does not allow for the so-called ‘ISO surprise’ many users of the a7 complained about. This is a small change from Sony but a good one, which has been appreciated by its users.

The display screen on the Sony a7 II is the same as its predecessor. It’s a non-touch tilt screen. It offers a sharp three-inch, 1228k-dot vari-angle rear display.

A common critique to the screen of the a7 and the a7 II is that it only tilts up and down. Users of the Sony cameras have been waiting for a full flip screen for a while and unfortunately, this is still disappointing. An issue with the tilt screen is that when tilted up completely, it triggers the automatic switch to the viewfinder.

Overall, the Sony a7 II is amazing in low-light conditions. I have had the opportunity to test it in conditions in which there was barely any light source and it did an amazing job.

There are, however, some things to bear in mind when using this camera in low light. First, the ISO goes up to 25,600 which helps considerably. However, in order to get sharp and clean shots without a lot of noise, I would not recommend pushing the ISO higher than 2,000.

I have done some shoots where there was so little light that I could barely see what I was shooting. Using the viewfinder in these circumstances is the way to go. You get a clear view of what you are shooting.

While the photo in the live finder might appear completely black, if you’re shooting in RAW, the quality of your image will remain the same and you can add some exposure in post. You will end up with amazing shots with vibrant colors.

It is worth noting that the autofocus can struggle a bit in extreme low light conditions. I would, however, totally recommend the Sony a7 II when it comes to night or low light photography. Sony has once again proven that their sensors are some of the best when it comes to low light.

When you get your camera out of the box, one thing that is slightly irritating is that the Sony a7 II does not come with a proper battery charger. Instead, it comes with a cable that you can plug directly into your camera.

Two things in regard to this are annoying: The first one is that while the camera is charging you cannot use it (This has now been resolved on the new Sony a7 III). The second issue is that charging your camera this way takes quite a long time. When you get your new camera, the last thing you want to do is wait another few hours for your camera to charge.

One of the big setbacks for the Sony a7 II is its battery life. While it is decent for a mirrorless camera, it does not come close to the long battery life of a DSLR. Depending on how much you shoot, the battery of the Sony a7 II could last anywhere from four hours to an entire day.

While short battery life is slightly problematic, you can easily buy extra batteries. Extra batteries come with a charger, so they can be charged while you’re using your camera. It’s also a good idea for Sony a7 II users to get a battery grip.

The Sony a7 II’s image stabilization (IS) system works by compensating for movements along five-axis (X, Y, Yaw, Pitch, and Roll) as shown in the picture. The stabilization corrects the movements for both stills and movie recording.

When shooting with Sony FE lenses that are already stabilized (this can be seen on the lens as noted ‘OSS’) the camera will use both the IS system of the camera and the lens to reach the optimal stabilization. But, for adapted-lenses users, the sensor-based IS system in the camera offers for more possibilities.

The focus on the a7 II, just like the one on the a7, uses an autofocus system with 117 phase-detection and 25 contrast–detection points. However, the AF on the a7 II has been improved in that it is faster with a 1.5x improvement in AF tracking performance. The a7 II also added Lock-on AF to help follow moving subjects.

Focus peaking is a great feature of the a7 II. When you manually focus, the edges of the subject or object you are focusing on are highlighted. This helps when struggling to manually focus on an object/subject.

However, this feature is to be used with care as it sometimes produces images where the focus is not as sharp as expected. However, the focus magnifier, or MF assist, allows you to zoom in on the image you are shooting in order to ease the focusing process and ensure sharped images.

The Sony a7 II comes with a 28-70mm f/3.5-5.6 OOS zoom lens. I have personally been using the Sony 50mm 1.8 which is great for advanced photographers and videographers as it offers a very shallow depth of field. All E-mount lenses made by Sony, Zeiss either full-frame or aps-c will fit on the a7 II.

An issue that remains with the Sony cameras is there is a much smaller lens selection available compared to the longer-standing DSLRs like Canon and Nikon. However, it is worth bearing in mind that with Sony’s new lens adapters, Canon and Nikon lenses can be now mounted on the Sony cameras. Whilst their performance is not as good as native Sony or Zeiss EF lenses, they still produce great sharp images.

How Does the Sony a7 II Compare?

For anyone wanting to buy the a7 II it is helpful to see a comparison between different cameras within the same price range. Here is a chart of full frame cameras available for about $2000.

Overall, the a7 II is a good camera for the price. It includes a 24MP sensor, image stabilization, and an articulating screen, and other features. While the new a7 III seems to be a big step forward in regard to the battery life, autofocus accuracy, and its newly added video features, the a7 II remains a pretty good camera which, for the price, offers a decent range of possibilities for amateurs or professional photographers.

If you wish to use the a7 II to shoot sports, dance or any activity which requires great continuous autofocus, you will be disappointed as the autofocus could be much better, as was proved by the improvements made on the a7 III. However, for shooting portraits, landscape, wildlife, and in low light, this camera is a great all-rounder.

If you are looking for a good mirrorless camera for both photos and videos, then the a7 II is a good choice if you have a limited budget. As a stand-alone product, the camera is very impressive as per the features provided. The Sony a7 II comes close to being able to compete with a DSLR, it just comes a bit short.

7
Score
The Sony a7 II is a good camera in terms of price, sensor, image stabilization, and articulating screen. But, battery life, autofocus accuracy, and video features are lacking. The fast action capturing capabilities are also a disappointment. However, it's good for shooting portraits, landscape, wildlife and in low light, and the price is decent.