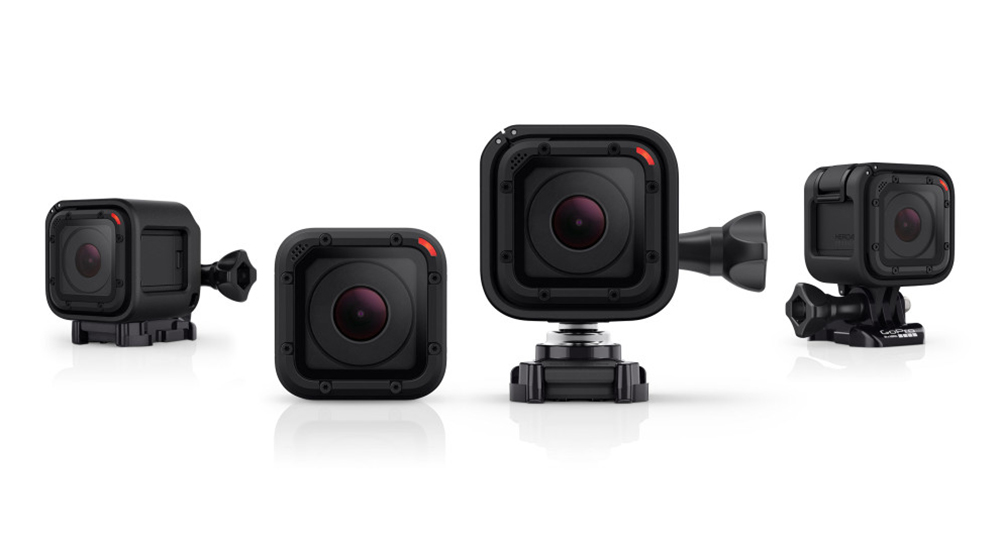 With the Christmas season coming up, it seems to be the ideal time to get a camera if you already don’t have one. The GoPro HERO4 Session, which is the successor of the HERO3 Session, is in great demand these days because of its unique size coupled with its professional quality. Therefore, this article will have a really thorough discussion about this camera, taking into consideration all its features. Along with its details, it will also be compared to similar products, which will further assist you in deciding which product to go for.

If you’re looking for a professional quality camera that is light-weight and small in size, then the GoPro HERO4 Session is destined to be one of your options. Being one of the only few cameras that are easy-to-carry and do justice to the quality of the images as well, it gathered quite some attention upon its release. According to the manufacturing company, the HERO4 Session is one of their smallest, most light-weight and convenient cameras that have hit the market. Now that we are introduced to the camera, it’s time for what it has in store for us.

Considering the other great features of the camera, the battery life of HERO4 does not live up to the expectations. Although the camera stays filming for more than two hours during high-definition recording at 30fps, its battery-timing decreases a bit significantly by recording at 60fps. However, the camera lasts way longer when it only comes to taking pictures – even turning on the WiFi and Bluetooth doesn’t do much.

Another down-side of the camera is its non-removable battery, which means that once the camera has run out of battery, there will be no choice left for you other than recharging it; nevertheless, its charging process is made easier with the included USB Cable that can be used for charging the camera with either a computer or the GoPro Auto or Wall Charger.

Despite the small size of the camera, its camera quality is not to be doubted. The GoPro HERO4 Session is able to take amazing 8MP pictures and record 1080p videos. It does not let any detail or color slip through with its advanced technology. The created videos have a bright, clean look due to the fact that the mechanics of this camera nicely reproduce the colors and lean towards oversaturation. Moreover, it is also good at balancing shadow and light detail.

It gives a high-definition output even though it doesn’t support 4K. That seems to be the only issue with its performance. The camera also has great control over exposure so that the produced images or videos aren’t over-exposed. Although the automatic low-light setting of the camera doesn’t make much difference, its performance in bad light conditions is satisfactory.

The 4:3 aspect ratio of the camera makes it ideal for extreme sports enthusiasts as they want to focus more on the backgrounds as well. However, the SuperView mode, which can be accessed through the GoPro app, allows you to have a wider view. There is also a fish-eye effect in the output because of its 170-degree lens. The GoPro cameras are famous for their high video quality. Accordingly, this camera lives up to the standards of its series – and even exceeds them.

The camera has a microphone both at the front and the back. When compared to the previous Session models, the GoPro HERO4 Session performs significantly better when it comes to capturing the audio. With its advanced technology, the audio-recording is done so well, and it could well-reflect what perfection truly is.

The clarity of the audio it captures is unparalleled, which is a great plus-point for people who are looking to focus more on the audio aspect of videos. In addition, it seems that the makers also focused on how the camera captures the background noise as it can be heard in the captured videos.

One of the main features of this camera is that it does not require any outer-casing all thanks to its rugged, waterproof design. Moreover, the camera is extremely easy to carry around whether you’re going on an adventure trip or seeing your local sports team play. This is all because of the small size of the camera along with its skeleton frame, through which it can be both mounted and positioned with ease.

Normally, the cameras are really vulnerable to water, and hence, people are afraid to take their cameras with them when going to a beach or pool. However, the water-proof design of the camera can be really useful in situations where there is a lot of water. Additionally, you just have to press a single button to power on the camera and start recording video.

It should also be mentioned that the GoPro HERO4 Session supports all the different GoPro mounts that are available for almost every type of occasion. The camera is extremely light-weight. Therefore one can also wear this camera without feeling even an ounce of weight. Accordingly, the Session is one of the best action cameras out there right now.

With the GoPro app, it is possible to control the camera remotely, playback and share content and watch relevant videos on its YouTube channel. Moreover, the GoPro app also provides the ability to live-stream the video using WiFi. However, a one-second delay is observed between real-time and the live-stream.

There are also a few hidden settings that can only be accessed through this app. The normal settings include changing the resolution and frames-per-second.

SuperView is one of the special modes that can be accessed through the app. In this mode, the display goes from a 4:3 ratio to widescreen 16:9.

Another great feature of the app is the fish-eye effect, which basically bends the edges of images and videos to be round with the help of the 170-degree lens of the camera. However, if the effect doesn’t suit your needs, you can always change the field of view to 127 degrees or do some post-editing.

The app also provides an automatic low-light mode that makes alterations to the camera setting taking into consideration the circumstances of the setting. Nevertheless, the mode wasn’t able to make the images that much better when it was put into the test. Moreover, Spot meter and Protune are also noteworthy elements of the app.

All the cameras of GoPro come with video-editing software, namely GoPro Studio. One can easily produce amazing videos even though it is rather simple to use. For someone who doesn’t know a bit about editing, it won’t be that hard to use the software because of its extremely user-friendly style. The software also makes creating time-lapses easier due to its drag-and-drop controls. However, it is recommended to have decent hardware for running GoPro Studio.

How Does the GoPro HERO4 Session Compare?

When reviewing this camera, it is extremely important to compare its features with those of its siblings, the HERO4 Black and Silver. Henceforth, the table entails a basic comparison among these cameras.

The GoPro HERO4 Session can capture photos and videos of decent clarity through its 8MP sensor. Despite the inability to record videos in 4K, the high-definition recording that the camera provides also lives up to its mark, as even the smallest of details can be noticed in the produced videos. One small issue is with its non-removable battery, but the other option is to charge the camera by reducing the extent of this problem.

However, the loss of quality under low-light conditions seems to be its only significant downside when it comes to its performance. Other than that, it is definitely nothing wrong in saying that it is the best camera available in this budget, especially if you’re looking for a small, portable camera. In fact, it can easily outshine most of the action cameras currently available in the market.

7
Score
You should consider buying this camera for its sleek design, software, audio quality, and of course, its design. These are the best features this camera has to offer. However, I wouldn’t recommend going for this camera if you’re looking for a long-lasting battery or 4K video recording.