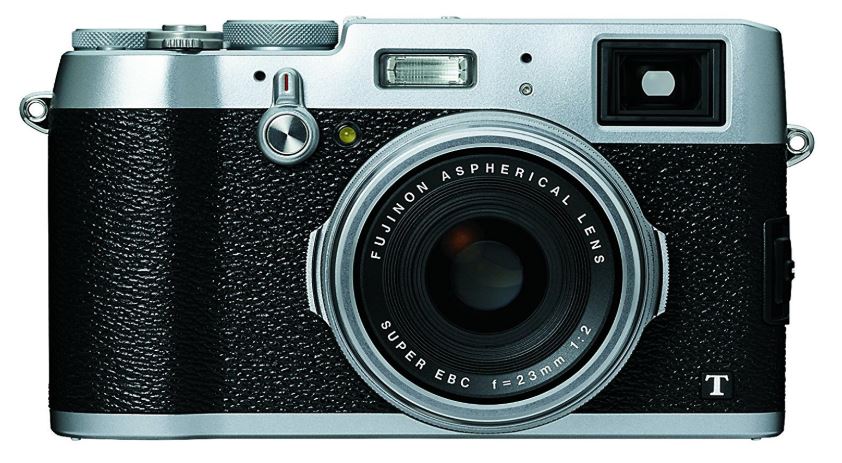 The Fujifilm X100T is part of a series that has seized the imagination of professional photographers and enthusiasts like no other. These are fixed-lens cameras with APS-C sensors and a clearly old-school approach to design and handling, but enclosing some truly modern features.

In spite of some issues, the original Fujifilm X100 was a camera that people loved, but with the Fujifilm X100T, most of those issues have been ironed out, creating something that needs fewer caveats to go with the praise. This is an amazing camera, and one that makes serious advancements over the 2013 update, the X100S, despite looking very much similar to it.

So, at its heart, the X100T shares some key features: the 16-megapixel CMOS sensor with X-Trans color filter array and an excellent 23mm f/2 lens with its predecessor. But almost everything beyond that has been reworked or refined.

The Fujifilm X100T resembles with its older brothers and some people may not like the idea, but it’s not as if the existing design needed updating. It is simple and pure in its look and still better looking than Fujifilm CSCs such as the Fujifilm X-T1 (to a lesser extent) and the X-E2.

Magnesium alloy, which offers strength without adding much weight, is used to make the frame while the front and back seem to be a leather-like texture. Build quality is good. The X100T is an extremely well-made camera that feels like it will last for years, if not decades if you handle it carefully.

Apparently, this is far from a compact camera design intended to fit in your trouser pocket. At 127 x 74 x 52mm, it has some weight to it. If you need something smaller there are now several options available in the market, with the best being the Canon G7 X and Sony RX100 III. However, sensors used in these cameras are much smaller i.e. one-inch and there’s actually been fairly little movement in the APS-C compact area in recent years.

A fully electronic shutter mode enables totally silent operation and improves the maximum shutter speed to an impressive 1/32000 sec. When you use the electronic shutter, there is a risk of rolling shutter so it can be turned on and off if you prefer.

The Fujifilm X100T also sees substantial improvements when it comes to exposure. The camera’s aperture ring has been modified and now it can be controlled in 1/3 f-stops, rather than the whole stops offered by the existing models. The exposure compensation dial has also been altered so that it now extends to +/- 3EV – something that the users had been calling out for.

In terms of exposure control, the other big change is that the X100T retains the ability to apply exposure compensation when you use Auto ISO in manual exposure mode. It means that you can choose aperture, shutter speed, image brightness and let the camera do its work.

The back of the X100T gains a complete control dial instead of the push/toggle switch on the back of the previous models. Usability is also increased with making seven of the camera’s buttons customizable and to allow the user to alter the options included in the camera’s Q Menu, to get the speedy access to their most-used settings.

The camera’s autofocus system has also been upgraded. The first addition is the inclusion of Face Detection – something that was noted as missing from the existing models. There’s also a new option to tie spot auto exposure mode to the selected AF point if one wishes.

The Fujifilm X100T in Use

Image quality from the X100 series has been impressive and the X100T is consistent with that experience. The JPEG color is great and the f/2 maximum aperture is wide enough to allow a little background blur at reasonable working distances. So, you can get images that look distinct from many other small cameras.

The camera’s Film Simulation modes are excellent. Imitating classic film stocks means that all the modes are handy. The Provia, Astia, and ‘Classic Chrome’ modes offer a variety of attractive (and photographically sensible) color options.

Movie quality is still discouraging but we are not overly concerned about this. Since we doubt many users will be looking for a rangefinder-styled, fixed-focal-length camera to capture video with, but the X100T’s video is not as good as we’d expect in a modern camera. And we are still worried about the waxy skin effect that can appear in some high-ISO images, perhaps as a result of processing the output of the camera’s X-Trans sensor.

So, the image quality is generally excellent. The lens is a touch soft at close focus distances but it is very sharp in many other conditions.

How Does the Fujifilm X100T Compare?

Overall, the improvements in Fujifilm X100T seem to be substantial (and include outstanding re-engineering of the body and viewfinder). Even without the updated viewfinder, the camera adds too much to the shooting experience. The addition of the Classic Chrome film mode, improved buttons and customization, and built-in WiFi make this a noticeably better camera than its predecessor.

There’s still nothing else in the market that gives the same combination of image quality and shooting experience – thanks to its direct controls and clever viewfinder. Sony’s RX1 offers a step up in image quality but it’s much slower to focus. It also has no viewfinder and costs twice as much. And, of course, there are even 28 and 50mm equivalent conversion lenses if the native 35mm equivalent field-of-view isn’t to your taste.

So, we wouldn’t suggest that any X100S owner should rush out and buy one but X100 shooters may want to look at the list of updates and see what they are missing out on. The Fujifilm X100T feels like a well-polished X100S and there’s a risk that it is soon going to be out-dated in the market. It’s still a lovely camera, and worth considering if you have never owned one of the series before, but it’s not the ‘rush out and buy one now’ product that we hope the X100 series will be in the future.

8
Score
The Fujifilm X100T is an excellent photographic tool that is engaging to use and capable to capture beautiful stills. Its autofocus is starting to show its age, and its unusual X-Trans sensor's benefits are difficult to find in an era of 24 and 28MP competitors. But currently, there's nothing to touch it in terms of the size, price, image quality balance it offers and the style with which it does so.