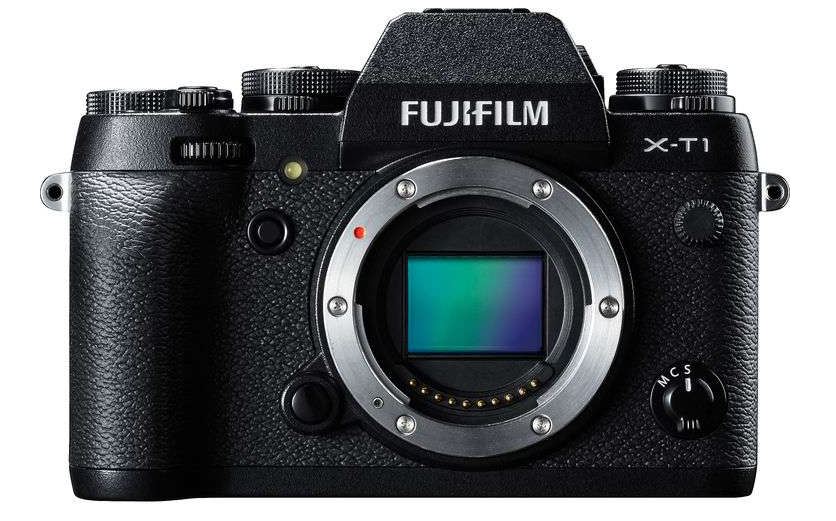 Fujifilm’s X-series has grown very fast since it arrived in early 2011 with the introduction of Fujifilm X100 and its fixed 23mm f/2 Fujinon lens. The ‘game changer’ Fujifilm X-Pro 1 was presented in 2012. It was the first interchangeable X-series model with its own XF-mount system of lenses, aimed at photographers, professional and enthusiast, who desired outstanding image quality from a more conveniently sized camera.

Fujifilm expanded the series with slimmed-down versions of the X-Pro 1 such as the X-E1, and then the X-E2. Meanwhile, the X-M1 and X-A1 have made their way into the consumer market, rivaling Sony’s Alpha CSCs and Olympus’s PEN series. The company later returned to its premium range with the X-T1. The Fujifilm X-T1 breaks away from the typical rangefinder design and is styled like a DSLR.

The Fujifilm X-T1 has an excellent design. Its magnesium alloy body is robust and well-made, just like the rest of the X-series models. The camera feels very special in the hand. It’s small but still gives a solid grip.

Aluminum dials are provided on top of the camera. These adjust ISO, exposure compensation and shutter speed.

The grip is fairly chunky but still comfortable, which combined with a sizeable thumb rest at the rear, provides a first-class feel. Fujifilm really has paid great attention to detail.

The X-T1 is a tough camera. It has more than 75 weather seals and can be used in temperatures as low as -10°C. The 18-55mm f/2.8-4 R LM OIS XF kit lens is not weather-sealed but there are other Fujifilm weather-resistant (WR) lenses available on the market.

If you are new to using the X-series, it may take some time to become familiar with the dials, the interface and the layout of buttons. For instance, you have to set the shutter speed dial to ‘A’ to use aperture priority. Similarly, before using the shutter priority mode, the lens must be set to its ‘A’. If both are set to ‘A’, you will be in Auto mode.

There is a big rubber eyepiece around the viewfinder. The Q-menu button is placed very close to where your thumb lays to rest for quick pull-up of settings such as white balance, dynamic range, film simulation, and AF.

These adjustments are made with the front and rear control dials. The four-way controller at the rear lacks icons, but they’re all customizable.

When they are set to default, they control Film Simulation, Macro, and the position of the AF point. But they can be set to access image size, image quality, Face Detection, WiFi, self-timer, or preview depth of field.

We tested the Fujifilm X-T1 with the 18-135mm zoom for several weeks. Although there may be many differences between X-Series models, the best ones feature the EXR Processor II and the 16MP APS-C X Trans CMOS II sensor as the main components of the imaging engine. The Hybrid Auto Focus system is also a great addition. We liked this trio and weren’t disappointed with the 4,896 x 3,264-pixel stills captured by the X-T1. The camera does a fine job overall and wins out for portraits and skin tones. The results were great and this was just capturing compressed JPEG Fine images in many instances.

This X-T1 is loaded with tons of features. Many photographers will enjoy its old-school configuration. There’s no classic mode dial. With the X-T1 there’s just aperture/shutter priority, Program Auto Exposure, and manual. It is like very high-end DSLRs such as the Nikon D810. You can adjust switches and dials on the X-T1’s lens and body, and change photo parameters to your liking. And with three huge dials on the top of the camera, setting these parameters is a blast from the past.

Of course, this mirrorless interchangeable lens camera is as modern internally as it can be. The Hybrid AF is a combination of contrast and phase detection systems. And with 49 AF points, there were very few problems grabbing sharp shots. Although the camera is rated 8 f/s, it would not be easy for you to grab tack-sharp shots of fast action.

One difference with other X Series models is the broad ISO of 51,200. In our standard test, the top setting wasn’t that horrible but there were some color smearing and noticeable speckles. You could probably avoid them with using it in smaller sizes, which is pretty nice, but you won’t like the results like those attained at lower levels. ISO 6,400 is almost as high as we’d go but that offers you a lot of options for capturing in available light with a wide-open prime.

It’s nice to see that Fujifilm is offering 1080/60p MOV-format video clips. The quality is not as smooth as the XAVC-S codec, used by Sony but you will be satisfied with the results. We captured some scenes and observed that the colors were accurate and focused sharp. We noticed a tendency to under-expose while shooting indoors. So, you need to make your adjustments ahead of time before making videos for once-in-a-lifetime events. And, of course, the onboard mics will make breezes sound like hurricanes but that’s common for all cameras.

The Fujifilm X-T1 does not come with NFC but has built-in Wi-Fi to connect to your devices using the Fujifilm Camera Remote app (iOS/Android). It handles the basics like browsing the photos on the camera, transferring images to the phone, and geo-tagging. The system is not as good or refined as Sony and Samsung apps but it does the job.

How Does the Fujifilm X-T1 Compare?

Fujifilm has made some of the finest mirrorless interchangeable lens cameras available with its X-series. Even if it’s a bit expensive but still deserves to be in a list with great and modern cameras. The Fujifilm X-T1 and the Fujinon 18-135mm WR lens combination is so good that you can compare it side-by-side to the full-frame Sony a7, a truly ground-breaking compact system camera.

While full-frame stills have more depth and details than the APS-C sensor used in the X-T1, the Fujifilm camera is still tremendous overall. Just realize your selection of weather-sealed glass is pretty poor until more lenses arrive, but if watery-conditions aren’t bad, by all means, you should put this camera high on your wish list.

8
Score
The Fujifilm X-T1 brings along an excellent design and features that add great value to it, even at high price tag. Above all, it captures breathtaking stills and can be relied upon whatever the conditions, making it perhaps the best CSC on the market.