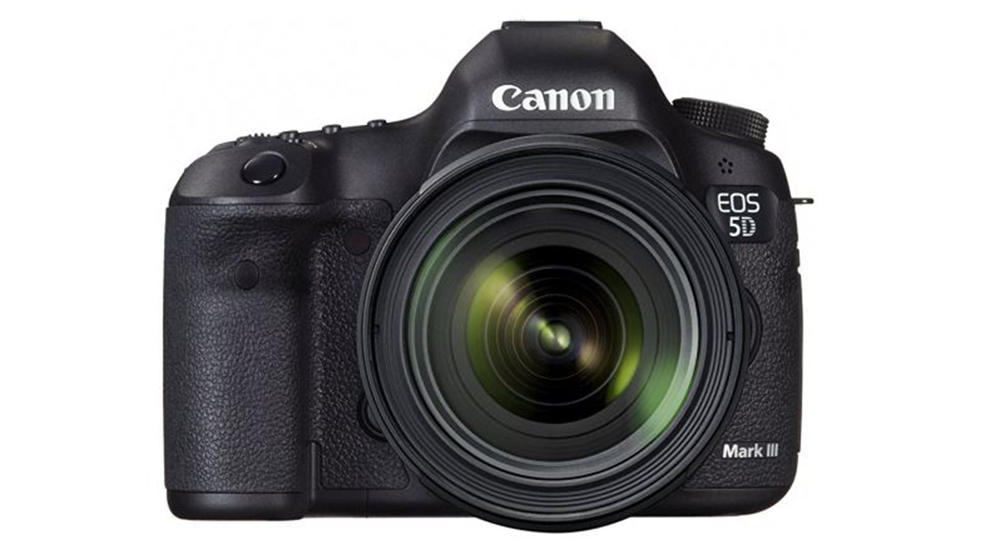 Canon unveiled its EOS 650 to the world in 1987, which was the first 35mm auto-focus SLR and the start of the EOS system. With its fully-electronic lens mount, reliance on the electronic button and dial operation, in-lens aperture and focus motors, Canon’s EOS system initiated a blueprint that all successive camera systems have followed. Now the Canon EOS 5D Mark III is a great competitor in line.

The Canon EOS 5D Mark III comes with a 22MP full-frame sensor in a body, based on the EOS 7D design and with a 61-point AF system similar to the flagship EOS-1D X. This could be seen as an unmotivated update that trails disappointingly behind Nikon’s 36MP D800 which was introduced around the same time. But for those who tend to be optimistic, it might just turn out to be the camera that 5D Mark II owners always really desired for.

Indeed the 5D name itself is almost deceptive. Compared to its predecessor the Mark III is a completely new model, with upgraded and updated systems installed in it. It’s better seen as a full-frame 7D, with that extensive customizability, camera’s control layout and 63-zone metering sensor.

But it also gains a raft of some additional improvements in response to customer’s feedback. These range from dual input slots for CF and SD cards, through a locking exposure mode, to a button for a large depth of field preview that’s repositioned for right-handed function, and can be adjusted to perform a number of other operations.

The Canon EOS 5D Mark III is very similar in size to its predecessor and closely resembles the EOS 7D, with its combined live view/movie control beside the viewfinder and power switch beneath the mode dial. It also acquires some features from other recent Canon designs. So the mode dial lock of 60D reappears, along with the 1D X’s little Q button, which was placed between the joystick and rear dial.

However, there’s a further transformation of the EOS design that’s completely new to the 5D Mark III, including the re-positioning of the depth of field preview button and revised playback controls.

The 5D Mark III’s construction is excellent and it certainly feels better-built and more considerable in your hand than the Mark II ever did. Perhaps the best way to describe it is that it’s very much like the difference between the 50D and 7D. The magnesium alloy shell certainly feels like it would come to withstand a pretty serious beating.

The top of the Canon EOS 5D Mark III resembles the EOS 7D, which means that 5D Mark II owners must be familiar with the control set and it is further joined by an easily-reached customizable M-Fn button just behind the shutter release. The On/Off switch has been shifted to a point where it’s less easy to knock accidentally – but also hard to reach when supporting a large lens with your left hand.

The main control dial is behind the shutter release, which is installed to change the exposure parameter, i.e. aperture in Av mode. Between these two a customizable M-Fn button is placed that can be set to operate functions such as Flash Exposure Lock.

Behind this is a row of three buttons, each of which activates two functions. From left to right there is metering/white balance, AF/drive modes, and ISO/flash exposure compensation. The latter button is especially well-placed for changing the ISO settings. A smaller button is also there, which illuminates the top-plate LCD.

There is a new image effects button at the bottom of the picture. It offers access to Picture Styles, in-camera HDR, and multiple exposure modes. The latter is unusually well-designed – it saves all of the original files including RAW. Unlike Canon’s PowerShots, the Canon EOS 5D Mark III automatically aligns shots when processing, so you can shoot hand-held. There’s also a range of processing ‘looks’ on offer, from natural to distinctly unnatural.

The rest of the 5D Mark III’s major shooting functions are on the back, organized for operations by your thumb. The combined Live View/Movie mode button is similar to the 7D – if the lever is flicked to the movie position, the camera enters live view with a 16:9 preview, so you will be able to compose in the correct aspect ratio. Pressing the button at its center then enables recording. With the lever in the Stills position, pressing the button enters Live View.

The Q button brings up an interactive controls screen while shooting. It allows you to change camera parameters that can’t be accessed directly through external buttons. It also brings overlaid option menus in Live View and Playback modes, offering easy and quick access to features such as in-camera RAW conversion.

The biggest upgrade on the 5D Mark III is its autofocus system, and it’s the most needed area. The original 5D’s 9-point AF system seemed a little under-specced when it was introduced, so its return in the Mark II was a considerable disappointment, especially when the 7D arrived after a year with a much more advanced 19-point setup. The 5D Mark III’s AF leaves them both behind, gaining the 61-point AF sensor from the company’s flagship 1D X.

However, it does not have the entire 1D X AF system because the Canon EOS 5D Mark III doesn’t include the 1D X’s 100,000-pixel metering sensor to gain tracking information, nor a dedicated DIGIC 4 processor. But even without them, it’s still one of the most comprehensive AF systems available in the market and above all, brings the camera much closer to the level of contemporary Nikons.

The pixel count may be same as that of the 5D Mark II, but the Mark III’s sensor is completely new. The pixel architecture is altered, with a promised boost in photoelectric conversion rate. Canon has also introduced its gapless micro-lens array, meaning more of the light coming to the sensor gets directed down into the photodiodes. Finally, there’s a newly-designed on-chip noise reduction system to enhance the quality of the information coming off the chip.

With its 22MP sensor, the Canon EOS 5D Mark III can capture a large number of details but when examining the Canon’s out-of-camera JPEGs at a pixel level it becomes understandable that the JPEG engine isn’t making complete use of the sensor’s potential. Even at base ISO, some visibly destructive noise reduction is applied which results in a slightly poor appearance of the image and a loss of fine low-contrast details.

Combined with a fairly aggressive default sharpening, this means the Canon JPEGs can be a little over-processed. When base ISO is turned off, the noise reduction does not make any difference and the in-camera sharpening parameter does not give you any control over the sharpening radius. This means it is not possible to squeeze any additional detail out of the camera’s JPEGs by modifying the image parameters.

At higher ISOs, the Canon EOS 5D Mark III applies strong noise reduction which results in comparatively clear images but with some loss of fine details. When you shoot at ISOs lower than 25600, it would be recommended to disable the in-camera noise reduction. This doesn’t mean that no noise reduction is applied but it will give you some additional low-contrast details.

At base ISO processing, RAW files can give you better results than the out-of-camera JPEGs. The 5D Mark III’s RAW noise levels are almost equivalent to other cameras in this class and if you have the time, a customized mix of chroma and luminance noise reduction in post-processing gives you high ISO images with better details and a more enjoyable ‘grain’ than Canon’s JPEG engine can manage.

Overall the Canon EOS 5D Mark III’s JPEG images across the ISO range provide good colors and dynamic range with a very smooth highlight roll-off. Both metering and auto white balance are decent. However, if you need the maximum details at a pixel level you have no other option but to shoot in RAW mode and spend some time processing the files.

Ultimately, we would expect a large number of the EOS 5D Mark III’s ‘targeted audience’ to shoot and process RAW files anyway, not only to get more details out of the images but also for the flexibility that RAW files provide when making more ‘in-depth’ tonal adjustments on a computer.

How Does the Canon EOS 5D Mark III Compare?

The Canon EOS 5D Mark III is indeed a great camera and for current 5D Mark II users or other owners of Canon full-frame camera lenses, it is easy to decide, whether they should buy it or not. The 5D Mark III is a better camera than its predecessor in every aspect and an extremely delightful photographic tool.

Other competitors like the Nikon D800/E have some unique tricks up their sleeve (36MP sensor and an option to capture uncompressed video footage) but for most users, most of the time, the differences wouldn’t be important enough to warrant switching systems.

However, for those who are new to using a camera system yet the issue is a little more complicated. The Nikon D800 and its supposedly higher-resolution version the D800E are the 5D Mark III’s only real competitors in the full-frame camera bracket of the market and their massive pixel count of 36MP make them potentially better choices for studio work and any other application that needs maximum amounts of details. It’s also worth noting, that the D800 is $500 cheaper than the 5D Mark III.

On the other hand, the Canon has a faster burst shooting, which makes it more fit for capturing fast-moving action. It’s also got a broader ISO range and offers greater customization when certain areas of its feature set are considered. AF systems of both cameras are very sophisticated, offer a lot of customization choices, and are very reliable at tracking subjects that move across the frame.

8
Score
Ultimately, both the D800 and 5D Mark III are great photographic tools. Which one is best for you is a question and only you have to decide, but if you choose to go for the Canon EOS 5D Mark III you will know that you've not only got yourself a very capable camera but also got one that is a lot of fun and exciting to shoot with.