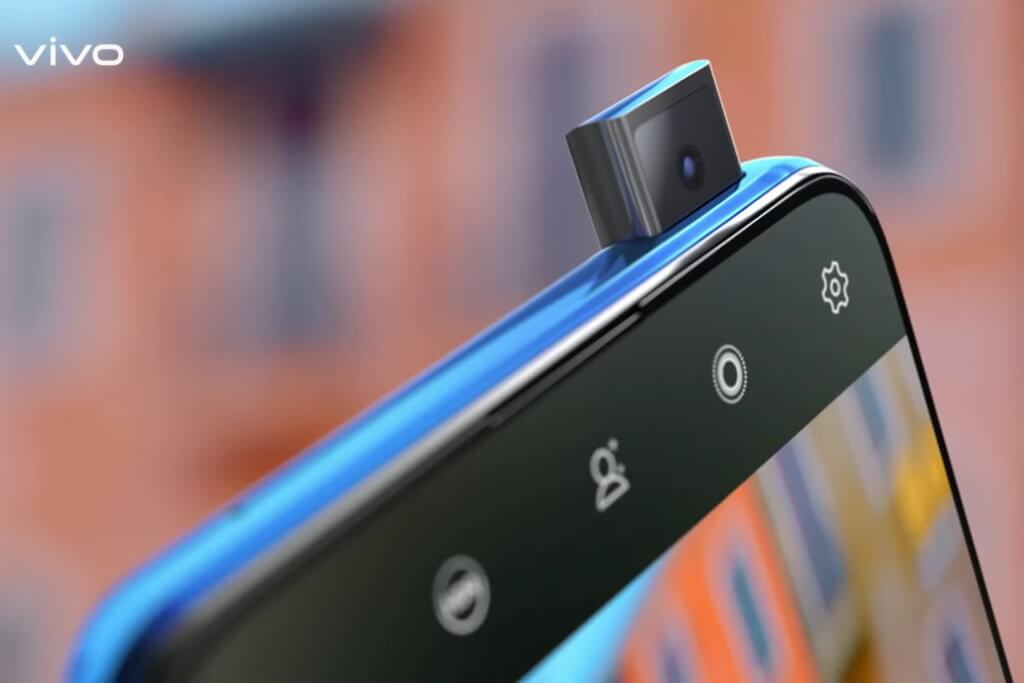 As one of the companies making the most headlines in the smartphone space in 2018, Vivo experimented with and released several devices with astonishing hardware features. Continuing in the same vain, Vivo has launched the V15 Pro which is its first major 2019 product. The new mobile device brings along some high-end features from the company’s Nex flagship series to the mid-range mainstream. It is endowed with interesting specs which leaves it with no direct competitors.

For some time now, the Vivo’s V series has been at the forefront of screen design trends. The V9, for instance, was among the first Android smartphones to come with a notch. Also, the V11 launched with a notch which one may still consider the smallest yet. Now the V15 has taken the design further with a notchless 6.4-inch AMOLED display.

Vivo achieved the V15 notchless design by using pop-up selfie camera which it borrows from the original Nex. However, the V15 Pro has a more formidable, front-facing camera which even at its pixel-binning default setting of 8 megapixels is bigger than the NEC’s pokey 5 megapixels unit.

The V15 Pro was revealed earlier this month for the first time. It comes with a high resolution 32-megapixel front facing camera which makes it one of the models with the highest resolution available.

It features a triple-camera set-up at the rear which delivers up to an amazing 48 megapixels. To crown it all, the V15 Pro features a 6.4-inch OLED display along with a fifth-generation in-screen fingerprint sensor.

The V15 Pro’s main camera has a 1/2.25-inch sensor, f/1.8 aperture, and 48 million 0.8μm large pixels. Additionally, the V15 Pro utilizes a professional four-in-one pixel technology to enhance photosensitivity and image quality. Also at the rear is a super-wide angle 8-megapixel camera and a 5-megapixel depth sensor. It can record 2160p videos at 30fps and1080p videos at 30fps.

The selfie camera on Vivo’s V15 Pro is a pop-up camera. The part of the phone housing the pop-up selfie camera also holds the three cameras at the back which are in a side by side arrangement. This results in the smartphone having a camera bump which helps to preserve the phone’s elegant design.

Vivo’s V15 Pro runs on Qualcomm’s Snapdragon 675 processor. It is the first phone to come with the 675 processor which was announced shortly after the Snapdragon 710. It appears that the newer Cortex-A76 cores of the 675 will enable manufacturers to bring excellent performance to their mid-range smartphones.

Vivo’s V15 Pro comes equipped with a fifth-generation in-screen fingerprint component. The selfie camera can also function with face recognition, in which case the camera quickly pops up and down in a single motion.

The plastic body is 8.21mm thick and weighs 185 grams. It comes with 6GB of RAM, 128GB of storage, a 3,700mAh battery. It runs Android 9 Pie and Vivo’s Funtouch OS 9 user interface. Also included in the box is a headphone jack. It also has a side button dedicated to calling Google Assistant, face recognition, and Bluetooth 5.0. Apart from the inexplicable use of Micro USB, the V15 makes for a competitive upper-midrange phone.

The V15 Pro will launch in India and pricing may vary by region. It is available in Topaz Blue or Ruby Red and you can now pre-order the smartphone.