In a move that is sure to destabilize its bustling pornography-related communities, popular blogging site, Tumblr, has made known plans to ban nudity and all pornographic content on its platform. According to Jeff D’Onofrio, the CEO of Tumblr, who announced the planned ban in a blog post on Monday, the changes will take effect from December 17. He said the updated Community Guidelines will prohibit the posts with adult content.

The new policy prohibits posts with real-life sex acts or illustrations of it as well as images, videos or GIFs containing female nipples and the human genitals, even if they are works of professional photographers. To enforce the new rules, there will be algorithms to identify inappropriate posts and make them private. Also, previous posts on the platform with adult content will only be visible to the original poster. 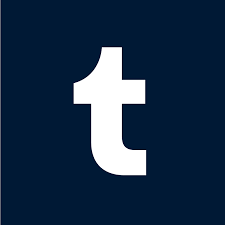 Since its inception in 2007, Tumblr has allowed the use and distribution of adult content. Through its Safe Mode and the use of powerful censoring search filters, the company has kept the public from viewing these adult contents. Since Verizon’s Oath unit began running the company, it has been trying to clean up its platform. According to D’Onofrio, Tumblr has been seriously considering stricter rules and criteria for community membership in order to fulfill its promise and retain its place in the ever-changing cultural trends. The company chose not to remove explicit accounts because it hopes the owners will begin posting more appropriate content. D’Onofrio says the company came to this decision after carefully considering the pros and cons.

Although Tumblr’s new policy prohibits media with adult content, there a few exceptions to the rules. Classical statues and political protests that depicts nudity are allowed. So are breastfeeding and after-birth images as well as artworks and illustrations that contain nudity—as long as they don’t outrightly depict sex acts.

The new policy also permits erotica because texts are not affected, which implies that erotica remains permitted. Explicit blogs (different from posts) will remain too, but they’ll be restricted areas to all visitors.

Starting December 17, phonographic posts on Tumblr will be set to private mode to prevent them from being redistribution. The company is already notifying users whose posts contain nudity or explicit content that their posts will soon be made private. Users who feel that their posts have been wrongly flagged as explicit by the new algorithms have the opportunity to appeal. Also, owners of adult blogs have the chance to export and save their content before the implementation of the new policy.