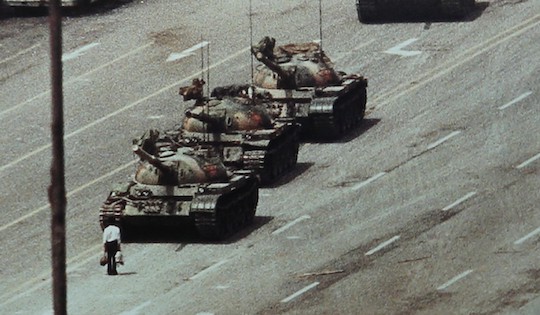 After a short film was published by the Leica camera brand, a large number of the citizens within China found some details in the video to be offensive. Conversations about the video imposing a negative view of China went to such an extent that the Chinese Government decided to take matters into their own hands. The term “Leica” has now been officially banned from the Weibo social media network in China, which is like a local Twitter for citizens of the country.

The news came officially from governmental officials in China. The video was called “The Hunt.” There were a few issues regarding the content that was presented in what was called a “short film” by the Leica creative team.

The video had a strong language, which made it inappropriate for some of the people who decided to view it. Additionally, at the end of the video, a short scene was shown that displayed the iconic “Tank Man” image on the photographer’s lens as he focuses.

The video itself emulated a scene that took place in 1989 in China. During this time, pro-democracy protests were held in Beijing, following a crackdown of the Chinese government.

Official representatives from the ad agency that represented the Leica brand in Brazil mentioned previously that the video was initially inspired by stories that have been told by photographers in the past. Many photographers go the extra mile and leave no stone unturned when they decide to capture important events, yet their work sometimes goes unnoticed.

Just before the official Leica logo is shown at the end of the video, a message appears that mentions the short film is dedicated to those who have gone to the extreme to help the world see what is really going on – things that would otherwise have gone unnoticed. The idea behind the video, according to the ad agency of Leica, was to combine history, along with a passion for photography and the risks that photographers often have to take to capture that perfect moment.

Unfortunately, this did not seem like a good move from Leica’s side. After the government noticed the complaints from the population, the brand’s name has now been banned from the most popular social network in China, Weibo.

The term “Leica” may not be used on the platform in either Chinese or in English. When a user tries to publish a post that contains the term, they will be prompted with an error message. The message will alert the user that their message is in violation of local laws. The message then needs to be edited and the word “Leica,” regardless of whether it was entered in English or in Chinese, needs to be removed before the user will be able to publish the post.

Representatives have told the South China Morning Post that the short film was not officially commissioned by the Leica brand. At the moment, the brand has removed the video from their YouTube channel.