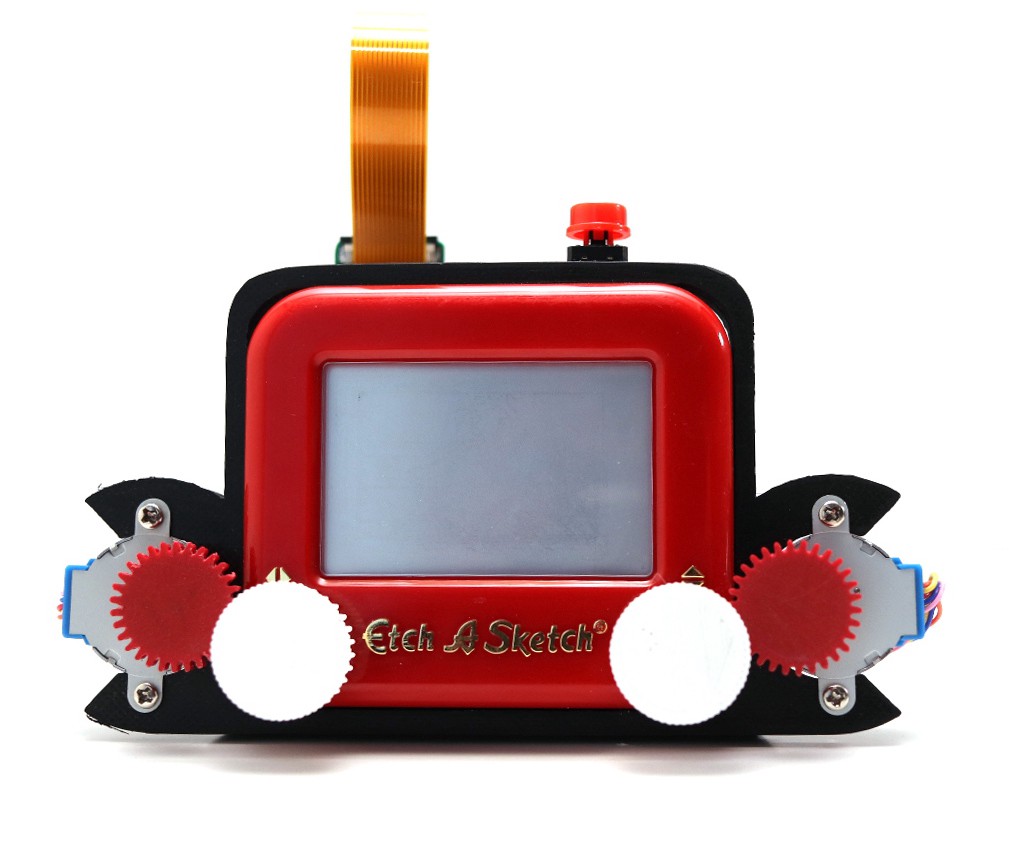 The Raspberry Pi system has given people an endless number of possibilities, with creativity truly being the only limitation. What Martin Fitzpatrick built, however, was something unseen among both the photography community and enthusiasts who dabble with the Raspberry Pi system. He built quite a fascinating device that draws a photograph onto an Etch-A-Sketch device.

Martin used the Raspberry Pi Zero system to build his complex project and has provided his fans with a complete blueprint for the device. Those interested in mimicking the device that he has built can simply head over to his official website to grab the plans and build such a device themselves.

The device is rather complex. There are three main “ingredients” to Martin’s recipe here. This includes the Raspberry Pi Zero system, along with a digital camera and, of course, the Etch-A-Sketch device.

Etch-A-Sketch is considered one of the most creative toys that have been developed in recent decades. The device was originally built by Andre Cassagnes and was first released to the world in July 1960. It sold for quite an affordable price, which made it possible for both adults and kids alike to gain access to the toy.

The device might seem simple to work with, but drawing complex images can be quite challenging. A thick screen is found in the center of a red plastic frame. There is a stylus then found on the screen, which causes the aluminum powder to be displaced; thus creating an image. Two knobs are located at the bottom side of the device. The left knob controls the horizontal position of the stylus, while the right knowledge is used to move the stylus up and down.

Martin’s setup had his digital camera mounted directly on top of the Raspberry Pi Zero system. There were stepper motors attached as well, along with a frame that he printed using a 3D printer. The Etc-A-Sketch device was also attached to the setup. Gears were then attached directly to the Etch-A-Sketch device, which he used to allow the knobs to be turned automatically without human input.

Once a photograph is taken with the digital camera, the Raspberry Pi system has been programmed to convert that photograph into a smaller image with a 0.34-megapixel rating, at a resolution of 240 pixels by 144 pixels. The image is also converted to a 1-bit color photograph. What this essentially means is that the image is turned into a completely black and white photograph with no other colors being present in the file.

The firmware finally converts the photograph into a range of plotter commands. These commands are fed to the gears, which then turns the knobs of the Etch-A-Sketch device in order to generate the photo that was taken as an image on the device’s thick screen.

The device only requires a set of batteries to run, which means it is a portable invention from Martin. Processing an image takes some time, however, with most photographs taking about half an hour to be rendered on the Etch-A-Sketch device.