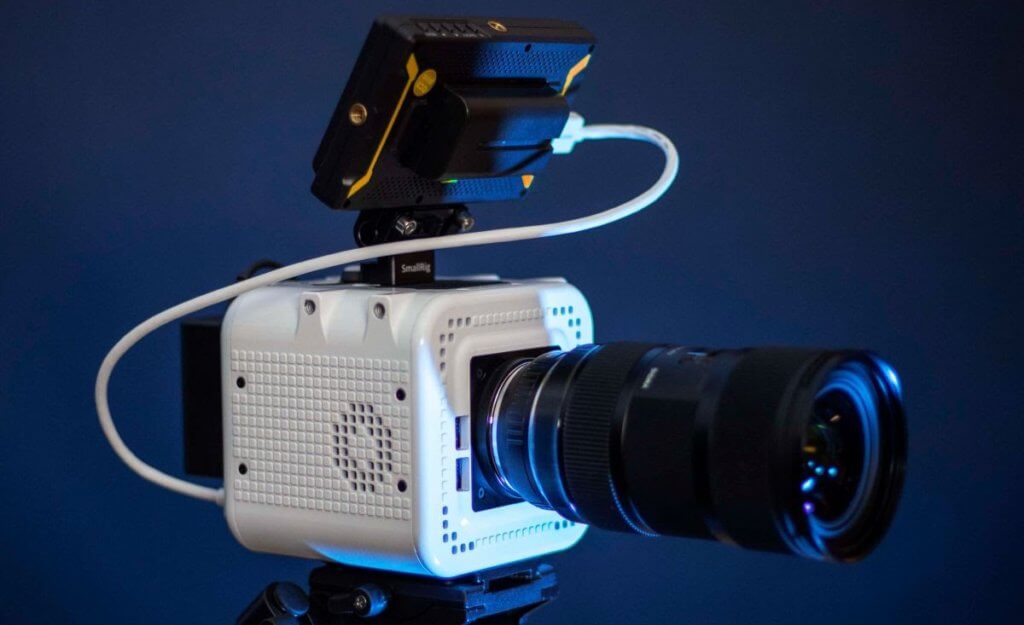 Octopus Cinema has revealed that it’s developing an open platform cinema camera. The Octopus camera is sure to capture the interest of the open source tech community, as it’s a customizable rig which runs on Linux and supports a variety of sensors.

Not only is the compact cube-shaped Octopus Camera capable of shooting both 4K and 5K videos, some key parts like the sensor and software development kit (SDK) are also removable and upgradeable. The Octopus open platform camera allows users to customize sensors and software for recording 4K and 5K video.

It’s not dependent on a specific sensor or a particular lens manufacturer as it supports various sensor modules. The camera can work with any sensor, be it a full-frame 35mm, a global shutter, or even a native monochrome module.

The prototype, which was reported on by Newsshooter, targets a pair of sensor modules from XIMEA. Of the available XIMEA sensors, Octopus has released specs for two — the CMV20000 full-frame sensor as well as the Sony IMX253 4/3-inch sensor. Both sensors are capable of shooting 12-bit Lossless CinemaDNG in 4k at speeds of up to 30fps. They both use 10-bit HEVC to deliver faster frame rates at varying resolutions.

The Octopus Camera won’t be the first customizable camera. Apart from the Axiom Beta which is also an open platform cinema camera, there is the Ricoh GXR and other modular cameras. The Micro Four Thirds (MFT) mount is also found in compact cinema cameras like Blackmagic’s Pocket Cinema Camera 4K and Sharp’s 8K Video Camera.

At just 110mm × 110mm × 110mm and weighing 900g, the cube-shaped camera is a compact cinema rig. It packs a swappable Intel NUC 7i7DNBE board with an eighth generation Intel Core i7-8650U. It comes with 16GB of DDR4 RAM which users can upgrade to 32GB. The camera records to both internal SSDs and CFast 2.0. It features four USB3 ports, two HDMI 2.0 ports, and writes at speeds of over 350MB/s using both “SATA III and USB3.”

Another interesting aspect of the compact Octopus Camera is its use of the open platform MFT mount which Olympus and Panasonic championed. This gives Octopus Camera users access to a rich ecosystem of premium optics and an assortment of third-party boutique, cinema, and specialist lenses.

Although the mounts are currently removable components, Octopus Cinema’s lead engineer and founder, Russell Newman, said that the company would “like to offer a choice of mounts in the future.” Filmmakers can take advantage of the option to use native monochrome sensors which removes the need for a separate rig.

In addition to sensors, users can swap the Octopus Camera Intel NUC processing board as well as other components as upgrades become available. And to further customize the rig, users can trivially add the SDK through Libavcodec or other third party libraries.

Availability and Pricing for the Octopus Camera

There’s currently no information on pricing from Octopus Cinema. However, responding to an Instagram comment on Thursday, the company said that the choice sensor range is intended to accommodate both the “budget filmmaker” and “the more heavily financed.” With the Octopus Camera, one could simply swap the sensor out instead of buying or renting a dedicated monochrome camera to use these specialty sensors.

As for availability, according to the information on their website, we’ll have to wait till around the third quarter of 2020 to get one. But don’t worry, Octopus Cinema has posted a few monochrome test clips from both the full frame and MFT inch sensors. Here’s one for you to view: