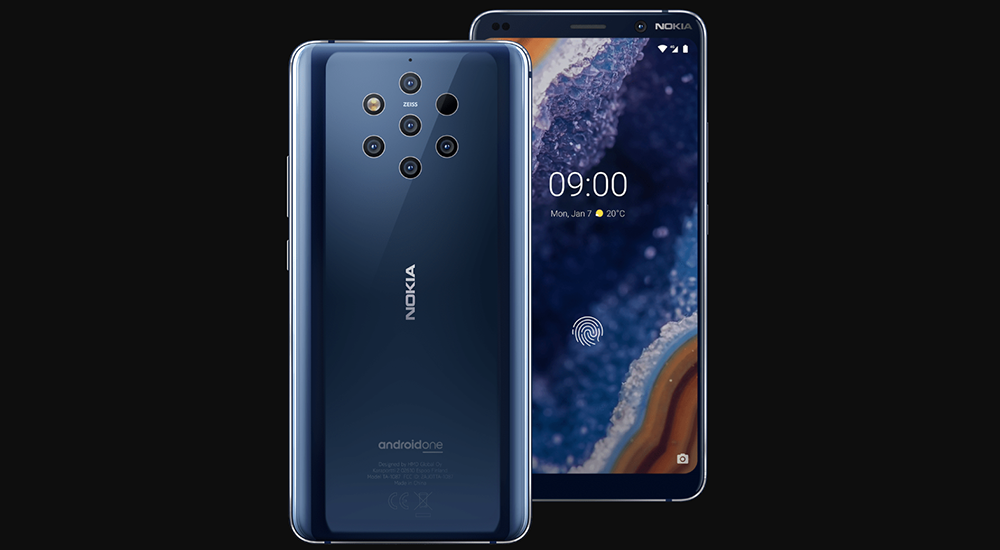 The MWC 2019 event held a surprise for photographers who enjoy using their smartphone as a sidekick while taking photos. HMD Global officially announced the Nokia 9 PureView smartphone during the event, featuring a total of five cameras in order to produce better quality photographs that are sure to impress. The cameras are accompanied by a powerful processor, while the smartphone itself boasts a large number of convenient features.

The announcement from HDM Global did come as unexpected for many, but surely sparked the interest of many enthusiastic photographers. Photography with mobile devices is becoming more popular, especially since the cameras equipped in modern smartphones have become similar to what one would find in many professional cameras.

The Nokia 9 PureView was announced as something unique. While we have observed a number of smartphones in the past to feature multiple cameras on their rear side, HDM Global decided to take a different approach to what manufacturers usually do when it comes to implementing multiple cameras into a smartphone. Instead of adding all the cameras tightly against each other, the cameras are rather spaced out through the upper part of the Nokia 9’s rear.

This creates a unison effect – where the cameras would ultimately work together in order to capture the perfect photo. Each photo is captured as a RAW image – the five photos are then combined into one more impressive JPEG photograph. At the same time, the user of the smartphone will still be able to have full access to the RAW image files for processing.

Not all the cameras on the rear of the Nokia 9 are the same. Nokia announced that three of them feature monochromatic sensors. This is because this type of sensor can capture much more light than a standard RGB camera. When all photos are combined, the company behind the Nokia 9 announced that the final photo would be able to provide as much as ten times the light that competitor phones fitted with single cameras are able to provide.

For those who enjoy taking black and white photos, the Nokia 9 will also feature a monochrome mode, where only the three cameras with these sensors will be used to capture a photograph. This can help to create an authentic experience when it comes to capturing monochromatic photos.

The Nokia 9 PureView features a Snapdragon 845 chipset, which is a multi-chipset architecture that delivers better performance than a lot of competitor chipsets. The chipset was designed especially for the Nokia 9, in order to ensure the power requirements of the five cameras can be adequately met. An additional Image Signal Processor was also added to the phone to assist with processing the 240MP of data that need to be processed with every capture.

This new smartphone from HDM Global is retailing for $599. It comes with a 5.99-inch POLED display and features a built-in fingerprint sensor in the screen.