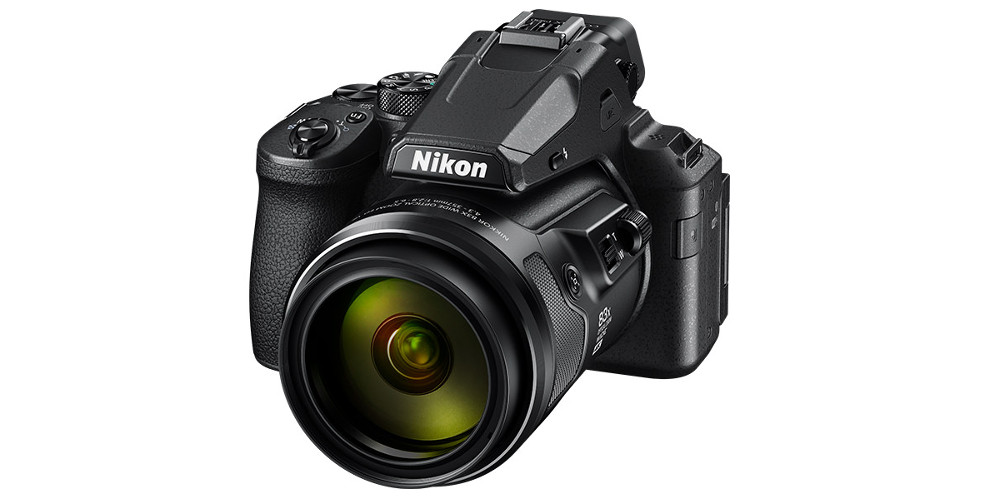 Nikon has released the COOLPIX P950, a new superzoom bridge camera system with a gigantic 83x optical zoom and 4K video recording abilities. The new Nikon COOLPIX P950 is a super-telephoto zoom camera with a 35mm format equivalent focal length of 2000mm. Its full-fledged design offers great operability and versatility. It is designed to succeed and expand on the COOLPIX P900 that was announced back in 2015.

On the front, the camera features a wild 24-2000mm lens, which gives the same focal range as the P900. The camera is equipped with an enhanced Dual Detect Optical VR stabilization which now offers 5.5 stops of compensation, up from the five stops available in the P900.

The COOLPIX P950 offers a 166x digital zoom for capturing very far subjects as well as a Macro mode on which users can capture nearby subjects, as close as 0.4 inches (1cm). A 332x zoom is possible when the optical zoom is combined with the electronic zoom.

The camera features a 16-megapixel backside-illuminated (BSI) CMOS sensor that is powered by an EXPEED image processor. The COOLPIX P950 offers a short approximately 0.52 seconds AF focusing time on the telephoto side when shooting super-telephoto.

The shutter time lag is reduced on the telephoto side such that a shot is taken almost immediately the shutter button is pressed. The camera offers Target Finding AF, focus-mode selector, manual focusing slide dial, 7fps continuous shooting, and a maximum ISO of 6400.

When it comes to video, the camera is capable of shooting 4K/30p UHD videos for up to 29 minutes with stereo sound. In the Movie manual mode, users can fully fine-tune exposure settings and specify zoom speed while recording. You can use the AE-L / AF-L button to lock the exposure while moving from a bright scene to a darker scene.

This feature offers great flexibility as you can easily switch shooting modes when external light affects your view of the rear image monitor or for shooting position stabilization during super-telephoto. Simply take your eyes off the viewfinder to return to monitor shooting again.

The EVF is capable of up to 0.68x magnification and uses a high-res 0.39-inch OLED monitor with a 99% field of view (while shooting). You can quickly select what content appears on the screen while shooting and during playback by pressing either the DISP button or the monitor button. Except for when using the monitor, brightness and hue can be adjusted from the monitor settings in the setup menu. It also has a diopter adjustment function.

On the rear of the camera is a 3.2-inch vari-angle 921K-dot fully articulated touchscreen LCD that offers a wide viewing angle. Shooting flexibility is further improved when used with a wide viewing screen monitor. There is also a new “side dial” from which you can quickly adjust focus and the camera settings during shooting (not supported in some modes).

You can view some official sample photos captured with the camera and watch the following videos to get a first look at the COOLPIX P950.