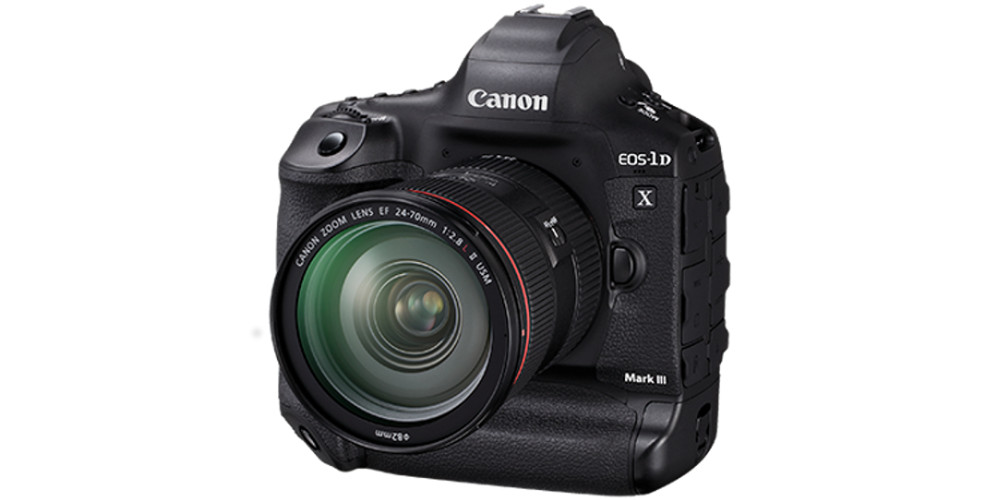 This pro-grade DSLR packs a number of new technologies and blurs the line between still and video cameras. It is to succeed the 1D X Mark II which was announced sometime in early 2016 and is meant to appeal to both Pro photographers and filmmakers alike.

With 20 fps RAW imaging and 5.5K RAW video capture, the Canon 1D X Mark III looks to be a very impressive imaging machine, which is just what Canon needs to deliver given the recent consumer preference shift from DSLRs to mirrorless cameras. Canon says that the new camera was built based on extensive feedback from photojournalists, professional sports, wildlife, and wedding photographers.

The high-end EOS-1D series has always been preferred by sports and wildlife photographers most especially because they blend super speed with full-frame image quality. But the Canon 1D X Mark III boasts the best video specs ever from a DSLR. It offers 12-bit RAW video internal recording at 5.5K resolution or slightly compressed 10-bit 4:2:2 at 4K version at speeds of 60 fps and a battery life of 2,850 shots to handle the task.

When it comes to streaming, it offers 4K/60p video streaming over its HDMI port for external recording and monitoring. The camera also features a 3.2-inch 2.1-million-dot touchscreen LCD at the rear under a viewfinder with 100% coverage and 0.76x magnification.

The new 1D X Mark III builds on the already impressive performance of its predecessor. Unlike the Mark II which has dual DIGIC 6+ processors, the Canon ID Mark III comes with an additional DIGIC 8 processor in the camera which it dedicates to its AF/AE functionality.

When using the optical viewfinder, the camera can shoot 16 frames per second with reduced time lag and image blackout. And in Live View, it’s capable of high-speed burst shooting of up to 20 fps with the mechanical or silent shutter. Additionally, when you use the two CFexpress card slots, the 1D X Mark III image buffer has also been extended can hold 1,000 or more photos in RAW+JPEG.

It features an entirely new autofocus system – a 191-point optical viewfinder autofocus system (with 155 cross-type points) – that uses Deep Learning Technology for tracking the head and face of a subject. Canon says it has redesigned the AF sensor with a new image sensor-based square pixel design that gives the autofocus sensor 28x the resolution at the center.

Eye-tracking is also possible in Live View, thanks to the Dual Pixel CMOS AF which has 525 automatic areas and 3869 manually selectable AF positions. It also enables accurate focusing over 90% x 100% of the viewfinder when using an EV of -6~18.

The flagship Canon 1D X Mark III features a new Smart Controller built into the AF-On button which enables quick AF points selection. Users can quickly move AF points by simply dragging their finger over the button while using the viewfinder or in Live View. Plus when playing back images, the smart controller can be used to move a magnified area.

Additionally, the flagship Canon 1D X Mark III packs a new Network tab in the menu for connecting to Wi-Fi, Bluetooth, its built-in gigabit Ethernet, Browser Remote, FTP, EOS Utility, and more. Encrypted network authentication is supported too. It comes with built-in GPS and resistance to dust and weather.

Among its other specs and features are Touch AF, Face-Priority E-TTL II metering, Digital Lens Optimizer, button illumination, a multi-controller, 10-bit HEIF file format, and many more. With so many new and impressive tech, Canon’s new flagship DSLR can really be seen as a pro-level hybrid.

The Canon EOS-1D X Mark III is set to ship in mid-February 2020 at a price of $6,500, along with a SanDisk 64GB CFExpress card and reader. You can also get a WFT-E9 wireless file transmitter for $650. However, the camera is available for pre-order now.