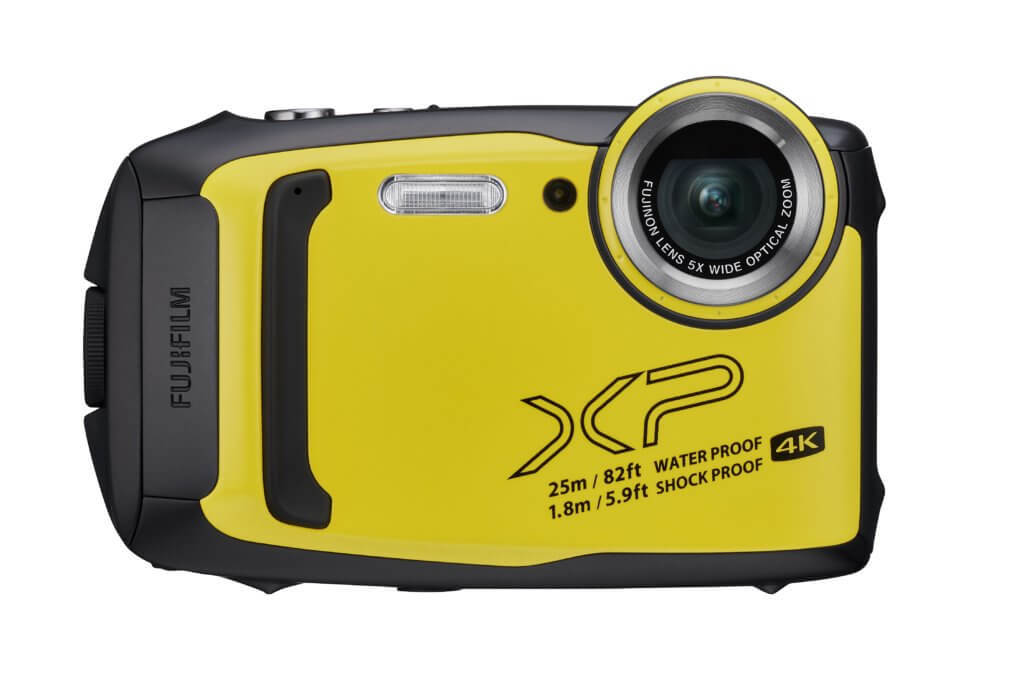 On February 14, 2019, Fujifilm announced that they would be releasing a new addition to their line of compact waterproof cameras soon called Fujifilm XP140. The Fujifilm offers a significant upgrade over the previous model, the XP130, including the capability to take higher resolution photographs, along with improved durability and better waterproof features. This will allow explorers to up their game when it comes to taking photos, whether in or out of the water.

Other notable features in terms of the camera’s durability include freeze protection against temperature as low as 14 degrees Fahrenheit, along with improvements in the camera’s dust resistance, due to an improved design that improves the seal of the entire shell.

In terms of features, several improvements are also to be expected. The new Fujifilm XP140 will feature a backlit CMOS sensor with a 1/2.3-inch rating. This is a standard CMOS sensor size rating for the majority of standard “point-and-shoot” cameras that are currently on the market. The sensor is able to offer photographs of up to 16.4 megapixels. Additionally, the camera will also be able to capture high definition 4K videos at a rate of 15 frames per second. The user will also be able to adjust the video recording settings to 1080p HD instead, which will record at 60 frames per second.

Apart from the improvements in the CMOS sensor, customers will also be provided the addition of a 5x optical zoom lens. The lens comes with a maximum aperture rating of f/3.9 – f/4.9. This is also pretty much a standard setting for cameras with similar features and in the price class of the new Fujifilm XP140.

The company has also announced that their new camera will support an ISO of up to 12800, which is another significant advancement against previous models that were part of the waterproof series. The company also announced that their new camera would feature an improved sensor-shift stabilization feature, allowing for photographs to be captured in order to provide sharper and more stable photographs. The Scene Recognition Auto Mode further enhances the overall quality of the photographs captured by the Fujifilm XP140.

While not on the market as of yet, the company did announce that fans of Fujifilm’s waterproof cameras can expect to find the XP140 available within the next month. At the moment, the company is planning to launch the camera in most countries at the beginning of March.