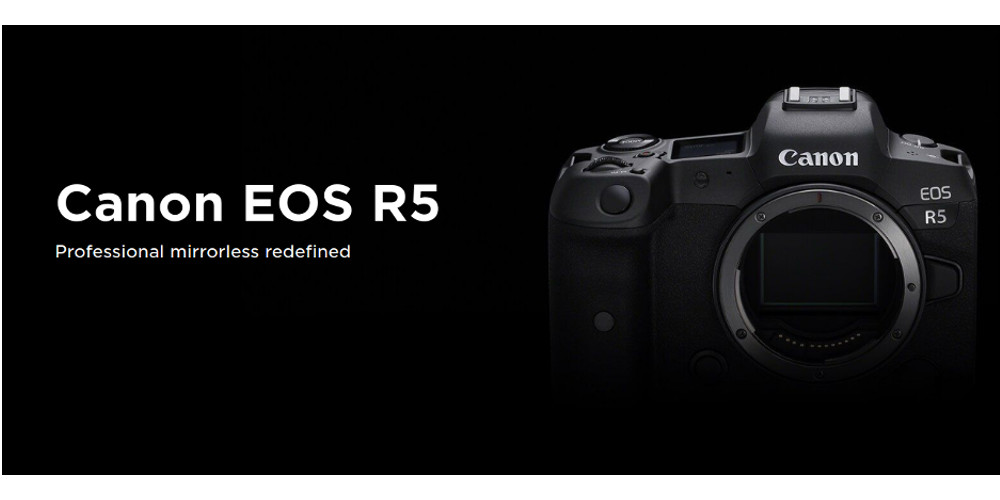 Less than two weeks after Canon announced the new Canon EOS R5, the much anticipated game-changing camera has been reportedly spotted in the wild. Current reports suggest that it’ll be launched sometime in July, before the Olympics at least.

The company showcased both the Canon EOS R5 and RF 100-500mm f/4.5-7.1L IS USM lens in its booth at the 2020 WPPI Expo in Las Vegas. But if you missed it, you don’t have to wait till July to get an up-close view of the new Canon EOS R5. Canon is set to showcase the 8K video camera at The Photography Show slated for March this year, in Birmingham, United Kingdom.

The remarkable specs of the Canon EOS R5 made waves in the industry as well as the photography community when it was announced. Canon’s new pro-grade mirrorless camera is bringing 8K video and 20 frames per second burst shooting along with dual card slots. It will be Canon’s first system ever to feature in-body image stabilization (IBIS).

Expectations have been high since the launch of the enthusiast-level Canon EOS R in 2018. People expressed their wish for a professional-grade version of the camera and Canon has responded with the announcement of the R5. The company said that the Canon EOS R5 has been developed inline “with customer feedback and market needs.”

Despite its impressive specs, it appears that the R5 is not intended to replace the powerhouse Canon EOS-1D X Mark III as the Pro sports camera – which Canon released this month to impressive sales that it says “are performing better than expected.” Though Canon is introducing the EOS R5 as a sub-machine for high amateurs, the company says it “can withstand professional use.”

Features and Specs of the New Canon EOS R5

The manufacturer is yet to officially reveal the resolution of the Canon EOS R5. However, it is believed to be coming with a powerful newly developed CMOS 45-megapixel sensor – which will make it a great tool for shooting stills, videos, and high-end action.

What is known, so far, concerning the video specs of the EOS R5 is that “the camera enables creators to shoot wide in 8K and, when needed, crop for a 4K output.”

As for the new IBIS, the manufacturer has said that it will pack a new “Canon-developed, in-camera image stabilization system” – which will work together “with the lens stabilization system” to ensure that shake-free stills and video content are captured in any situation. And EOS R5 specs leak claims that it is going to be five-axis in-body stabilization and when coupled with an appropriate lens offers up to eight stops of stabilization.

It makes sense to expect that the leak may be correct given that Canon mentioned during its announcement that the EOS R5 will offer “unparalleled image stabilization.” Plus the new Olympus OM-D E-M1 Mark III already offers 7.5 stops of IBIS (when paired with a stabilized lens).

As for speed, creators will be able to achieve 12fps continuous shooting using the mechanical shutter of the new Canon EOS R5. This shooting speed increases to 20fps when using the electronic shutter, which matches the output of Canon’s powerhouse – the Canon EOS-1D X Mark III.

The manufacturer is yet to reveal the details of the Canon EOS R5 memory card format. However, we know the new camera is coming with dual card slots and it wouldn’t be a surprise if at least one of the slots is CFexpress.

The first picture showing the new Canon EOS R5 in the wild has been posted online, along with a report that the 8K mirrorless camera will begin shipping prior to the start of the Tokyo 2020 Olympic Games – which points to a July release for the camera.

Canon Rumors is reporting that the upcoming EOS R5 is expected to begin shipping in time for the Tokyo 2020 Olympic Games, which begins on July 24. The trusted rumor site is also certain that Canon is working on something even crazier for next year – an R1 maybe.

However, you can get a first look at the EOS R5 when it’s displayed at The Photography Show holding in Birmingham, United Kingdom, from 14-17 March before its official release in July.

There’s still no official information on the price of the new Canon EOS R5.