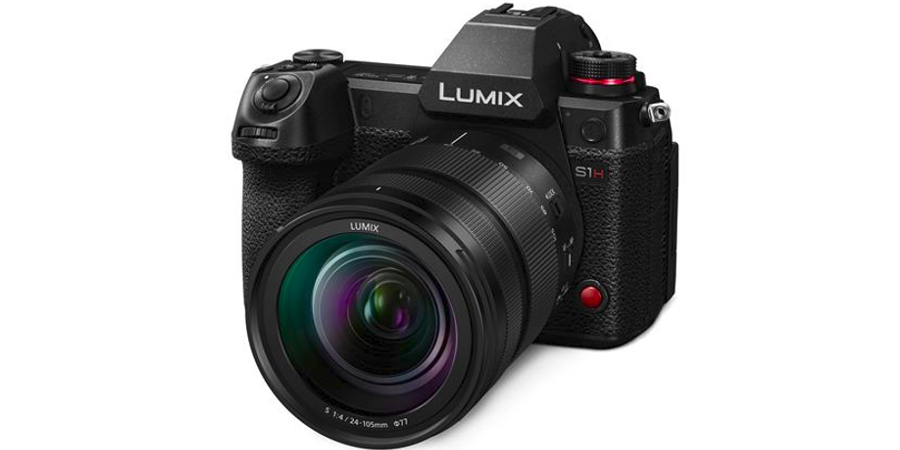 Panasonic S1H increases the variety of options for full-frame mirrorless cameras from the company. Just as the high-resolution S1R is the ideal choice when shooting still photos and the S1 offers the best combination of video and stills performance, the Panasonic Lumix S1H is a high-performance video-focus camera with lots of cool features for video shooting.

Panasonic seems to go all-in on video performance with this Lumix S1H and may have prioritized in some ways video shooting over still photography. The 24.2-megapixel Lumix S1H is the first full-frame ILC ever to offer 6K/24p recording (in a 3:2 ratio). While a hybrid camera, the S1H is primarily a video camera ideal camera for filmmakers looking to enjoy the value of a cinema camera and the benefits of a mirrorless hybrid system.

The Dual Native ISO tech ensures that there’s no increase in noise when users switch between the two native ISO selections of 640 and 4000. It does this by changing the way the camera reads out the image sensor. And the idea of video with less noise sounds appealing to filmmakers.

Panasonic’s latest Lumix camera also features 5-axis in-body image stabilization that works in concert its OIS lenses to provide a reported 6.5 selections of stabilization. The Lumix S1H has two slots for UHS-II SD cards, a fully-articulating LCD screen, a waveform monitor, and allows unlimited record times. It has time code compatibility for multiple camera synchronization and tally lights so you can see when you’re recording.

The camera supports V-Log and V-Gamma capture and can record HDR content in Hybrid Log-Gamma (HLG). Even though the Panasonic S1H is not that into pictures, it’s capable of shooting 14-bit RAW stills at speeds of up to 6fps (with continuous AF) or 9fps (when AF is locked). Other interesting specs include is its Eye Autofocus and Advanced AI Technology which enables the Contrast AF-only focus system to lock onto and track subjects.

The Lumix S1H interchangeable lens system digital camera is also extensively sealed against the weather which makes it resistant to dust, splash, and function in freezing temperatures down to -10°C (14°F). Additionally, it offers various cool photo modes – a 6K photo mode in which you can shoot at up to 30fps, a high-resolution photo mode which uses the camera’s IBIS to produce 96-megapixel photos by merging several images.

You can get more information about the latest S-series camera from the Panasonic website, and pre-order one for yourself. The Panasonic Lumix S1H will be available in the market at the end of September for an MSRP of $4,000.