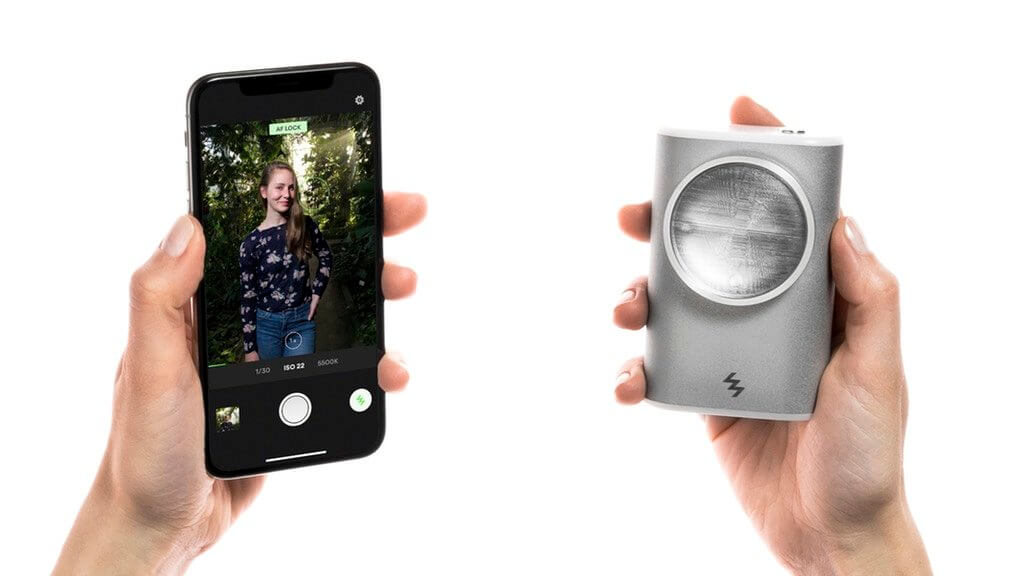 Back in the day, phones didn’t have great cameras, but today the story is different. Thanks to the wonderful evolution of technology, you’re able to capture amazing photos using your smartphone. That explains why an increasing number of people prefer taking photos with their smartphones rather than a “regular” camera. However, you’re well aware of the fact that phones still don’t have great flash – and that can be quite annoying. Well, things about to change with a new add-on called LIT Flash.

So what is it, exactly? LIT Flash is an innovative handheld wireless Xenon flash created by Marko Pirc from Slovenia, the same guy who invented the Lumu smartphone light meter. What Pirc wants to achieve is to change the way smartphones are used in photography and to enhance our overall experience. And who wouldn’t want that? Although phones today have truly awesome cameras, there’s always something we’d want to improve and flash is one of them. Someone is finally stepping up to fix that problem. After all, Xenon flashes are more powerful than their LED counterparts which could explain why the latter is used for smartphones. Bearing in mind that Xenon flashes are more versatile and make photos better in terms of quality, LIT Flash allows users to get all their perks and make the most out of Xenon even though they don’t have it on their phone per se.

According to the creator of LIT Flash, this is the first device to deliver breakthrough usability designed specifically for smartphones and people who use them for their photography purposes. The primary objective of LIT Flash is to empower people who have no experience in flash photography, but also more experienced photographers.

As a practical accessory, LIT Flash was designed to be easy to use and allow us to make better photos using flash, unlike the ones that we currently have on our camera roll but haven’t posted them due to poor quality. LIT Flash fits in your pocket due to its compact size. It isn’t bigger than your palm. The device syncs up to your phone using Bluetooth. The good thing about this device is that you can activate flash via the app or by pressing the button on LIT Flash itself. The device has Xenon lamps with an output of 40Ws and a lithium-ion battery that allows you to take about 200 full-power flashes with a single charge. The USB port on the flash allows you to charge it quite fast.

LIT Flash also has a great feature that notifies users if their device is out of range. Then, it displays the last known location of the flash before the connection got lost. This is definitely a nice feature because you won’t end up losing or misplacing the device and then struggle to find it.