The rendering of Huawei P30 and P30 Pro by a case manufacturer gives a nod to the possibility of a four cameras setup. Speculations of Huawei P30 Pro having a quad camera setup has been thrown around for some time now. Even Walter Ji, Huawei’s European head, once gave hints of what to expect.

During an interview, Walter said that there will be more innovation in the camera. Commenting on the number of cameras, he said that we could have four cameras next year since we already have three.

Mobile phone case manufacturer, Olixar, has renderings for Huawei P30 and P30 Pro cases. Recent leaks of Olixar case images show the P30 as having three cameras in a vertical arrangement on the back. The image of the P30 case shows a single vertical cut-out for the three camera set and a LED flash.

The Pro version case shows a set of four vertically stacked rear-mounted cameras with a vertical flash in a new position. However, Huawei P30 is not the first smartphone to feature four cameras. Samsung Galaxy A9 launched earlier this year already features a quad camera setup. 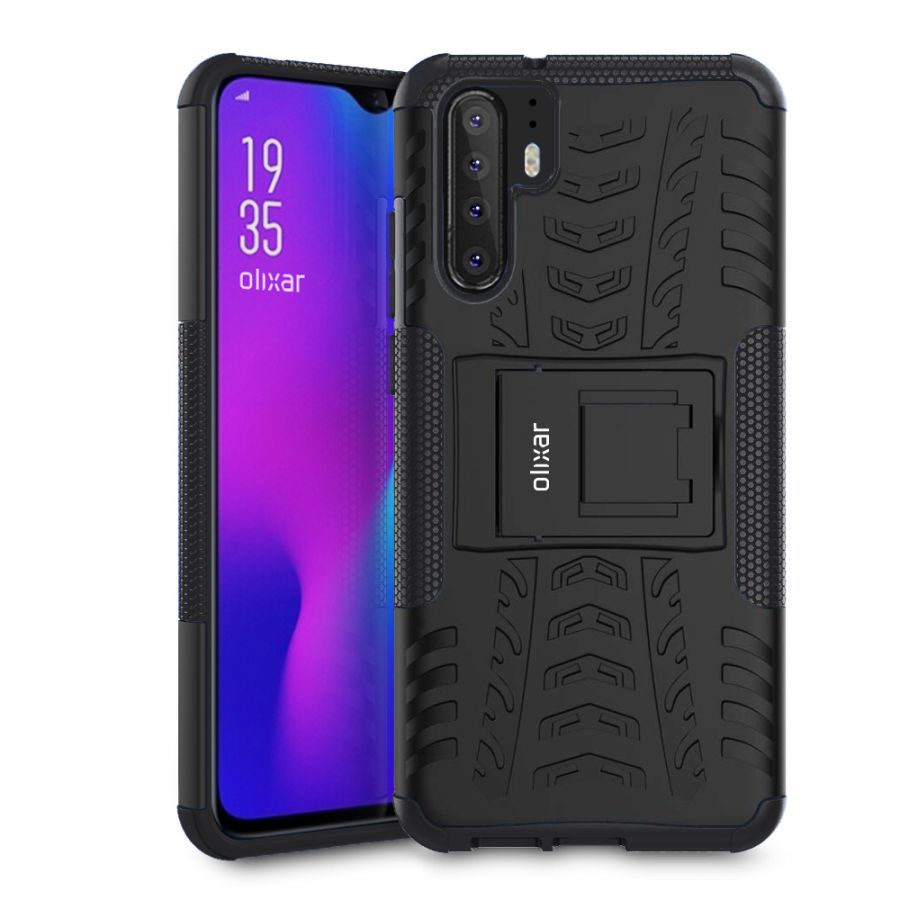 Previous renderings had shown that the Pro version of Huawei P30 may drop the wide rectangular notch design for a water drop notch display design. However, the water drop notch design for the P30 and P30 Pro seems to be slightly different. Huawei’s choice of design may be in order to increase the screen-to-body ratio. The P30 series may feature an OLED display. Presently, only Samsung has the punch hole design for OLED displays.

Some available renders group three cameras, the LED flash, and a laser focus module together in a vertical arrangement. The fourth lens is seen in a separate casing but along the same vertical plane.

The case images from Olixar shows a date arrangement like that of the OPPO R17 on the top-left corner of the display. At the bottom edge of the cases are cut-outs that could be for USB-C and external. The P30 cases also have a large circular cut-out at the top edge for a feature we aren’t sure of yet. Some speculate that it could be a 3.5mm audio jack feature that is lacking in its P20 series. 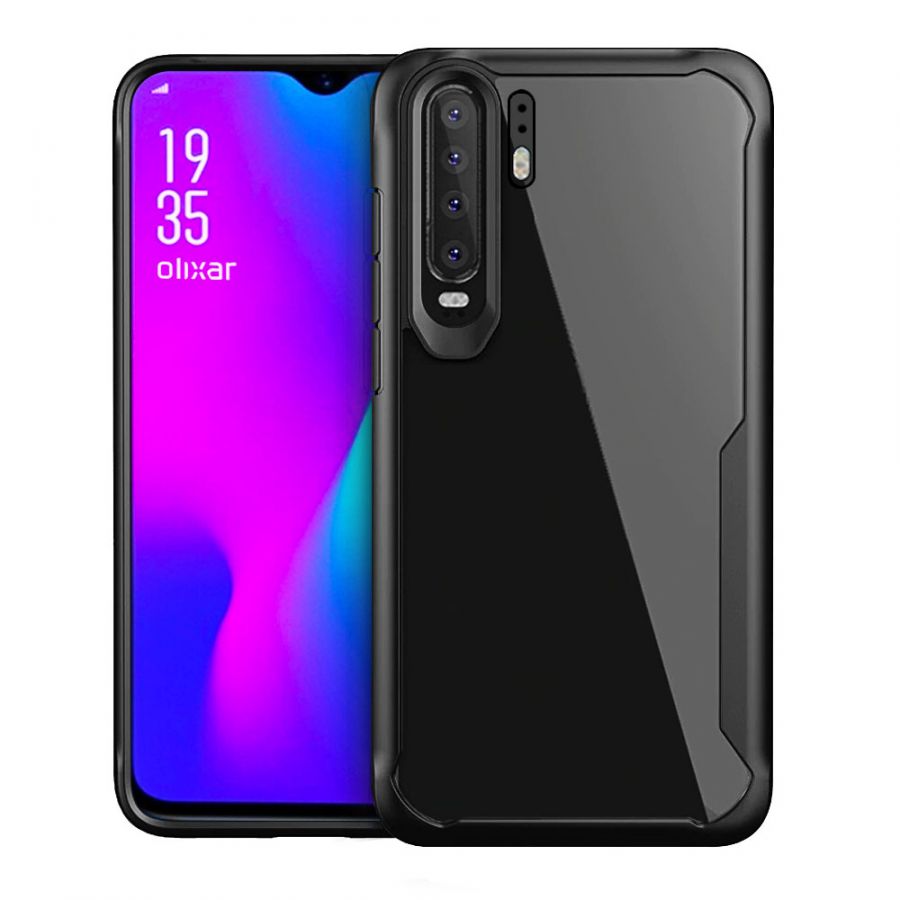 A recent report also claims that Huawei P30 Pro could feature an additional rear camera sensor. The leaks show a dual-LED flash feature place under two dots. The dots appear to be spaces for some additional sensors such as laser auto-focus module.

It seems, also, that Huawei will be focusing on sensors rather than megapixels with its P30 Pro. Rumors have it that the smartphone may feature a relatively small 38 MP camera with a larger sensor.

This is quite small compared to the 48 MP of Huawei’s other camera phones. For example, Huawei Honor View 20 and Huawei Nova 4 feature 48 MP. Even Huawei P20 Pro features 40 MP cameras. However, the larger sensors would greatly improve the phone’s image quality.