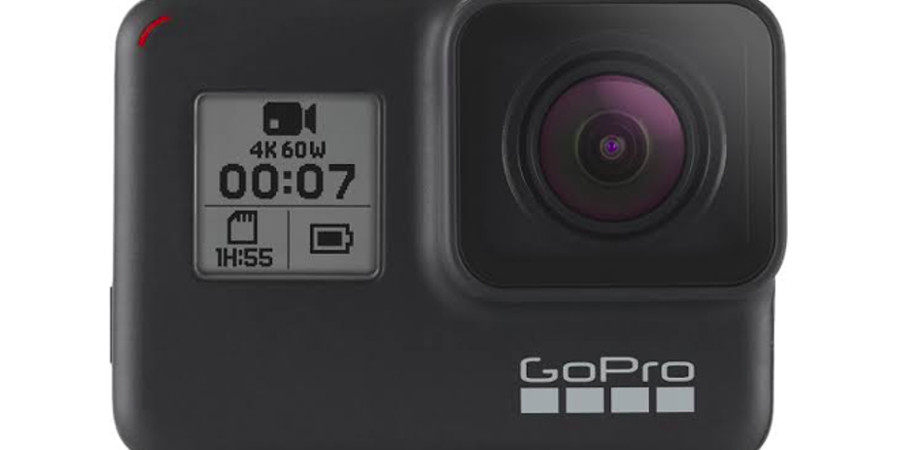 Several leaked photos from Photo Rumors (via The Verge.com) appear to depict two upcoming cameras from GoPro. The new leaks claim to show the GoPro HERO8 and Max 360 cameras. In addition to the images, the leaks say that the GoPro HERO8 action cam will outperform its predecessor in shooting speeds while delivering twice as much maximum frame rate.

Photo Rumors also said it will be announced in no distant time (maybe next month). The new leak implies that the HERO8 will allow the mounting of a number of accessories. This includes a mountable screen and LED flashlight.

The new HERO8 leak is coming on the heels of the release of a direct competitor — the DJI Osmo Action cam from rival manufacturer DJI. The DJI Osmo action cam is the very first action camera from the company, and it appears to be a strong competitor for GoPro’s existing HERO7.

According to the leaks, GoPro’s upcoming flagship camera will likely support a variety of accessories. This includes a new attachable screen and LED flashlight. It could accommodate an external microphone accessory too. Having support for mountable external accessories could help make the camera be more useful in versatile filming scenarios.

Cameras by GoPro are usually rugged in design which could force them to compromise on certain features. The leaks suggest a new design with optional housing, an enhanced lens, and better image quality. The GoPro HERO8 will be capable of recording 4K videos at speeds of 120fps as well as full HD videos at 480fps.

We can also expect an impressive internal camera construction. According to the leaks, the HERO8 may run on a new and better version of the company’s in-house SoC — the GP2 chipset. GoPro’s GP1 chipset with its superb image processing capacity made its debut with the company’s HERO6 late in September 2017.

Considering the amazing capabilities of the GP1 chip, a new SoC could bring several exciting enhancements in other areas too. The new GP2 processor is expected to deliver better stabilization and imaging performance.

Some weeks ago, Chief Executive Officer, Nick Woodman made comments that appear to support this leak. He was reported as saying that the company “is planning for a refreshed lineup at all price points,” which includes the “next-generation spherical camera.”

From the leaked images, the GoPro Max has its first camera on the front. And at the rear, there seems to be a screen as well as a second camera.
The GoPro Max will be the first 360 camera from the company since its GoPro Fusion 360 camera which was launched in 2017.

These leaks do not really say exactly what one should expect from the upcoming GoPro Max. However, we can hope to get a GoPro package that will enable users to utilize its potential beyond the few available native services with support for 360 videos.

GoPro has registered a new Max camera with the Japanese Ministry of Communications. According to Photo Rumors, the new model will replace the GoPro Fusion 360 which is already on closeout with huge discount offerings. The upcoming GoPro Max camera is already registered with the FCC under the code SPCC1.

Furthermore, the CEO was said to have placed the arrival of the company’s “refreshed lineup” in the fourth quarter of the year. Hence, one can say there’s a good chance that these new cameras may be announced in September.