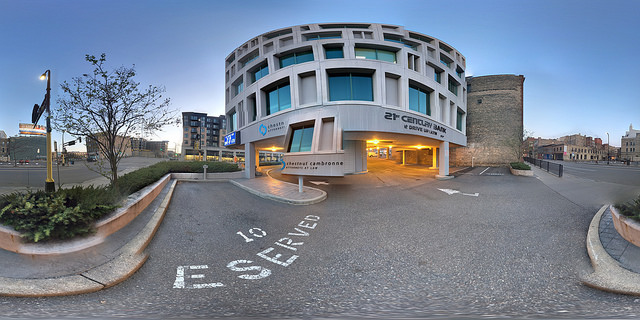 Trailblazer, an application that can be downloaded and installed on a desktop computer, announced that their software will now allow GoPro Fusion users to update Google Street View. The company behind this software, Panoskin, is the first within the United States to be officially approved by Google for this particular purpose. Fusion is also the very first camera by the GoPro brand to feature 360-degree recording capabilities.

On February 6, 2019, Panoskin, a software development company in Chicago, announced that a new update for their popular Trailblazer software adds official support for the new GoPro Fusion 360-camera.

Users of the GoPro Fusion have already been enjoying the amazing quality of the camera, taking photos while enjoying adventures – whether out hiking, camping, or snowboarding. The added ability to take 360-degree photographs further pushed the limits of all previous products that the GoPro company has released and provided photograph enthusiasts with even more ways to capture their memories.

A recent firmware update that was made available for the GoPro Fusion increased the camera’s resolution. Now the 360-degree capabilities are not all that is impressive, but users can capture footage at an incredible resolution of 5.6K, making this one of the best cameras in its class at the moment.

Trailblazer has been providing users with a way to update Google Street View for the past few years – and now they have officially announced that the GoPro Fusion is among the supported devices on their list. The company behind this software is also the only one in the United States to be officially approved, directly by Google, for making updates to the Street View platform.

More than 1.5 million 360-degree scenes have been uploaded to Google Street View using software developed by Panoskin in the past, with a userbase that reaches over 9,000 photographers in total. With the added support for GoPro Fusion, the number of users submitting updates to Google Street View is likely to increase.

The software is fitted with appropriate conversion tools that can make important 360-degree images that were taken with the GoPro Fusion. The images are then converted into an appropriate format supported by Google Maps. A GPS system is used in order to determine the location where the photograph was taken accurately. Finally, the converted image, along with its accurate GPS location, is synced with the user’s Google account and ultimately submitted to Google Street View.

This does not only benefit people who are constantly finding themselves out on adventures but can also be a useful strategy for businesses to ensure their location is always updated with the latest changes to their building on the Google Street View platform.

With the latest version of Trailblazer, along with the new GoPro Fusion camera, people are now able to capture their best moments and use it to update Google Street View. There are different reasons for wanting to update Google Street View, ranging from showing off beautiful scenery throughout the world to business owners wanting to showcase changes that have been implemented at their location.