Flickr announced that they have taken quite a drastic measure in reducing the size of the free accounts they offer users. With this announcement also comes news of various features that the platform is planning to integrate in the near future, including better exposure, improved statistics, and possible integration with the Creative Cloud software suite from Adobe.

The announcement of the drastic size reduction in free accounts on the Flickr platform was officially published on the December 16th, 2018.

Photographers have taken advantage of the Flickr platform to showcase their work for more than a decade already. In 2013, the platform made a huge announcement that free accounts will have access to one terabyte of storage. Flickr Pro was also announced, allowing photographers to subscribe to a monthly plan if they needed more storage. 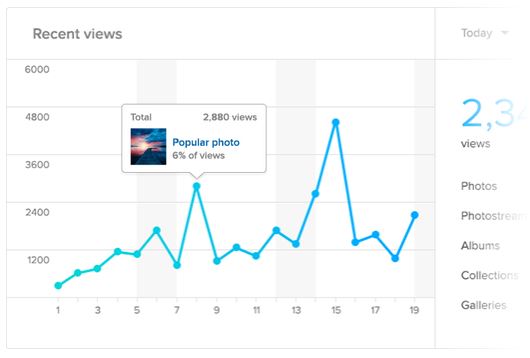 Since the upgrade to one terabyte free Flickr accounts, the platform has noticed that many photographers have started to use the platform solely for the purpose of the storage space, Flickr was originally created to provide a community-based platform for people to show off their artwork, photography skills, and their graphic design capabilities

By switching to the use of Flickr as a storage solution instead, the true essence of the platform being a community-based system was lost. Now, with the recent announcement of a reduction in storage space provided to users who register for a free Flickr account, the platform hopes to restore the community-based approach that the platform was originally intended for.

As of the announcement made by Flickr, users who register for a free account will not have a size restriction anymore, but will rather be limited to uploading a maximum of 1,000 photographs or images onto their account. This is quite a drastic reduction in size since 1,000 photographs will take up a significantly lower amount of space than a full terabyte.

Both of the Pro plans come with ad-free browsing, unlimited storage space, as well as access to the new Advanced Statistics system that have been integrated into the Flickr platform.

The platform is also looking to collaborate with the Adobe Creative Cloud software suite. Flickr Pro already provide users access to a 15 percent discount on some Adobe products. In the near future, we might see the platform integrate directly into software that forms part of the Creative Cloud suite.