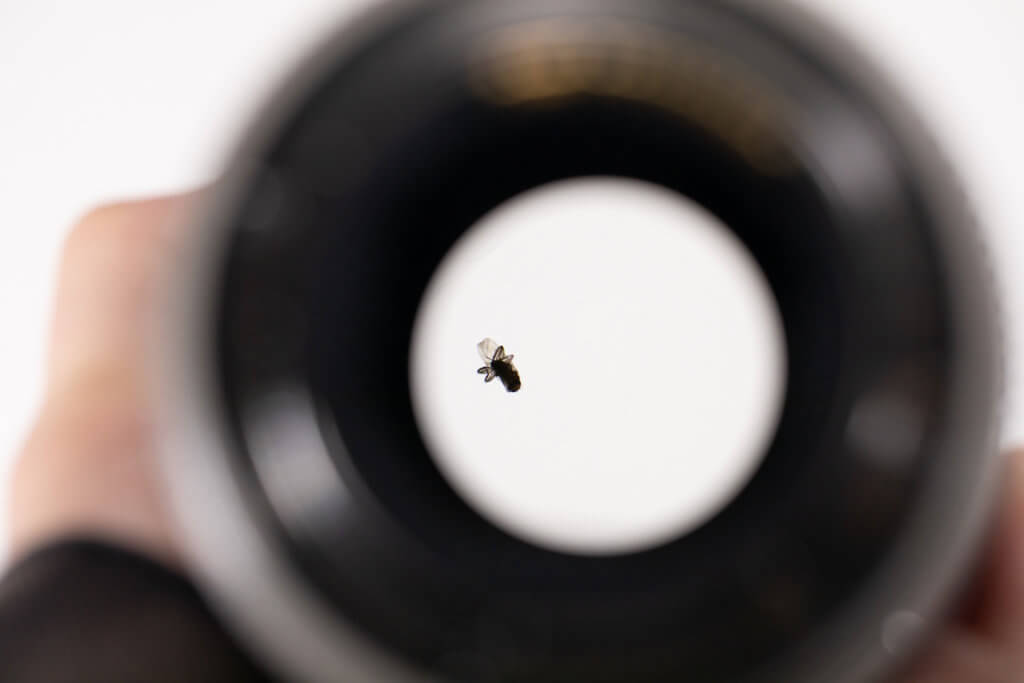 Roger Cicala at LensRentals, along with his team, made quite a discovery last week. After their Canon 70-200mm f/2.8L IS II lens has been circulating for over three years, a fly ended up in the lens. Prior to taking on a very intricate task of removing the dead fly from the lens, the team decided to take a few shots with the lens to see just how much the fly would affect the image quality. The results from the shots were quite surprising to the team and to many fans.

The team over at Lens Rentals made the announcement just over a week ago. Roger mentioned that the discovery of a fly in their Canon lens was quite a surprise for them and was completely unexpected. It was noticed when one of the team members was looking to capture a few shots with the help of their very popular Canon 70-200mm F2.8L IS II lens.

Before Roger decided to remove the fly from the Canon lens, the team decided that they will first do a little experiment – they wanted to see just how much of an impact that small fly would have on the overall quality of a photograph taken with the lens mounted on one of their camera systems.

The results of the experiment were surprising. The team thought that the fly would have a significant level of interference in the images that they were taking with the camera. When the lens was mounted on their camera, and a few shots were taken, the fly was barely visible on an F13 setting.

The team decided to push up the setting to F22, along with a zoom of 70mm. This was the first time that the fly had a more significant impact on image quality and visibility, but the fly itself still was not more than just a black blurry object in the final picture that was rendered by the camera.

While this did not prove much, other than the fact that a fly inside the Canon 70-200mm F2.8L IS II Lens would not have too much of an impact on image quality, it surely was an interesting experiment.

The team at Lens Rentals are not completely sure how exactly the fly was able to make its way into the lens. Roger did note that he suspects the fly could have entered the lens while it was in use, as during use a small opening can be found during certain zoom levels.