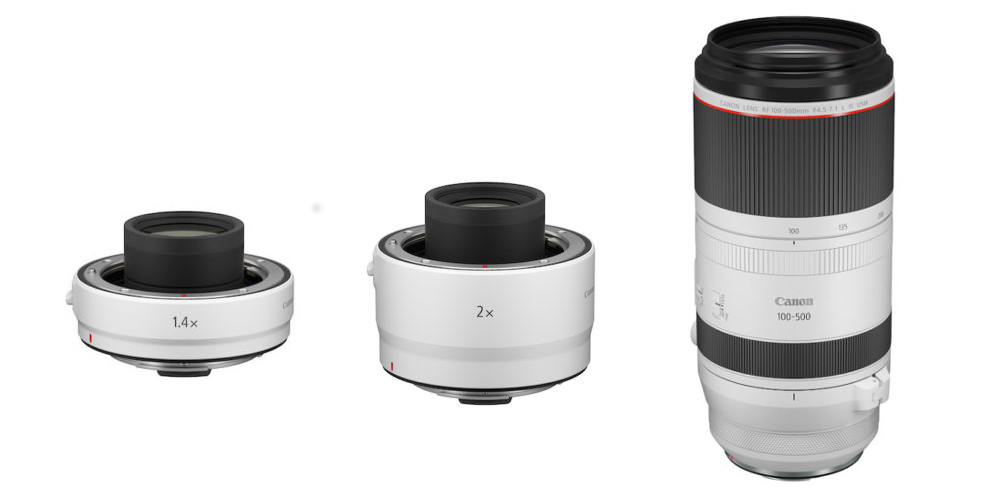 The imaging giant, Canon, is on a roll this year with the many camera and lens announcements, releases and rumors – yes, there’s a rumored list of five more new Canon RF lenses 2020. The newly released Canon EOS-1D X Mark III is still making waves in the sports photography arena and recording impressive sales. A crowd of pro Canon photographers is eagerly waiting to get their hands on the 8K video shooting Canon EOS R5. Now there’s a list of new RF lenses rumored to be coming this year as well.

The company seems to be a bit reluctant about announcing its lineup of planned lenses for the new RF mount for 2020. However, canon has confirmed that up to seven new RF lenses and two extenders are expected to be announced before the year runs out. Canon is really showing its commitment to the RF mount as promised.

As usual, the reliable Canon rumor website – Canon Rumors has a list of lenses it says it has confirmed could be showing up in 2020. On the website’s list of new 2020 RF lenses are the following:

The Canon RF 24-105mm f/4-7.1 IS STM is essentially a kit lens given that it is expected to be a really versatile lens and is coming at such a low price of just about $400. And it is quite a lightweight lens weighing only 13.93oz (305g). The also recently announced Canon 100-500mm f/4.5-7.1 L IS USM, on the other hand, is a much more serious piece of glass for which we eagerly await further details.

The other five lenses are still subject to a lot of speculations. It seems like Canon is finally going to announce a glass for its mirrorless systems and is neither Pro-grade nor top-end for customers with deep pockets. With potential stellar lenses such as the Canon RF 35mm f/1.2L USM and the Canon RF 70-135mm f/2L USM, the company is really showing its devotion to the Canon RF mount this year.

The Canon 50mm f/1.8 Macro IS STM fits in well with the rumors of a nifty fifty lens that started circulating last year. A nifty fifty has not been fairly represented in the Canon lens line-up, so it’s a welcomed addition. A 50mm f/1.8 would be a great budget-friendly fast lens that could serve as the perfect piece for a starter kit. But unlike the typical 50mm f/1.8, this is rumored to be capable of macro which might make it lens a little less affordable.

The Canon 85mm f/1.8 IS STM would then complete a trio of not-so-fast prime lenses to go with the Canon 35mm f/1.8 that was announced in 2018. It sounds like a lens that will be well suited for event photography.

The 35mm f/1.2L, on the other hand, will be an excellent companion to the much talked about Canon 50mm f/1.2L that has drawn so many positive reviews since its launch, owing to its reduced flange distance and speed. It seems like it will be a great tool in the hands of wedding photographers.

Another upcoming RF lens that’s definitely going to raise eyebrows is the 70-135mm f/2L, which fits in well with Canon’s bid to change our perception of what constitutes the holy trinity of fast zooms.

While it has been confirmed that Canon will announce five more RF mount lenses this year, this list of exact lenses to expect is still in the realm of rumor. For now, we can only wait patiently for Canon to reveal more details about the specs of the two upcoming RF lenses it has already announced, including their prices.