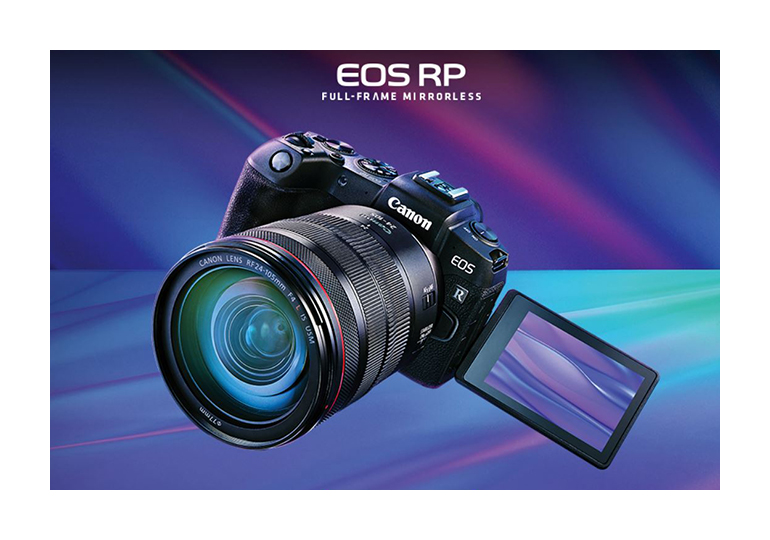 In just a few weeks after its global launch, Canon’s EOS RP makes entry into the Indian market. The EOS RP is Canon’s most compact and lightweight full-frame mirrorless camera yet. The camera has been launched on Wednesday at a price-point of Rs 110,495 for the body only. It is also available as a kit at price point of Rs 199,490.

For many years, the Japanese camera maker has championed the production of pro-grade DSLR camera segment. The EOS R was Canon’s first full-frame mirrorless camera which hit the Indian market in September last year at a starting price of Rs 189,950.

Built on Canon’s proprietary technology, the camera uses the DIGIC 8 image processor. It has 4K video recording, EV-5 focusing, and 0.05s focusing speed capabilities. The EOS RP comes with the RF lens mount which the EOS R uses. Plus the RF mount sports a short flange focal distance of 20mm.

The President and CEO of Canon India, Kazutada Kobayashi, said that the company has pushed the frontiers of photography in India with the launch of EOS RP in the country. He said that the EOS RP is a portable and affordable product which will enable aspiring photographers to embark on their full-frame mirrorless journey. Indian consumers should expect some surprises because the company will continue to develop new products in this segment.

Minus the impact of GST, Canon registered an impressive double digit net growth in the country last year. According to Kobayashi, the company’s 2018 business growth is evidence that India is one of Canon’s top performing markets across the world. And the company hopes that 2019 will be a successful business year in India with innovations like the EOS RP.

The camera comes with Eye Detection AF and is capable of a maximum video quality of 4K 24p with 4779 selectable AF point positions and 143 AF area divisions for auto AF mode. It uses a 7.62cm (approx. 1.04 million dots) Vari-angle touch-enabled LCD. It comes with a customizable electronic viewfinder (EVF) which Canon says provides 100% coverage and a 2.36million dots OLED display. Canon EOS RP supports Wi-Fi and Bluetooth Low Energy (BLE) technology which makes for easy transfer of images to a smart device or a computer. Canon EOS RP has a magnesium alloy body.