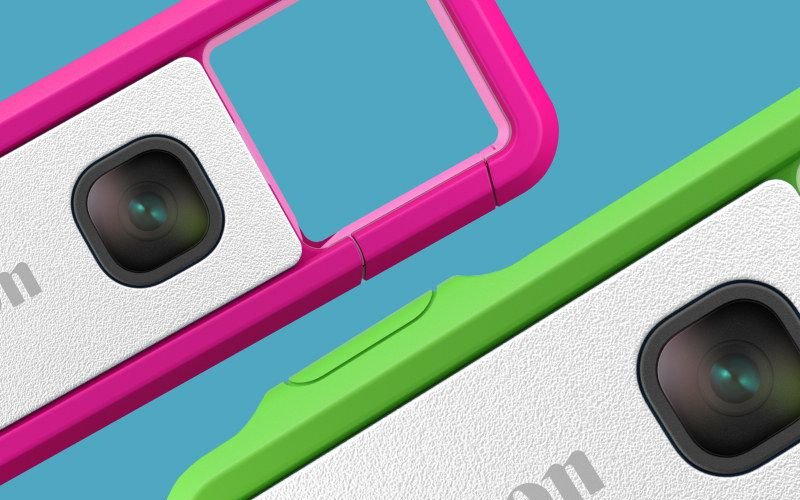 In a rather interesting development, Canon has launched a crowdfunding campaign on Indiegogo for its newest camera, the Ivy Rec. The Canon Ivy Rec is a small clippable outside camera. Described as “the ultimate go-anywhere camera”, the Canon Ivy Rec resembles a slightly bigger USB flash drive with no screen or traditional viewfinder. It’s a rugged, compact, lightweight clip-on camera – which is a perfect companion wherever “the moment takes you.”

Using a 13MP 1/3-inch CMOS sensor, it takes still photos and 1080p videos at up to 60 frames per second. In the absence of a screen for viewing images, the Canon Ivy Rec uses Bluetooth and a new companion mobile app – the Canon Mini Cam App – for reviewing photos and wireless file transfer.

The Canon Ivy Rec is perfect for rough-and-tumble outdoor activities. According to Canon, their latest camera invention is both weatherproof, dustproof, and shockproof (up to two meters). In addition to the tiny size of Canon’s Ivy Rec, it is designed to survive for up to 30 minutes in one meter (3.3 feet) deep water.

The tiny outdoor camera is only 110.5 x 45.2 x 18.5 mm in size and weighs around 86 grams. It’s built into a keychain carabiner with which you can clip the camera to your backpack or belt. The Ivy Rec could be useful for clipping onto ones backpack for hiking trips or bike rides. Or to view the world from your pet’s perspective by clipping it onto their collar.

The Canon Ivy Rec’s carabiner doubles as a viewfinder. The empty square space of the clip doubles as an analog viewfinder with which you can frame your images. Users can also pair with the Canon Mini Cam App to use a compatible smartphone as a live, wireless viewfinder. On the back is a single dial with which users can switch between modes.

Canon’s Ivy Rec is still in its preliminary stages of development. It was one of the many concept cameras on display at Canon’s stand at CP+ in Japan. It was identified with its Japanese name Canon Soto Asobi bringing speculation that the development and production of the camera will be an entirely Japanese business.

Seeing that Canon USA was the one launching the crowdsourcing campaign when it’s not directly involved in the development or manufacturing of the product leads us to wonder if Canon is simply trying to gauge Ivy Rec’s likely acceptance in the West.

There are speculations as to why Canon may be taking the crowdfunding route. One of the reasons given is that the company is trying to expand its customer base by capturing as many new customers as possible, especially casual photographers.

Anyone wishing to be among the “early birds” can do so in 31 days as Indiegogo campaign ends on August 10, 2019. According to the timeline currently available on Indiegogo, actual manufacturing of the camera will commence in September and the Canon Ivy Rec will be available for shipping around October 2019.

One can only guess the intended market for the Canon Ivy Rec. At this time, it is difficult to say whether or not the camera is worthy of investment. However, interested parties who sign up will be notified when it becomes available.