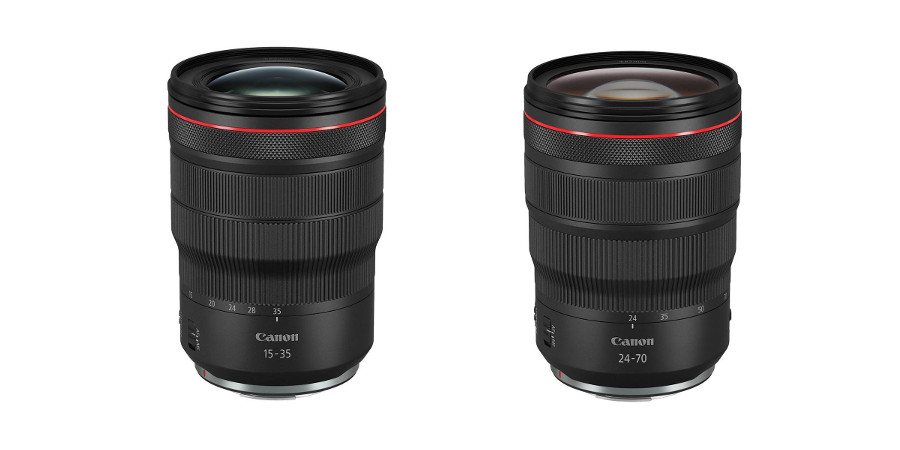 A newly uncovered patent and a report from Canon Rumors have revealed that Canon has some exciting future plans for its full-frame mirrorless cameras. According to the reports, Canon is working on at least three new RF lenses, one of which may be announced really soon — in the first half of 2020.

The camera company is rumored to be developing a pancake lens, nifty fifty, and has the design for a lens that is basically the RF-mount version of Canon’s popular 135mm f/2L EF-mount lens.

Canon had recently announced that it is pausing on developing EF lenses and would focus on making RF lenses instead. Since then, a lot of people have been wondering what the company is up to. And now, we have a clue…  According to multiple reports, Canon is actually working on RF lenses on both the high and low ends of the price spectrum.

Canon Rumors says it has received information that Canon is planning two new RF lenses to be released soon for its RF Mount. Its source revealed that one of the upcoming RF lenses is an inexpensive prime lens that will be released sometime in 2020.

Canon News also says it has uncovered a Japanese patent application that describes another upcoming RF lens. Two of the rumored RF lenses are said to be coming in at a relatively affordable rate while the third lens will be on the much more expensive end.

In the past year, Canon has released really impressive lenses for its full-frame mirrorless system, However, they have been on the much more expensive end. Announcing some more compact, cheaper EOS RP lenses will definitely make mirrorless digital cameras more appealing to entry-level users who simply need a compact glass that may or may not be super fast.

One of the upcoming RF lenses is said to be an f/2.8 pancake lens. This lens is expected to be released first as the source said it is scheduled to launch sometime within the next six months.

Canon Rumor’s source revealed that the second lens is a “nifty fifty” RF 50mm f/1.8 that will be arriving much later. Unlike the f/2.8 pancake lens, this second lens has only been listed on a roadmap but without an announcement schedule.

Canon News has also uncovered a Japanese patent application that describes an upcoming RF lens. The lens described in the patent is basically the RF-mount version of Canon’s popular 135mm f/2L EF-mount lens.

Canon New says that it is the RF 135mm f/1.4L USM — which makes it one of the three RF lenses that Canon may soon announce. The patent filing is said to describe a lens with the following specs:

Canon News is confident that the lens will soon be announced and it will essentially complete the “professional prime portrait lens kit.”

The pancake lens is expected to be launched first, sometime within the next six months. The others will come much later. Two of the upcoming RF lenses — the Nifty Fifty 50mm f/1.8 lens and the f/2.8 pancake lens — will be coming in as a relatively lower-end glass. On the much more expensive end is the RF 135mm f/1.4L USM lens described in the patent application.

Canon’s lens releases for the full-frame mirrorless cameras, though impressive, have been on the much more expensive end. While the 135mm f/1.4 will serve as a more impressive addition to the already impressive lineup of RF lenses, a pancake lens and the nifty fifty will really fit into the much-needed range of cheap lenses for Canon.