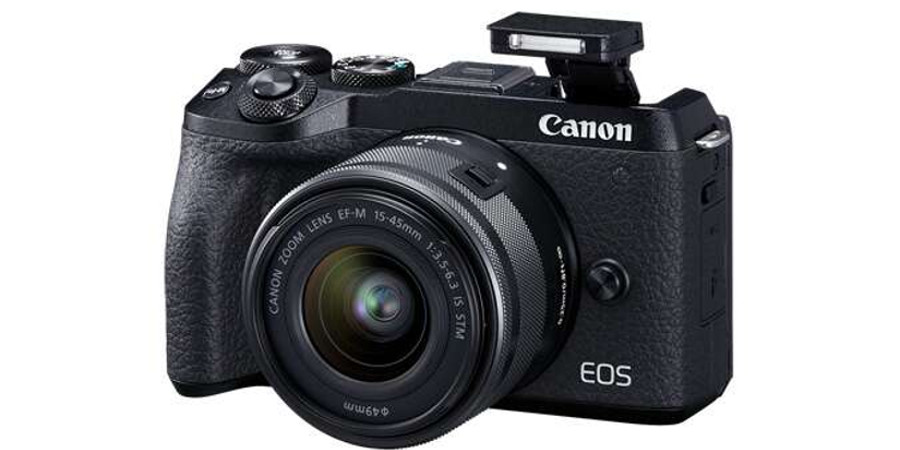 The new M6 Mark II is basically an EOS 90D but with a mirrorless camera body. Canon says that the new compact M6 Mark II is destined to wow advanced-amateur photographers. It offers a number of core specs and features that are available on the 90D.

At the core of the Canon EOS M6 Mark II is a 32.5-megapixel APS-C CMOS sensor with a 1.6x crop. The camera is powered by the same DIGIC 8 image-processing engine that enables it to shoot 4K quality videos and Full HD videos alike. It has the same ISO range of 100-25600 which is expandable to 51200.

It features a Dual Pixel CMOS AF system which in Live View has 5,481 manually selectable AF points. You can manually select any AF point by touching the 3-inch 1.04-million-dot tilting touchscreen LCD with your finger.

The touch-and-drag feature of the camera can also be used when it’s paired with an optional electronic viewfinder, the EVF-DC2. Also available on the M6 Mark II is the Eye AF Servo which aids in shooting human subjects.

Canon’s new crop mirrorless camera, the M6 Mark II, offers a better experience than the 90D in some areas. It is capable of continuous shooting speed of up to 14 frames per second with AF tracking and Animal Eye tracking. It’s easy to carry around in a coat pocket or bag as it weighs only 408g including battery and memory card.

When it comes to video recording, the Canon EOS M6 Mark II can shoot 4K UHD 30p and Full HD 120p videos with no crop. The electronic shutter offers shutter speeds as fast as 1/16000 of a second. And the camera can shoot up to 30 frames per second when in RAW Burst Mode with pre-shooting capabilities.

The new Canon EOS M6 Mark II comes in a magnesium alloy body with a built-in flash, Wi-Fi and Bluetooth connectivity, USB-C, and a full-charge battery life of 305 shots. While the EOS 90D is similar in style to every other mid-range Canon DSLR, the M6 Mark II comes in a compact form that’s essentially no different from the original M6 launched in 2017.

Both lenses are scheduled to arrive next month for $2,299. Canon has also pledged to complete its pro-zoom “trinity” lenses by releasing a 70-200mm f/2.8 by the end of this year.

Like the Canon EOS 90D, the new Canon EOS M6 Mark II will be available in September 2019. However, it’ll come with a cheaper price tag of $850 for the body only. It’s also available in two sets of bundles with other accessories.