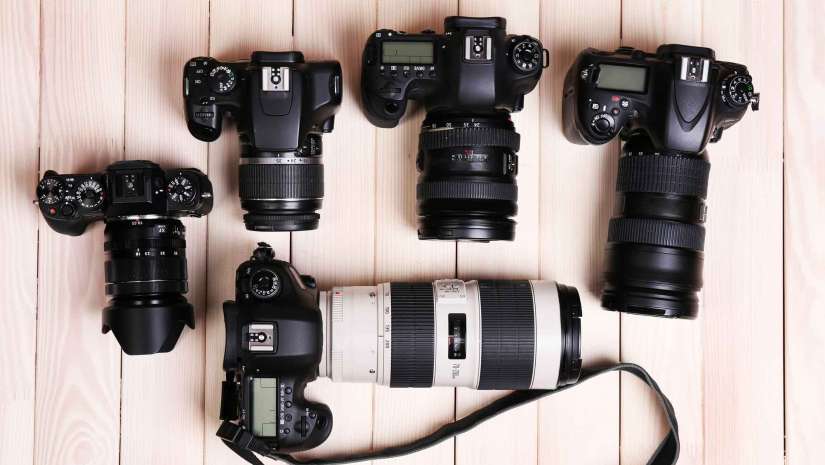 Cameras, cameras, cameras. There are so many to choose from, so when it’s time to upgrade your camera, which model is the best option? The first thing you need to decide is if an upgrade is needed. Is your current model worn out? Do you need newer facilities, or do you simply want an upgrade? The list goes on.

When a camera manufacturer brings out a new model it’s easy to convince yourself that you need it at all costs. A slightly bigger pixel count, a few extra AF points, and new and improved subject tracking. Those new features can be ever so tempting, but the first step is to nail down if you really need to upgrade what you currently have.

The reasons to upgrade your camera can range from both practical to superficial. I’ve been at both ends of the spectrum. I’ve bought gear as a necessity but in other cases, just because I wanted something new. Both routes can work to spark a new-found interest in photography, but you need to figure out what the upgrade is really for.

If you’re a professional photographer, it’s likely that a new camera will replace a worn out version. If you’re an enthusiast, the camera body may not be mission-critical, which means you have more scope to pick and choose.

A personal example will probably serve as the best. I used a Canon EOS 7D Mark II for years. Weddings, events, portraits, the 7D was a great little workhorse. I knew the camera inside out, what it was capable of, and what it was not.

However, when the Canon EOS 5D Mark IV was released and I borrowed one for the day, the deficiencies in the 7D soon became apparent. In my case, I now longed for ISO higher than 1600, better ISO performance, more AF points, faster tracking, a larger rear screen, etc. Basically, all the updated elements in the 5D along with a full-frame sensor.

The 5D Mark IV has its pros and cons, but as a Canon user who didn’t want the bulk of a 1D variant, the 5D fit the bill. I now have more capabilities, more keeper images, and I can work faster. It was a necessary camera upgrade in my eyes. The 7D is still very capable, but advancements have brought more capability and a faster workflow.

Thus, what you want from an upgrade should be step one. If you think your current body might be holding you back, such as poor performance in low-light, it may be time to upgrade your camera. If you currently have a basic compact camera, the next steps could be a full-blown DLSR with interchangeable lenses. Maybe its the option of a basic DLSR to a more professional body. If money is no object, you may even fancy dabbling in a medium format camera.

Your current camera gear may be hindering you creatively, you need something more professional, it’s showing its age, manufacturers have dropped support – these are all good reasons to upgrade your camera. Keeping up with the Joneses is not. Gear envy will always be a factor, but you should always try to resistant and be as practical as possible.

Most photographers stick with the camera brand they first bought into. They learn the ropes and idiosyncratic ways of each manufacturer and, if using DLSRs, buy a bunch of same-brand lenses. When it comes to upgrading, it’s common to look at the latest and greatest from your chosen brand.

However, you may find yourself swayed by the great new features from another camera maker. For myself, owning a bunch of Canon lenses gave me the option of buying one of the cameras in Sony’s great mirrorless lineup. Stick on a lens adapter and it’s good to go.

In my case, DSLRs still perform better in some situations than a mirrorless, so I passed. Nikon, on the other hand, has some rather tasty camera bodies with great dynamic range, but it would mean selling all my current lenses to switch to Nikon. Decisions, decisions.

All camera brands have their pros and cons. There is no better-than-everything-else camera out there, so this means you have to do plenty of research, review, and read which camera bodies tick the boxes for what you need them for.

Another example, before buying into the 5D Mark IV there were the options of the 5DS or 5DS R. Lovely 50MP resolution, but the big ‘but’ was only 1600 ISO; not great as an all-rounder, so the 5D Mark IV was the obvious choice for me. Decide what your main uses are for a camera body and go from there.

This point has to be noted. It’s common knowledge now that the pixel count on any camera is just one part of the story. It was almost a calling card for picture quality at one point. With DSLRs anything over 25MP is plenty, unless you want to print your images out to the size of a billboard poster.

Your current camera body could act as a nice backup to a new one, but not everybody is in the position to afford this or wishes to do so. If you plan on selling, keep an eye on the second-hand market, as you don’t want your old camera body to become worthless.

Let’s say you’ve convinced yourself to buy the latest medium format, five billion-megapixel super camera. Your reasons are: better quality, high resolution, and more functionality. Renting could be the first option, not just to test the waters, but see if all the wanted facilities really matter and work for you. Renting camera equipment isn’t cheap, but it’s better spending a hundred dollars rather than a few thousand if you don’t need everything on a new camera.

So Is It Time to Upgrade Your Camera?

I have to admit, there’s nothing like buying a new camera body, especially when it’s been years since your last upgrade. It’s like driving a car for a long time, getting used to it and you only realise the benefits of a new version once you’ve driven one. But like a car, a camera body can serve you for years extremely well if you know all its ins and outs.

The upgrade process should be just that. A new camera that benefits your workflow, increases the quality of your images and provides more keeper images than ever before. If you have the money and decide to upgrade your camera just for the sake of it, that’s fine. For everybody else, nail down what you want from a new camera body then go from there.