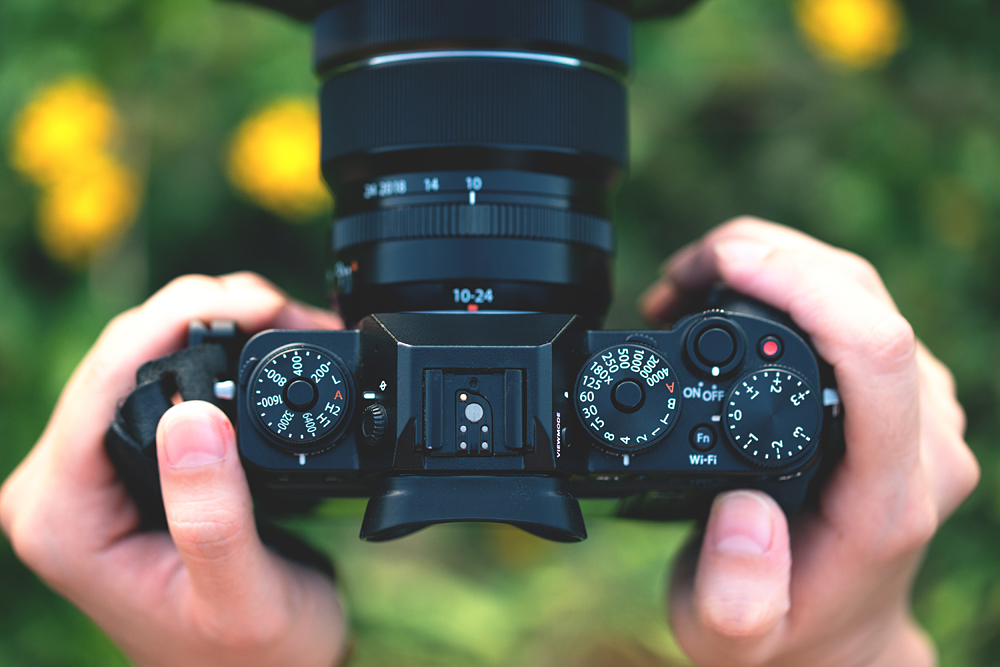 Learning the plethora of terms and definitions for any subject area can be an ongoing task. Considering all the areas of photography, there can be a lot to learn, some specific to film and some to digital. We will be dealing with what you could consider as the fundamental terms in photography, rather than other common photographer’s lingo like, ‘get out of the way’, ‘please look at the camera’ or ‘has anybody got some AA batteries?’

We’ll go over some of the most commonly used camera terms and what they mean. This at least should give you a good starting point for each term’s meaning and for further reading.

Learning basic fundamental terms in photography can get you a long way. One of these is aperture, one of the building blocks of creating a perfect exposure. The aperture of a camera is the opening or hole you see inside a lens which can change size, letting in more or less light. The wider the hole, the more light is allowed to pass into the camera. The smaller the hole, let’s in a smaller amount of light. More light means a brighter image.

Apertures are measured in f-stops, which basically means the smaller the number, the wider the aperture hole. For example, f/1.8 has a very wide opening, while f/22 is a small hole or aperture. This is easier to see through on old film lens or a lens with a manual aperture ring, where you can turn the aperture ring then look down the lens barrel and clearly see the aperture ‘diaphragm’ change in size.

So, aperture is one of the settings which dictates how dark or light an image is exposed. But, aperture also has other effects on the look of an image. It also affects the depth of focus or or how much of an image is in focus. This can range from a completely blurred out background to everything being in sharp focus. Generally speaking, the smaller the f number, the smaller the depth of field**.

This all makes sense when you try this out yourself. Attach your camera to a tripod, focus on a near subject, then keep changing the aperture values only for each image. This affects your exposures and depth of field to an image. Basically, learning how aperture works can take you a long way in photography.

This isn’t a Japanese weapon but a term to refer to blurred backgrounds, rounded highlights and smooth transitional colors. This is obtained with a narrow depth of field. Not all lenses are created equal, which means certain lenses create better bokeh than others. Generally, a lens with a low f-number like f/1.8 can create creamy looking bokeh, than a lens with a more narrow full aperture like f/4. Generally, the more expensive the lens, the better the bokeh quality.

This setting dictates the amount of time light is allowed to hit the sensor. Written in fractions of a second, the higher the number, the shorter the amount of time. 1/200 is one 200th of a second, while 1″ is 1 second. The longer the shutter is open, the more light that hits the sensor. But, just like aperture, it has more than one affect on an image. For fast-moving objects you need a fast shutter speed. Slower shutter speeds are generally for letting in more light but also for purposefully creating some blur in an image.

The exposure of an image is controlled with aperture, shutter speed and ISO. These setting basically control how light or dark an image turns out. Aperture controls how much light hits the camera sensor, shutter speed for how long and ISO for how sensitive the sensor is to the light. This is a very basic explanation, as there are decades of books written on each of these areas, so definitely do some more reading on these topics. If you learn nothing else about your camera, learn how these three areas work.

This is most commonly found when talking about the zoom on a camera. Digital in this sense means software is doing the zooming instead of the optics in the lens. So, the amount of optical zoom is the most important.

Focal length refers to the millimeters distance between the lens and the film/sensor. It also controls the angle of view and magnification. For example, a 10mm lens is very wide-angle, while a 200mm lens is more ‘zoomed in’ or has more magnification. Once you try out a few different focal length lenses, you’ll then immediately know the properties of a lens and the types of images it will be good for – a 10mm lens could be good for capturing large buildings, large landscapes, while a 130mm could be good for portraits or a medium zoom.

ISO basically means how sensitive the camera sensor is to light. A very basic way of thinking about it is as old school film. (I know it’s not the same, but it’s a good analogy.) In the old days, the higher the ISO number, the more sensitive the film was to light. 100 ISO was fine for daylight images. In dark conditions the film needed to be more sensitive, so a higher ISO number, maybe even 3200. The flipside, the higher the ISO number, the more grainy or noisy the image. Film grain can be a nice effect, but generally, you want to keep the ISO number as low as possible.

A camera needs to judge the color temperature of an image. Get it wrong and images can either look too yellow or too blue, unless that’s the effect you want. With the white balance spot on the camera will see whites and blacks exactly as they appear. Most cameras have automatic white balance, but a camera doesn’t always get it correct. If you shoot with RAW files, white balance can be easily adjusted with software to make all your images look as natural as possible.

A camera’s manual mode allows the photographer to set all the parameters of an exposure themselves. This means the aperture, shutter speed and ISO can be individually set. Unless your camera is a low cost, point and shoot, it may have a manual mode. Semi-manual modes include aperture priority, shutter priority and programmed auto. In these modes you change one setting and the camera does the rest.

But why have a manual mode when cameras are smart enough to give you a good exposure? In a studio you may want to get the correct settings for your light setup, then shoot away with everything unchanged. With more experience, the more you learn what settings work in a certain situation and you’ll want to manually control those.

You need to know how much light is hitting the camera sensor for the correct settings. Metering either done by the camera or with a light meter is referred to as metering. Cameras have different ways to read the light, from a small area of a scene, to the whole area. Cameras will have terms like Matrix metering, center-weighted metering or spot metering.

That metal slot on the top of the camera, primarily used for a camera flash.

As with anything in photography, you have to try all these things out in practice. It’s okay learning the theory behind things, but the more you play and practice, the more creativity you have so you will know what will work in different situations.