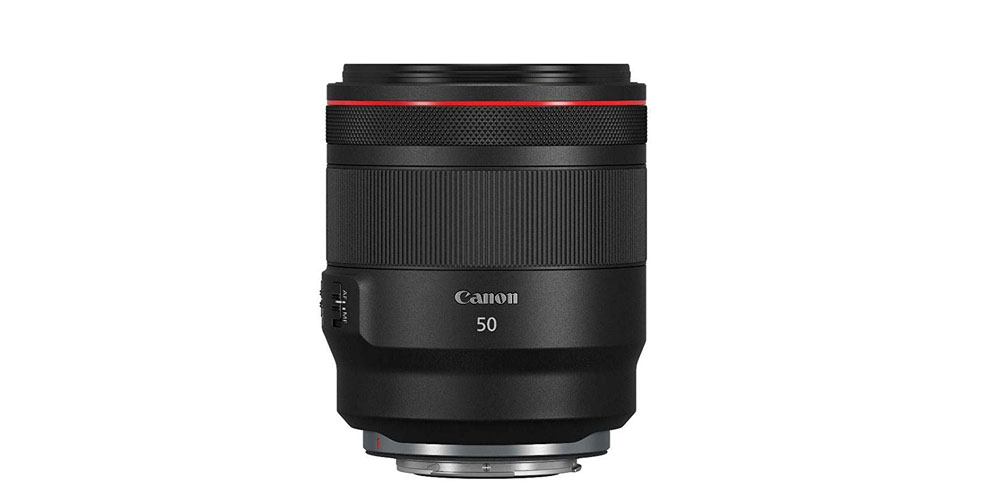 A new decade means new technology and this is definitely the case with Canon’s new mirrorless cameras and RF lenses. First revealed in September 2018, the new range of RF lenses don’t just bring the latest optics, but also a new way of working.

In this little Canon RF lens comparison, we will go through the most commonly used focal length lenses, the various price points and the advantages over the older system.

If you’re unfamiliar with the newfangled mirrorless cameras or compatible Canon RF lenses, then here’s a quick catch up. Canon has been using the tried and tested EF lens mount since 1987.

With the development of the mirrorless camera format, Canon along with other manufacturers needed a new range of lenses. Not that the old lenses had run out of juice, but rather the new camera design has a shorter flange distance between lens and sensor, with the same mount diameter and 12 electrical contacts(four more than before), with an electronic viewfinder being employed rather than an optical version.

For the user, this ultimately means a completely new optical design, shorter length lenses, wider apertures, and additional functionality such as the control ring on the lens barrel to change camera settings, such as exposure compensation and ISO.

For those who already have a bunch of EF and EF-S mount lenses, fear not as there are adapters to gain the full functionality of the older system on the new camera bodies.

At the time of writing, there are 10 Canon RF lenses available which range from the high end to more affordable options. Along with three handy adapters, allowing the attachment of EF lenses. The current lineup leans more towards the higher end offerings, but as you can see from the roadmap below, a further eight RF lenses will be coming in the next year or so.

Canon promises there will be 17 RF lenses by the end of 2020, along with two extenders and three EF-EOS R adaptors available. Plenty of options for the enthusiast up to the professional. Which leads us nicely to the Canon RF lenses currently available and what they have to offer.

The initial concern for enthusiast photographers who bought into the mirrorless system was that only boutique zoom and prime lenses were available. Although the cheaper end of the spectrum is still thin on the ground, the cheaper offerings at least gives a taste of what is to come.

The only non-L-series prime lens available for the RF amount is the Canon RF 35mm f/1.8 Macro IS STM. A prime lens with fantastic optical qualities, benefiting from a fast f/1.8 aperture, a Macro mode and image stabilization. The five stops of compensation allow for some extremely low shutter speeds, which means this little lens will be a great lowlight operator.

It’s also extremely lightweight, making for a perfect match up with the compact, Canon EOS RP. Enthusiasts may be screaming out for a cost-effective zoom, but we can see why Canon brought out the 35mm lens first, being an excellent all-rounder focal length. Great for anything from street to travel photography and even portraits.

This was the first prime lens to be released with the EOS R camera, showcasing not just the new L series, but also the high quality of both lens and camera. A 50mm lens is the obvious first choice release, being the ‘standard’ focal length, suitable for everything from portraits to landscape photography.

The f/1.2 aperture of the Canon RF 50mm f/1.2L USM will come in very handy for portraits, producing excellent bokeh and being an L-series lens, this example is fully weatherproofed and built for the extremes of everyday use. It has a high price tag, but is fully capable of showing exactly what the full system can achieve.

If you prefer a true f/1.2 85mm lens, at the top of the Canon range, then look no further. The f/1.2 aperture provides lovely bokeh and is the ideal focal length for portrait to wedding shooters. Built to L-series standards, this is the type of lens that will provide you years of quality images and is sure to be the standard portrait lens moving forward.

The ‘DS’ version of the 85mm f/1.2L as above, has the same workings as the ‘standard’ version, with the addition of the Defocus Smoothing optics. This essentially means a DS Coating has been applied to two of the lens elements, resulting in some of the best bokeh effects known. This means extremely smooth transition of colors, with higlight balls being rendered as smooth areas of light, rather than with hard edges.

The downside is that the ‘DS’ coating reduces light transference by roughly one and a third stops, essentially making the widest aperture more like an f/2.2. It should also be noted that the Canon RF 85mm f/1.2L USM DS still has the same depth of field as a f/1.2 lens, just with reduced light input.

We recently reviewed both lenses, both being extremely high quality. Which means the choice between the two will ultimately come down to which bokeh look you prefer. Plus, the regular version comes in a few hundred dollars cheaper than the ‘DS’ version.

For those wanting a wide-angle view of the world, plus zoom capabilities, the Canon RF 15-35mm f/2.8L IS USM should fill this space. The f/2.8 aperture coupled with the image stabilization system gives plenty of lowlight capabilities and even respectable bokeh if you stand close enough to your subject.

An ideal lens for those who shoot predominantly landscapes and need a solid workhorse lens, which will work equally well for both stills and video.

Like the other L-series offerings, the Canon RF 24-70mm f/2.8L IS USM has a sizeable price tag. But, even for the enthusiast, if you only have one zoom lens in your arsenal, this is the one to get. Superior optics with a wide enough angle for landscapes and telephoto enough for portraits.

Traditionally, the 24-105mm lens was for those who wanted a great all round zoom lens and L-series quality. The scenario of if you had to choose just one lens for general use, this would be the option. In RF form, the Canon RF 24-105mm f/4L IS USM was the ‘kit lens’ that came with the Canon EOS R. Also, being the first RF zoom with stabilization.

It’s also a great option if you don’t want to spend the extra on the 24-70mm f/2.8L, you’re fine with an f/4 aperture and prefer a little extra length at the telephoto end. From the enthusiast upwards, this lenses a great option.

Aimed at the enthusiast photographer, the non-L-series Canon RF 24-240mm f/4-6.3 IS USM is super compact and a great balance on the Canon EOS RP. Featuring 10x optical zoom, with the addition of image stabilization. This lens will cover everything from wide-angle shots to super-telephoto, with image stabilization being a great addition at the telephoto end for applications such as wildlife photography.

The lens is also at a reasonable price point, making for an ideal everyday solution for travel to street photography.

The Canon RF 28-70mm f/2L USM is great example of how wider apertures are achievable with the new RF mount. In this case, allowing for an f/2 aperture, which is a full stop more of light gathering than its equivalent zoom lens of the past. It may be slightly less wide-angle than the 24-70mm, but for those who need the extra lowlight capabilities and shallow depth of field, this lens could be a great option.

Solid build quality and an ideal lens to cover the most useful of focal lengths. This lens offering also gives another option to the user over the 24-70mm version.

Another standard zoom lens in the Canon arsenal the Canon RF 70-200mm f/2.8L IS USM is a staple zoom for those who shoot predominantly sports, wildlife and events. Although it still has the same width of aperture as the EF version, the lens now has image stabilization and comes in a more compact form, being roughly 2/3rds the size of the EF version.

This is a pro-quality lens, with options for setting different amounts of image stabilization, focus limiting and the superior optics we have grown accustomed to. It’s by no means a lightweight lens, but the superior image and video quality will surely distract you from any biceps strain in the future.

If for some reason none of the lenses above fit your budget or preferences, then Canon still has lenses to be released in the next year. A more cost-effective version of the 24-105mm comes in 2020, in the form of the RF 24-105mm f/4-7.1 IS STM. A non-L-series lens with a variable aperture, more suited to the enthusiast who wants an all-encompassing zoom solution.

There’s also the RF 100-500mm f/4.5-7.1 L IS USM, which is a do-it-all pro lens. When coupled with the new RF Extenders, it can provide telephoto capabilities only available before to the top-end sports primes.

Third-party makers are also hot on the heels of the RF system, with the likes of Samyang producing a wide-angle MF 14mm f/2.8 RF prime lens. The company also produces the MF 85mm f/1.4 RF, which is an ideal portrait focal length and with the f/1.4 aperture, produces excellent bokeh characteristics.

How Do They Compare

Comparisons between individual lenses is a difficult proposition, as the current Canon RF lens range has different focal lengths, optical characteristics, price points, and features. In many ways, just like the EF system, the RF mount lenses should be evaluated on their own merits and your own personal needs.

Price will always play a factor, which means for the enthusiast the 35mm prime and the 24-240mm f/4-6.3 IS could be a good choice. For those who want the best optical qualities and price comes second, the range is far wider and covers the most usable focal lengths for both zooms and primes.

Canon has stated that ‘for now, our focus is on RF.’ So, we will be seeing the lens lineup slowly expand for both the standard and L-series offerings in the next few years, with new additions of the current lineup as technology progresses.

Faster communication between camera and lens, wider apertures and more compact designs will ultimately build out the lens platform for the next generation of photographers. It’s still relatively early days of Canon RF lens, but for those who have already bought into the system, there are lens options covering the most used focal lengths for both primes and zooms.

Backwards compatibility has also been built into the system, which means you can keep your tried and trusted EF lenses. However, there’s nothing like using a native lens format, with the RF mount now being the new standard for decades to come.