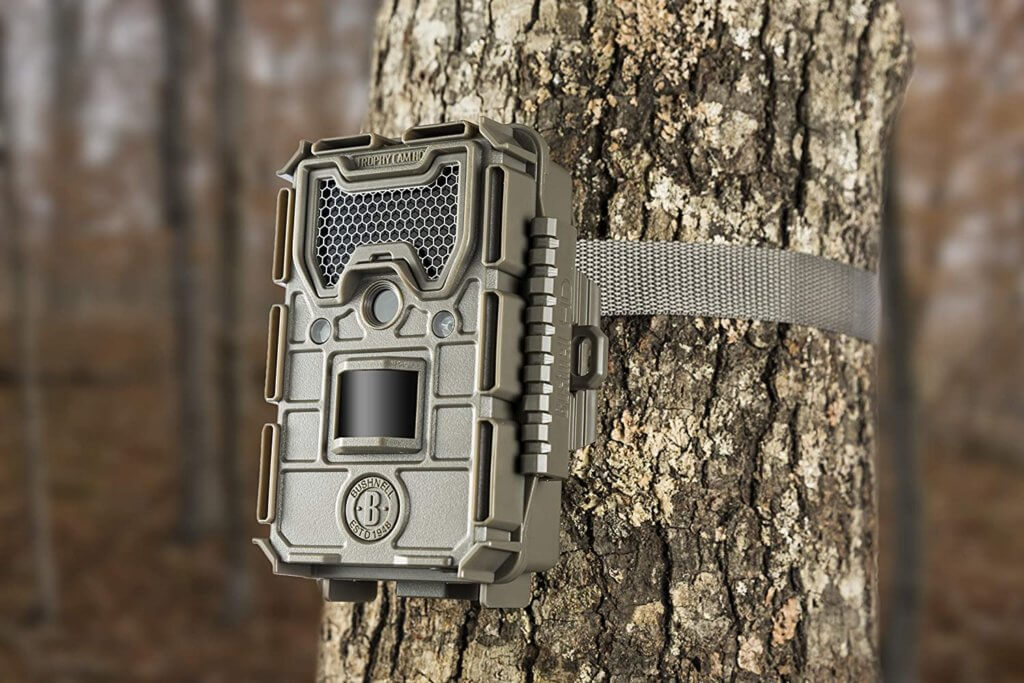 Cameras play a critical role in our daily life. From many homes to offices and businesses, they are being installed for surveillance and security. Similarly, you will find a CCTV camera on every street or corner of large cities, placed strategically to keep an eye on the densely populated areas.

Now cameras have started appearing in the wild as well. Whether you are a wildlife explorer, a hunter, or a researcher, you will need a camera to watch animal activities. The problem is, animals are often skittish and it’s very hard for humans to physically go out there and observe them. Luckily, a trail camera is a useful tool in this scenario and makes your job easier by acting as a remote pair of eyes to watch the animals and capture their images.

There are tons of options on the market right now and we have reviewed some of the best trail cameras that will help you capture the activity and behaviors of the animals you are documenting, without scaring them away.

The Campark T70 is an excellent trail camera being offered at a very reasonable price. It features a 14-megapixel sensor, 1080p video resolution, and the 44pcs No Glow IR LEDs that can capture clear images at night, without frightening the animals. The T70 is waterproof and works well in harsh weather.

The triggering distance of the camera is about 20 meters, meaning it covers a large open area to capture a detailed image. It can keep up to 32GB of MicroSD storage, so you won’t run out of the storage space too quickly.

With a fast trigger speed of 0.5 seconds, the Campark T70 hunts the target as it detects the movement. Its 2.4-inch LCD allows you to review the captured images and videos without having to insert the SD card into your PC or laptop.

If you are looking for high-resolution images, large storage space, and enhanced detection range, you’ll love to have the Browning Strike Force HD 850.

It features a 16-megapixel image sensor, up to 512GB data storage capacity that allows you to take thousands of high-resolution images, and a detection range of around 80 feet. After the camera has detected motion, it takes only 0.4 seconds to capture the image. Besides, it offers 720p video capture and IR Illumination.

The Bushnell Trophy Cam is capable of detecting a moving object from about 100 feet away. It takes only 0.3 seconds to take the shot after detecting any motion. The camera utilizes a 16-megapixel sensor to capture a great amount of detail. Moreover, it supports 720p HD video recording and up to 32GB of data storage.

Another feature that makes this camera stand out among others is the ARD (anti-reflective device) shield. It helps conceal the camera in daylight due to its anti-reflection nature, whereas the Low Glow LED keeps the camera hidden while capturing the images at night. Additionally, the Bushnell Trophy trail camera delivers exceptional night vision performance.

The Olymbros Trail Game Camera is an incredibly durable product. Its metal buckle strap prevents the camera from getting damaged. It captures great quality images with its 16-megapixel sensor and has 1080p HD video recording capability.

Moreover, the Olymbros camera offers a detection range of up to 20 meters, which has now become an industry standard. With its 110-degree lens, you get a wider view. The only drawback you will see in this trail camera is its 0.6s trigger speed, which may not seem enough to capture a fast-moving target.

If you are into hunting and want to show off your hunting skills to your friends and family, the LiDCAM LC-WF is the best trail camera to go with. It’s lightweight and you can easily attach it to your hat to start recording the hunting session.

The LiDCAM LC-WF also has an app, that can be downloaded to your smartphone so you can easily control the camera while hunting. It supports 1080p video capture, features a 120-degree wide-angle lens for a broader view and also comes equipped with dual LED lights that help you hunt at night.

The usogood trail camera features a 14-megapixel CMOS sensor and there is no other like it when it comes to image quality. Above all, it offers sharp, Ultra HD photos at a significantly lower price.

It allows you to record 1080p HD videos with vivid colors in daytime and B&W at night. You get an impressive fast trigger speed of 0.2 seconds. The camera remains hidden from animals or intruders while capturing the images with its invisible infrared LEDs.

The Victure Trail Game Camera comes equipped with almost all the features that the Campark T70 offers, but you get this package at a significantly reduced price.

Like the T70, it features a detection range of 20 meters, has a trigger speed of 0.5 seconds, and its No Glow IR LEDs would help capture the photos at night. The 2.4-inch color LCD is also available.

However, the sensor resolution has been reduced to 12-megapixel and the IR LEDs to only 26pcs, which means the camera may deliver blurry images when shooting in the dark.

There shouldn’t be any second thoughts on getting a trail camera if you are a wildlife explorer, a hunter, or even if you want it for security reasons. They don’t cost much, yet they are incredibly useful gadgets. We hope it helps you choose the best option for your outdoor adventures.