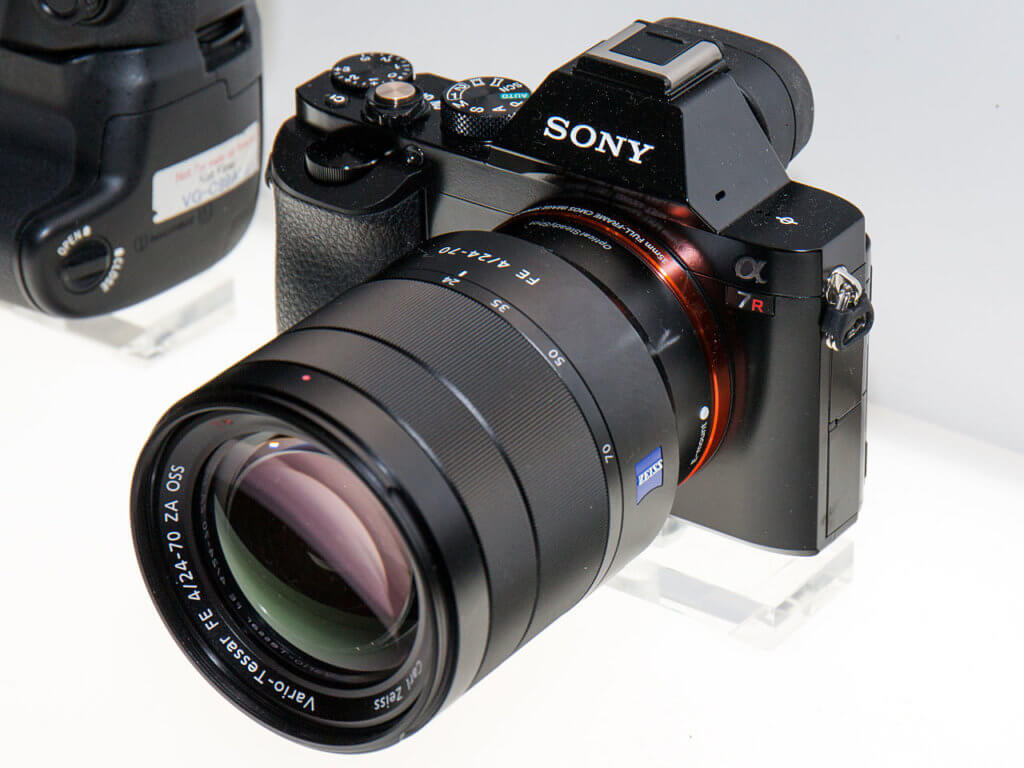 The ever so useful 24-70mm zoom lens is arguably the best all-rounder, covering the most useful of focal lengths. This lens has been used for photojournalism to portrait shots and everything in between. Thus, the reason for outlining the best Sony 24-70mm lenses currently available.

On the surface, this should be a short story, with Sony’s own offering in this camp being the obvious choice. But, lenses that natively fit onto the Sony mount in the 24-70mm camp are in short supply, but they are out there. In this article, we focus on lenses that directly bolt onto a Sony camera with seamless workings.

It’s not exactly a surprise that the Sony FE 24-70mm f/2.8 GM is in the top spot with its fantastic optics and features. The Sony benefits from a fast and wide f/2.8 aperture, the superior build quality of the G Master series, and it can be used on both E mount full-frame and crop sensor camera bodies (36-105mm equivalent focal length).

The optical design consists of three aspherical elements, one being an XA element, with the others being an extra-low dispersion and Super ED elements. A Nano AR Coating has also been applied to reduce the likes of lens flare and ghosting, along with increasing contrast and color. Additionally, a Direct Drive Super Sonic wave motor handles auto focusing with constant manual override.

The lens barrel itself is fully weather-sealed and features a simple design with an AF/MF switch and a focus hold button. The aperture consists of a nine-blade rounded diaphragm for superior bokeh renditions.

With this lens strapped onto the likes of a Sony a7 III, the full resolution of this lens can be appreciated, with lovely sharp images throughout the aperture range. This lens has fantastic sharpness levels and delivers excellent levels of contrast and just the right amount of saturated colors.

It’s also a relatively heavy lens and the price point is for the most discerning. But, if you can afford the price tag there’s no better 24-70mm for the Sony platform.

It seems of late that if a same-as-camera-make lens isn’t to your fancy, then the Sigma Art range is a great second choice. The Sigma 24-70mm f/2.8 DG DN Art is one such lens that is being widely used on a bunch of camera platforms. It features wonderful optics for the money.

The lens has a higher than normal 11-blade rounded diaphragm and although it isn’t fully weatherproofed, it does have a brass bayonet fitting with rubber seals. This lens is wonderfully sharp at f/2.8, has a very useful close focusing distance of 18cm, and like the rest of the Art series lenses, the only real downside is its size and weight.

For those screaming out for a Sony 24-70mm lens, but can’t stretch to the cost of the G Masters series, the Sony Vario-Tessar T* FE 24-70mm f/4 ZA OSS is a possible option.

The Vario-Tessar features a constant f/4 aperture, with the renowned Zeiss T* anti-reflective coatings. One extra-low dispersion and five aspherical elements have been included in the optical arrangement, with a linear autofocus motor and something the others don’t have, Optical SteadyShot image stabilization. The lens is dust and moisture sealed for added protection.

Although this lens doesn’t go as wide as the other offerings on this list, it has very respectable image quality for its price point and the addition of image stabilization is a great helping hand for lower shutter speeds.

Although the Tamron 28-75mm f/2.8 Di III RXD is just a touch out of the scope of the 24-70mm range, it’s still worth mentioning. This is mainly due to its fine optics, Sony compatibility, and the fact that there aren’t a lot of Sony 24-70mm lenses knocking around.

The Tamron can fit full-frame Sony cameras along with APS-C models providing a 42-112.5mm focal length. Optically, the lens consists of one XLD (eXtra Low Dispersion) and one LD (Low Dispersion) element. It also features two hybrid aspherical and one molded glass aspherical element, along with a BBAR (Broad-Band Anti-Reflection) coating.

The autofocus motor is extremely quick and quiet, which will be great for video work and you cannot fault the sharpness levels from f/3.5 and upwards. The lens has a very useful close focusing distance of 19cm, which doesn’t exactly take it to macro territory, but it’s still very good for shooting small subjects.

Although the optics are a sliver less detailed than the more expensive options on this list, the Tamron is a great solution for those who still want great image quality, but can’t justify the expense of the likes of the G master series.

An Overview of the Best Sony 24-70mm Lenses

If you can stretch to the price of the Sony FE 24-70mm f/2.8 GM, then it’s an excellent choice for the highest resolution Sony cameras. However, for those who can’t justify the price, the other options on the list still provide excellent optical qualities and in the case of the Sony Vario-Tessar, even provide image stabilization.

If you’re currently diving into the heady world of an all-rounder zoom lens, then you can’t go wrong with a 24-70mm. Owning a version with a f/2.8 aperture is the preference, but even the offerings with a f/4 aperture provide great image quality for the money.