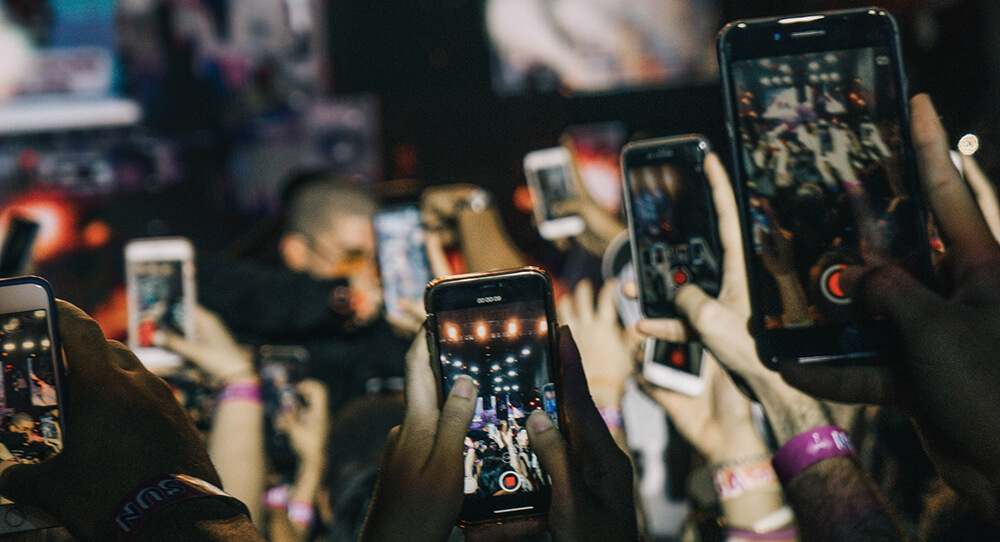 The gap between high-end and mid-range smartphones is becoming narrower each year. With the ever-growing and intense competition, manufacturers are trying to squeeze as much as possible into their mid-range and even budget phones.

The competition is fierce in the $400 price bracket, which is a good thing for consumers on a budget. Now they can get many features in budget phones that were usually reserved for premium devices. However, with so many options to choose from, it can become difficult to pick a phone that’s perfect for you. To make the decision easier, here are the top six smartphones under $400 and why each made the list.

The Google Pixel 4a is as fully-featured a phone as possible in this price bracket and offers great value for the money. In 2019, the Pixel 3a redefined what a budget Android phone should be like. Google kept what worked in the 3a, added a few more improvements, and managed to offer the newer device at even less than what the Pixel 3a cost.

If you are on a budget and still want the best possible smartphone camera experience, it’s hard to recommend anything other than the Pixel 4a. It might not have a multiple camera setup and beefy specs like the high-end Pixel 4, but you get almost the same software features, a 12MP primary and 8MP front-facing camera, and guaranteed updates for years to come. These and a plastic body are perfectly acceptable trade-offs when you consider the price and that it packs a gorgeous 5.81-inch AMOLED display.

Unlike the more expensive flagship Pixel, the 4a has a 3.5mm audio jack, stereo speakers, and a 3140 mAh battery which has become a rarity in current smartphones.

To compete with the likes of the Google Pixel 4a, Samsung had to come up with something that differentiates its phones from the rest. The redesigned Galaxy A51 features the Infinite-0 Super AMOLED 6.5-inch display and an in-display fingerprint, which are usually reserved for premium phones. The A51 does cut some corners to cut costs, but you still get a pretty decent camera setup, which includes a 48MP primary camera, an ultra-wide camera, a 5MP macro lens, and a 32MP front camera.

The A51 does not sacrifice battery life for a bigger display and there is little to complain about with the phone, considering how much it costs. The Galaxy A51 works well for those who want a great balance between display quality, battery life, camera, and software experience.

Including the LG G8 ThinQ on the list might come as a surprise to some, but aren’t yesterday’s flagships supposed to be better than today’s mid-rangers? LG’s G8 ThinQ is a 2019 flagship that still packs a punch and is currently available at a price you cannot ignore.

It has an 8MP front-facing camera setup (including one of the best ultra-wide cameras), dependable 3,500 mAh battery life, and a bright and colorful 6.1-inch P-OLED display. Plus, some gimmicky features like the 3D ToF make it a great option to consider in the top smartphones under $400 category.

You get a variety of stunning colors to choose from, premium materials, and other flagship features at a mid-range price. The LG G8 is also MIL-STD-810G compliant, which essentially means it’s able to survive extreme conditions and is more durable than most other non-compliant phones. A Quad-DAC audio chip and 3.5mm audio jack are bonuses that audiophiles will love to have.

A premium-feeling and eye-catching design, low price tag, and high-quality display contributed to the OPPO Reno Z making it to this list. With a 6.4-inch P-AMOLED display, this phone looks and feels high-end from every angle and comes with an in-display fingerprint reader. Add a beefy 4,035 mAh battery to the equation and you get a phone that can easily last for a full day in most situations.

The Nokia 7.2 targets brand loyalists on a budget and comes with a 6.3-inch IPS display and triple camera setup. The smartphone is part of the Android One initiative, which means timely updates and a Pixel-like experience for less money. The frosted glass back is a rarity in the midrange. There isn’t much to talk about in the specs and camera department (despite the phone carrying the ZEISS label), but considering the price and the brand name, it’s not that bad.

Buying the Nokia 7.2 mainly comes down to whether you are a brand loyalist and whether or not you prefer a single camera system over a triple camera setup (it includes a 20MP front-facing camera). It’s also relatively cheaper than other smartphones covered here, so it’s up to you to decide if a specific brand, triple camera setup, and 3,500 mAh battery are more important than more capable single-camera smartphones.

The Huawei nova 5T is a pro-level smartphone that comes with Huawei’s in-house Kirin 980 SoC. Solid performance, good looks, and a quad-camera setup for under $500 represent great value for the money. If you can live with an LCD panel and without water resistance, a headphone jack, and wireless charging, there isn’t much else to complain about with the Huawei nova 5T.

Huawei launched the nova 5T for people who are on a tight budget but still want the performance, look, and feel of a high-end device. You get a big 6.26-inch IPS display, Huawei’s top-of-the-line silicon, a P30 Pro-like quad-camera setup, and 8GB RAM/128GB internal storage for a modest price tag.

The rear camera setup includes a 48MP primary camera, 16MP ultra-wide, 2MP macro, and 2MP depth, while the 32MP front-facing camera supports HDR and can record 1080p videos. A 3,750 mAh battery might not seem massive, but it can easily last for a full day on a single charge, thanks to software optimization and the power-efficient silicon.

To find out more about this amazing budget phone, read our complete review of the Huawei nova 5T.

Competition between Smartphones Under $400 Remains Fierce

When it comes to choosing smartphones under $400, the decision is easy for buyers who are loyal to certain brands. But brand-agnostic buyers have a lot of options to choose from.

The Pixel 4a is an easy recommendation if you want a legit Pixel experience and a capable camera, and can get it a discounted price. Samsung’s Galaxy A51 packs the industry-leading Super AMOLED display and a whole bunch of other features at a competitive price.

The LG G8 ThinQ is a flagship phone available at a mid-range price and is definitely worth serious consideration, while the OPPO Reno Z, Nokia 7.2, and Huawei nova 5T also offer a lot of value for the money. But in the end, picking the perfect phone comes down to your own personal preferences and the features you value the most.

If you find that $400 is just a bit more than you really wanted to spend, we’ve got you covered! You can check out some great smartphones under $300.