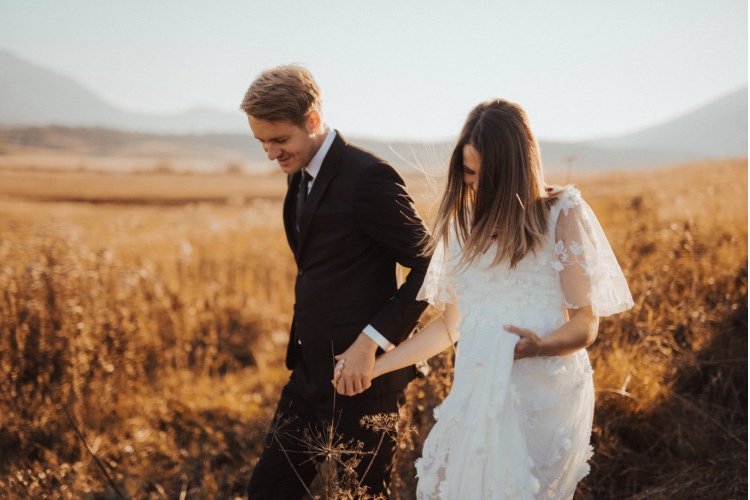 There’s always the argument in photography circles that a camera is only as good as the person operating it. This is true to an extent, but when you’re a working photographer, it’s not just about having the highest resolution camera. Your camera should also be a solution that is built like a tank and has all the readily available features you expect at a moment’s notice.

While a skilled and practiced photographer can produce great images on any camera setup, a more professional-level camera will produce the finest detail, as well as exceptional images straight out of the box. In other words, these cameras are the most well-built and feature-rich options for professionals.

So, if professional quality cameras are the best solutions, why don’t we all own one? The biggest stumbling block in this regard is usually price.

If you want the best tools in any industry, they usually cost the most, but also last the longest. The same applies to photography, where professional-level cameras may not even have the highest pixel counts, but they will have the most control over your images and be able to pull the most detail from a high-end lens.

Let’s have a closer look at the best professional cameras from the most popular manufacturers. These will include mirrorless camera offerings, along with the tried and tested DSLR solutions.

There are a few options that we could have picked from the Canon camp and although the Canon EOS 5D Mark IV is a good few years old now, it still provides excellent images and video.

The 61 phase-detection autofocus points cover the majority of the frame and there are professional inclusions such as two memory card slots, built-in WiFi, and GPS. If you really miss the extra handgrip of a Canon 1D, the optional Canon grip is always available.

I’ve been using the Canon EOS 5D Mark IV professionally for the past few years and with a high-quality prime or zoom lens, there is no faulting the image quality. All the manual controls are easy at hand and the rear touchscreen is a quick way to access the menu system, along with previewing images.

Even with mirrorless camera systems snapping at the heels of the DSLR market, the 5D Mark IV shows that the humble DSLR can still produce professional-level images in every scenario.

The Nikon Z6 is known as one of the best all-round cameras out there. Only a few cameras can compete with it due to its affordability and the versatility it brings to the table. The Z6 is a combination of excellent features and 4K video quality, alongside everything else that is essential for a full-frame mirrorless camera.

Due to this, the body of the camera is compact and lightweight. It can also be handled easily because of its ergonomically designed grip. The Z6 consists of a sharp 3.69-million dot viewfinder with a highly responsive touchscreen.

Fujifilm’s X-T3 is one of the most capable APS-C mirrorless cameras you can find. However, Fujifilm managed to incorporate most of its best aspects into the more affordable and smaller X-T30, making it an obvious addition to our list.

The camera has excellent video capabilities, a strong 26.1MP X-Trans CMOS 4 sensor, a hybrid AF system with 425 phase-detect AF, and popular film simulation modes. The only drawback is that is has a small viewfinder magnification. But, its handling prowess makes it one of the best APS-C options available.

This Sony a7 III stands out very distinctly in the full-frame mirrorless market. The core of the camera consists of a 24MP full-frame sensor, sensor-based image stabilization, 4K video, a 693-point hybrid system, and 10fps burst shooting.

Additionally, it has two card slots and 710-shot battery life, providing excellent value for money, alongside high-quality performance. Its viewfinder could potentially use some improvement. However, regardless of these minor drawbacks, the Sony a7 III is still one of the most versatile professional cameras out there (mirrorless, or otherwise).

This Nikon D850 makes a case for professional cameras outside the mirrorless market that really stand out. It has a well-rounded feature set, with makes it appealing to a diverse range of photographers, especially those who remain firmly in the DSLR camp.

If you are looking for a high-resolution camera, the Nikon D850 might be for you as it comes with a 45MP full-frame sensor. This camera is fast too, with a 7fps burst shooting option which can be further boosted to 9fps with a battery grip.

Moreover, the camera also comes with 4K video recording options and a rugged body to protect it against inclement weather. One feature which gives it a distinct edge over its mirrorless rivals is its battery life. With a huge 1,900 frames per charge, the Nikon D850 will most likely not die in the middle of your shoot.

The Nikon Z50 is a smaller and more affordable version of the full-frame Nikon Z6. It is a commendable entry into mid-range, APS-C cameras from Nikon. It is also a standout for DSLR photographers wanting to make the move to mirrorless since, unlike it’s more petite Fujifilm rivals, the Z50 gives priority to handling through its large, deep grip.

The Nikon Z50 is known for capturing great photographs and has the same fantastic autofocus system as the Z6. This model comes with a tilting touchscreen and an impressive viewfinder too, making it a suitable camera for traveling and general shooting purposes. It is also compatible with older F-mount lenses via an optional adapter, with Nikon’s new Z-Mount glass.

Olympus has refined the OM-D E-M10 Mark II, one of the best mirrorless cameras you can find, in this new upgrade. The Olympus OM-D E-M10 Mark III has sensor-based image stabilization, something that is not offered by many cameras at this level.

Moreover, it becomes even more of a competitor when you take into account that the OM-D E-M10 Mark III has 8.6fps burst shooting and 4k video recording. It can also be used with a number of compact and excellent Micro Four Thirds lenses, making it an even more worthwhile purchase.

Professional cameras are going to be expensive and thus out of reach for the vast majority. But, for the working professional, the cost is way down on the list when rock-solid build quality, functionality, and ultimate resolution count the most.

I always think of professional camera equipment like tools in other trades. You can buy a drill that only costs a few dollars, while professional versions cost hundreds. The ones that cost hundreds will last a lifetime with the peace of mind they will work, time after time. The cheap versions may do the job when used on the odd occasion, but they’re not exactly built for heavy-duty work.

If you need a professional camera solution that can handle the hottest to wettest climates, have all the functionality you will ever need, along with world-class resolution, then check out some of the options on this list and give them a test drive.