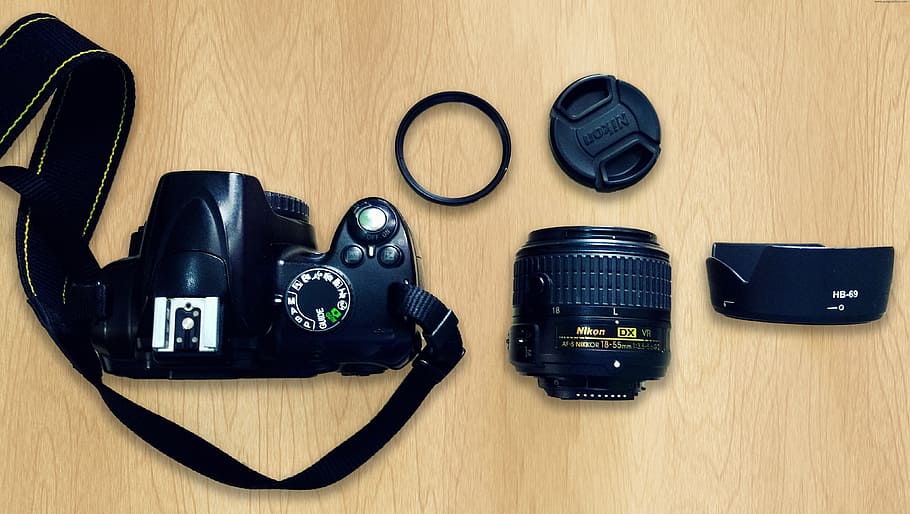 When I first started down this photography road, I thought a lens hood was just some sort of fashion accessory that was there to make a lens look larger and more impressive. Though, if this was actually the case, we would probably be talking about Louis Vuitton or Cartier lens hoods rather than Nikon lens hoods which are actually built for the task at hand.

This leads us to the most pertinent question, what is a lens hood used for? A lens hood primarily stops stray or unwanted light entering a lens and also acts as a front element protector. More specifically, a good lens hood will reduce flaring, most commonly from sun rays.

Although lens flares can be a feature in some images, they are generally unwanted as it’s near impossible to get rid of them in post-processing. A good quality lens hood will also add contrast to your images, stopping stray light from washing out a scene.

The other side of the coin is the protection that a lens hood will provide. They don’t just stop the front element of a lens getting bumped and scraped, they also stop debris and environmental factors such as snow and rain.

There are of course times when a lens hood is not needed, such as when using certain lens filters or you want a flare effect in an image. But generally speaking, using a lens the majority of the time is the best way to go.

Nikon lens hoods come in various shapes and sizes, depending on their intended lens and effects. There are generally two main designs: round or tulip-shaped. In the list below, we are focusing on the best Nikon lens hoods, with many of the principles applying to other lenses.

When evaluating an affordable Nikon lens hood it’s almost impossible to pick one specific example as each one is made for a specific lens. The general consensus is that the more specialized the lens, the higher the cost of the lens hood.

We went with the hood for the AF-S 50mm f/1.4G, as a 50mm lens is a very common and well-used focal length. We also went with a Nikon version rather than a third-party offering, as the Nikon variety simply fit without a hitch and are usually the best quality, but they also cost the most.

The Nikon HB-47 Bayonet Lens Hood is extremely well-made and snaps easily into place, creating a solid fit between the hood and lens. Even though this version may cost more than a third-party counterpart, you’re paying a little bit extra for the peace of mind this lens hood provides with quality and protection.

The Nikon HS-12 Snap-On Lens Hood is another highly useful lens hood for the Nikon 50mm f/1.2 which features a snap-on fit. The hood itself has a rounded design and like most quality lens hoods, it can fit in reverse fashion onto the front of a lens.

Although a lens hood isn’t always used with a 50mm prime, in this case having an f/1.2 aperture means lens flaring is more prone. This lens hood is designed specifically to counter this problem.

This hood also acts as a very good front element protector, as in this lens’ case, it’s rather large, and even an attached UV filter won’t protect it from the usual bumps and scrapes.

Just like the version above, you’re spending a little bit more on the Nikon version, but it is worth every penny.

The scalloped design on this Nikon lens hood accommodates the wide-angle focal lengths of the lens, while also providing the usual lens flare protection. The lens hood fits snugly onto the front of the lens, which is one of the main reasons for buying into a Nikon version in the first place.

This may be a twist-and-lock version, which doesn’t feel as secure as a snap-on version, but it’s still a very well made example and comes in at a reasonable price point.

One commonly used zoom for the medium telephoto range is the 70-200mm f/2.8E FL ED VR. If the supplied version has gone on walkabout, lost or stolen, then you need a replacement, which is where the Nikon HB-78 Bayonet Lens Hood comes in.

This version is slightly deeper than earlier models, providing plenty of lens flare protection. The hood slots seamlessly into place and feels extremely solid to stand the test of time. Essentially, this version is a great replacement for the original.

The 24-70mm focal range is one of the most widely used as it covers the most useful focal lengths. Here we have a lens hood for the highly regarded AF-S 24-70mm f/2.8G ED, which is almost a cross between a full-sized version and the petal-shaped variety.

This is a very substantial lens hood that does a great job of keeping away unwanted stray light from the front of a lens. The other consideration is that top-quality lens hoods are designed with a neutral black color that absorbs any unwanted light rays bouncing around and is a guarantee with same-make versions.

If you’re not convinced by Nikon’s own lens hoods, then third-party versions are readily available. The WAKA 77mm Lens Hood Set is incredible value for the money, and it includes a 77mm rubber lens hood, a reversible tulip flower lens hood, lens cap, lens leash, and a microfiber cleaning cloth.

This handy kit is available as universal fittings with 52-77mm filter thread versions being available, all made from grade-A plastic material. The rubber lens hood can be used for both wide-angle and telephoto lenses, just remembering to squish the thing down for wide-angle shots. A rubber lens hood is useful for shooting through glass for the next time you want to capture fish in an aquarium or similar.

These versions may not be as ultimately high-quality as a Nikon lens hood, but considering you get two lens hoods and a lens cap and cloth at a steal of a price, this package is remarkable value for money.

Lens hoods seem like such a simple item we barely think about, but they are so essential for everyday photography use. If you don’t own one already, simply buy the corresponding version for your own lens.

Nikon lens hoods are inexpensive accessories that are worth every penny, considering they can ultimately save a front element from damage and stop lens flare when it is least needed.