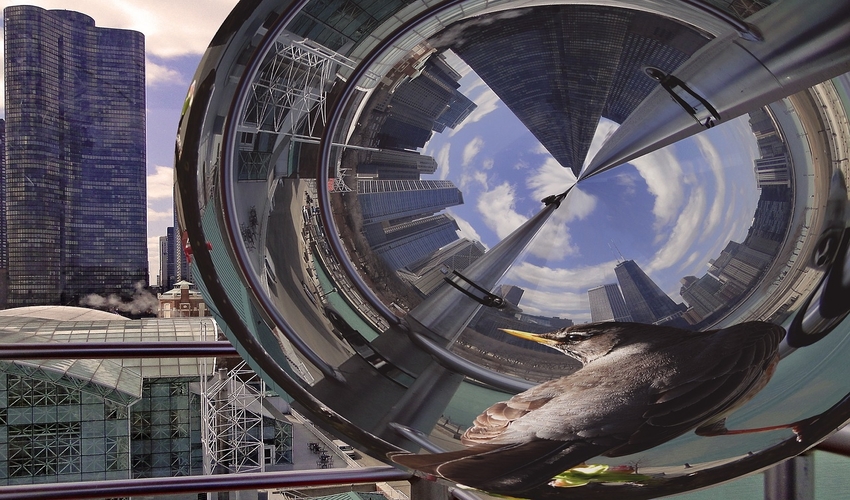 The key idea behind a fisheye lens was to give an extensive viewing angle that would cover the whole sky. It was mainly invented for meteorologists to monitor the weather conditions, but soon it got attention of creative photographers.

The regular wide-angle lenses that people use the most come with a rectilinear design that produces minimum distortion. However, the curvilinear shape of a fisheye lens produces extreme barrel distortion that gives a unique look to the images.

These lenses have become very popular and are being used for various needs of photography such as, sports, astrophotography, underwater shooting, and creating virtual environments.

Here is the list of some of our best fisheye lens recommendations that you can easily find on the market.

The Canon EF 8-15mm f/4L Fisheye USM was announced in August 2010 and it is a game-changer for photographers. Like many other fisheyes, it can be mounted on both full-frame and APS-C camera bodies, though the best results are produced with full-frame cameras.

The key feature is that this lens works as a circular fisheye at its shortest 8mm focal length, but at a full zoom range of 15mm, it produces an ultra-wide rectangular image with a 180° diagonal angle of view that fills the frame completely.

When it comes to image quality, the Canon EF 8-15mm f/4L performs beyond expectations. It features Canon’s special Subwavelength coating that helps remove lens flares. Chromatic aberrations are very well handled by the 14 elements combined in 11 groups. The picture remains very clear and crisp even in the most curved and distorted edges.

This is a copy of the above fisheye lens from Canon. The zoom range of both the lenses is same, which means that the Nikon AF-S 8-15mm f/3.5-4.5E ED also acts as a circular fisheye at the short end, and as a diagonal fisheye at the long end.

The image quality of the lens is excellent and, like the Canon, it also comes with electromagnetic aperture control. While all the Canon lenses come with the same feature, it’s a new thing for Nikon, making it incompatible with some older bodies.

One thing that Canon doesn’t offer is the variable aperture design, but as you extend through the zoom range this lens’ aperture shrinks from f/3.5 to f/4.5. It features a Nano Crystal Coating, which keeps the ghosting and flaring effects at a minimum. You can use the supplied lens hood for the longest zoom setting.

The 15 elements combined in 13 groups reduce the chromatic aberrations. It weighs 485g and has a minimum focus distance of 0.16m.

The build quality of this 12mm fisheye lens is excellent. High quality plastics are used for much of the lens barrel and the lens mount is metal. The optical design includes 12 elements in eight groups, in which three are the ED (Extra-low Dispersion) elements. It has nano-structure coatings.

It can be used with Canon, Nikon, Pentax, Four Thirds, and Sony SLRs, as well as mirrorless camera systems such as Canon M, Micro Four Thirds, Fujifilm X, Samsung NX, and Sony E.

Image quality is great in all specified options, however, instead of a 180-degrees on a full-frame option, it gives a diagonal viewing angle of 124 degrees on APS-C format bodies, and just 97 degrees on Micro Four Thirds. Unlike the Nikon version, the lens features a manual aperture control.

Sigma 15mm f/2.8 EX DG is a lightweight and compact fisheye lens due to a low number of optical elements. Its optical design includes only seven elements, combined in six groups.

The lens has a special multi-layer glass coating, which does an excellent job of reducing ghosting and flare effects. Near the rear glass you will find a holder for a single gelatin filter, which helps add some special effects or colors.

This 15mm lens provides a 180° diagonal angle of view on any Canon or Nikon DSLRs. The circular hood gives protection to the bulbous front element and can be used to create the circular fisheye effect with APS-C sensors.

Professional and advanced shooters with their Canon or Nikon full-frame/APS-C cameras, who are in search of a compact lens to take funny and creative shots, the Sigma 15mm f/2.8 EX DG Diagonal Fisheye lens can be a reliable choice for them.

Fisheye lenses come with specifically shaped glass which is why they may cost twice as much as a prime lens with a longer focal length. This is where Rokinon HD8M-C 8mm f/3.5 fisheye lens comes in.

This lens is an affordable solution for beginners as well as for advanced users with the Canon Rebel-series cameras. It has all the equipment needed to take fisheye photos with great contrast and saturated colors. The construction of the lens is solid and when it comes to chromatic aberration or other image artifacts, its performance isn’t too bad.

The EF-mount of this lens is fully compatible with full-frame Canon cameras. However, despite having an 8mm focal length, the semi-circular image appears with cut off edges at the top and the bottom on a 35mm sensor.

The attractive price of the Rokinon HD8M-C 8mm f/3.5 HD not only may interest the Canon users but also others with full-frame camera bodies.

Today, fisheye lenses are used by many photographers for different photography needs. They add some interesting effects to the images and have a significant demand in the photography industry.

Our list has some of the best fisheye lenses and they can be a great fit for beginners and professionals both. It also includes some budget-friendly options. If you want to produce images with some artistic effects, pick any of the above fisheyes.